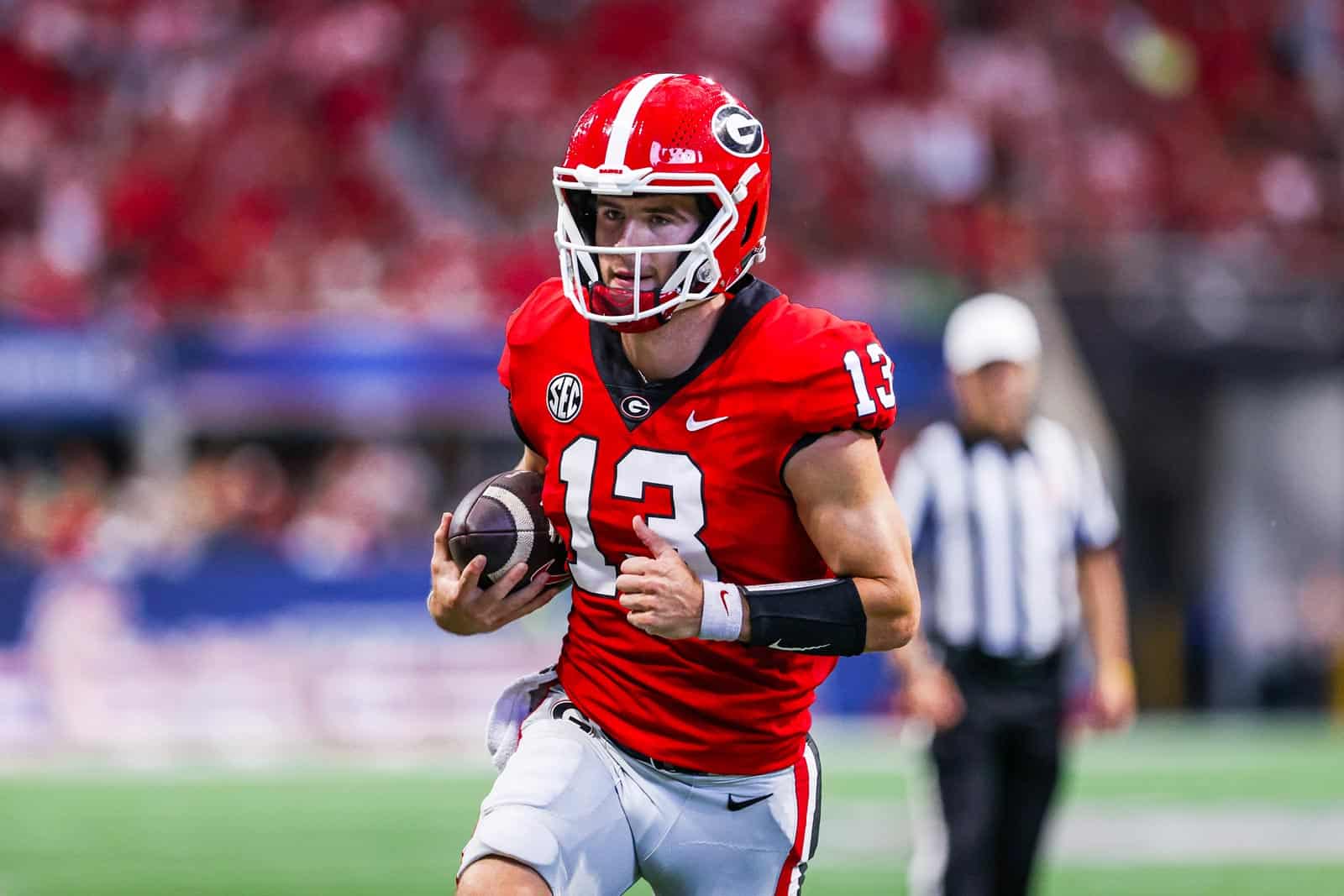 ATHENS, Ga. – Bulldog senior quarterback Stetson Bennett has been named the Walter Camp National FBS Offensive Player of the Week, according to an announcement Sunday.

Bennett, a native of Blackshear, Ga., led third-ranked Georgia over 11th-ranked Oregon 49-3 in the Mercedes-Benz Stadium in Atlanta during the Chick-fil-A Kickoff Game to give him 15 career wins as a starter.

Bennett was 25 for 31 (80.6 percent) for a career-high 368 yards and two touchdowns to go along with one rushing score.  Assuming the spot behind center for three-plus quarters against the Ducks, Bennett helped the Bulldogs go 8-for-8 on third downs while he was in as 11 different Georgia players hauled in catches in the season opener.

Georgia takes on Samford (1-0, 0-0 Southern Conference) in Athens at Sanford Stadium on Saturday.  Kickoff is scheduled for 4 p.m. and the SEC Network will televise the matchup.