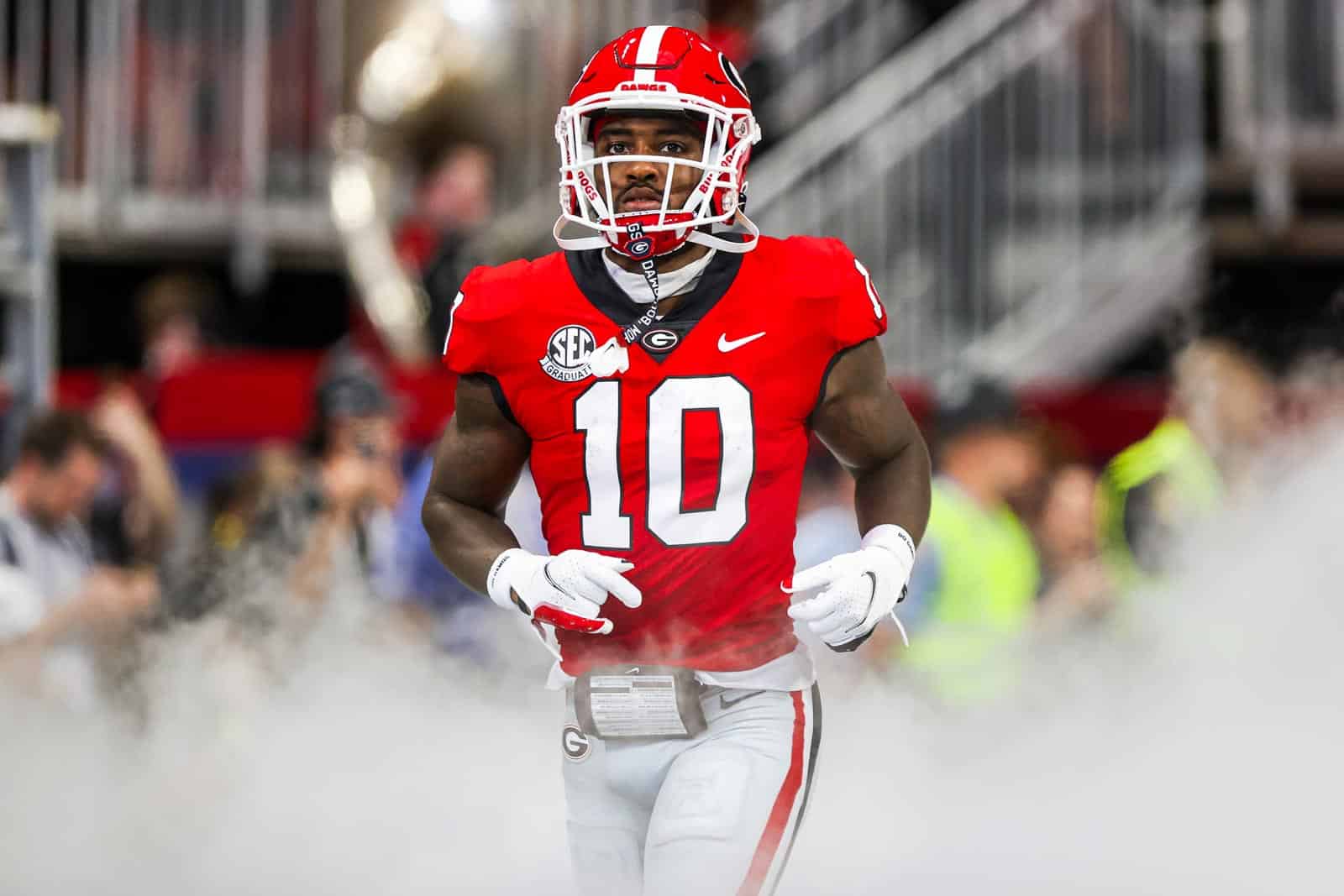 ATHENS, Ga. – Bulldog senior receiver and returner Kearis Jackson was named to the 2022 Allstate AFCA Good Works Team on Monday. Jackson is one of 11 players from the NCAA Football Bowl Subdivision (FBS) selected based on their commitment to community service.

Georgia leads the nation in Allstate AFCA Good Works Team honorees with 22 since the award’s inception in 1992, including 17 since 2000.

For 31 years, the American Football Coaches Association (AFCA) has recognized a select group of college football players committed to making a difference in their communities. There were also 11 combined players chosen from the NCAA Football Championship Subdivision (FCS), Divisions II, III and the NAIA.

Jackson, a native of Fort Valley, Ga., is one of only two players from the Southeastern Conference on the FBS 2022 Allstate AFCA Good Works Team. The SEC leads all conferences with 82 all-time selections.

Both Dean last year and Mitchell in 2015 were voted captains of their respective Good Works Teams.

Jackson has given his time to the community in a variety of ways, including:

Peach County Hometown appearances
– Beginning when he was a student at Peach County High School and continuing to today, has served as both a mentor to youth in the Middle Georgia area and as a motivational speaker to football, basketball and track & field teams in his hometown of Fort Valley, Ga.; Graduation Speaker
– Spoke at the graduations of Byron Elementary School in Peach County and a middle school in Decatur, Ga., to motivate students as they move into the next phase of their educations; Feed The City
– Assisted with a food drive through the Hunt Educational & Cultural Center in his hometown of Fort Valley, Ga.; COVID Vaccine Ambassador
– Served as an ambassador to demonstrate the benefits of receiving the COVID-19 vaccine and encourage eligible individuals to receive the vaccine, among many other activities.

Jackson has also been a leader on the UGA campus, including:

NCAA Division I Football Student Athlete Connection Group
– Represents the SEC on the NCAA group tasked with providing feedback from student-athletes on various current topics and proposed changes to the sport;

UGA Athletic Association Arch Prep
– Assisted with new student-athlete “onboarding” upon arrival on campus and took part in a student-athlete panel for new “Bulldogs” to aid in their transition from high school to college athletics.

On the field, Jackson has six catches for 86 yards during the No. 1 Bulldogs’ 3-0 start. In addition, he has two kick returns for 55 yards, including a 36 yarder against No. 11 Oregon in the opener. For his career, Jackson has 63 receptions for 873 yards to go along with more than 750 return yards in 43 games played.

Academically, Jackson earned his degree in Housing Management and Policy at the end of the Fall 2021 and is currently pursuing a master’s degree in Sport Management.

Allstate will continue its tradition of rewarding these student-athletes for their remarkable commitment to community service with an NIL opportunity as well as a charity match from The Allstate Foundation.

Fans are encouraged to visit ESPN.com/Allstate to vote for the 2022 Allstate AFCA Good Works Team Captain until Nov. 22. The Team Captain is expected to be honored at this season’s The Home Depot College Football Awards on ESPN.