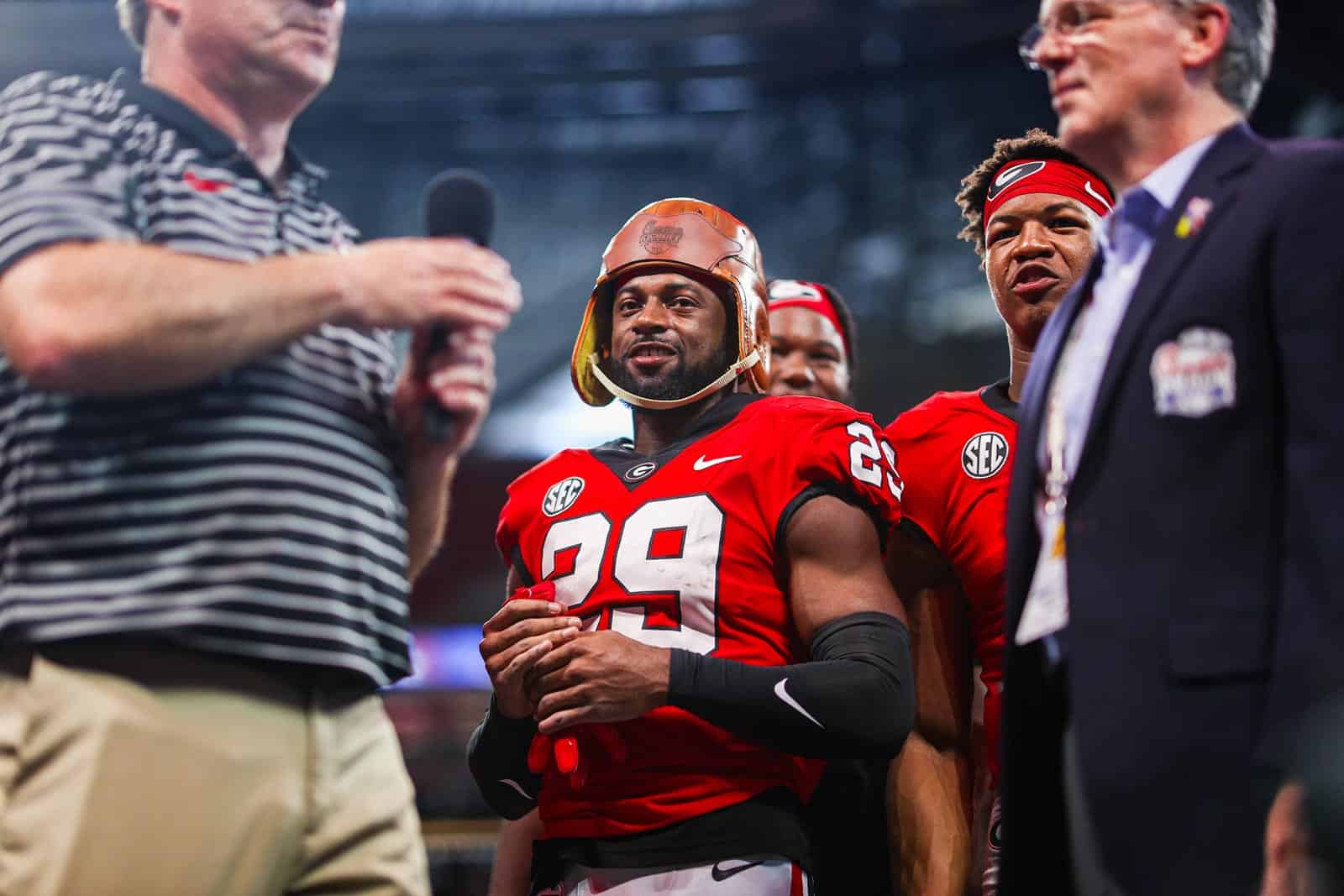 UGA football safety Christopher Smith has been named the SEC Co-Defensive Player of the Week for Week 1 of the 2022 season, the SEC announced on Monday.

Christopher Smith was named SEC Co-Defensive Player of the Week following his performance in the 49-3 victory over the No. 11 Oregon Ducks in the Chick-fil-A Kickoff at Mercedes-Benz Stadium in Atlanta, Ga. Smith recorded six tackles, including a tackle for loss, and one interception.

Smith, a senior, is one of only three starters remaining from last season’s College Football Payoff National Championship team.

Christopher Smith shares this week’s award with Arkansas linebacker Bumper Pool, who amassed 13 tackles, including four solo, and a tackle for a loss in their 31-24 victory over No. 23 Cincinnati.

Second-ranked Georgia (1-0) is next scheduled to host the Samford Bulldogs at Dooley Field at Sanford Stadium in Athens, Ga., on Saturday, Sept. 10. The game is set for 4:00pm ET and it will be televised by the SEC Network (Buy Tickets).