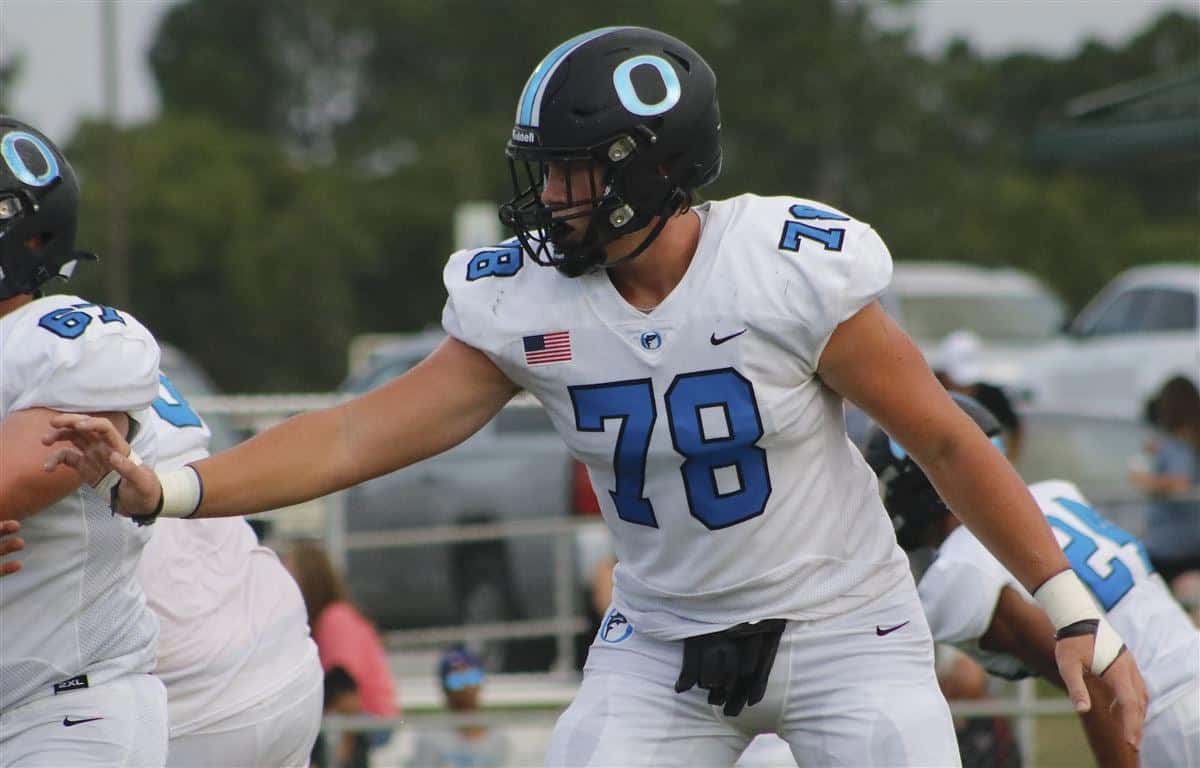 Monroe Freeling, a four-star offensive lineman from Mount Pleasant, S.C., has committed to UGA football for the class of 2023.

Freeling committed to Kirby Smart and the national champion Georgia Bulldogs on Monday at D1 Sports East Cooper. Smart chimed in with his usual “Go Dawgs” tweet shortly after the commitment.

In the 247Sports Composite, Monroe Freeling is rated as a four-star recruit, the No. 13 offensive tackle, and the No. 80 overall recruit in the country for 2023.

Rivals.com also rates Monroe Freeling as a four-star recruit, the No. 12 offensive tackle, and the No. 111 overall recruit in the country.

With the addition of Freeling, the Georgia Bulldogs now have 19 commitments for the class of 2023. UGA’s class is currently ranked third in the 247Sports Team Rankings.