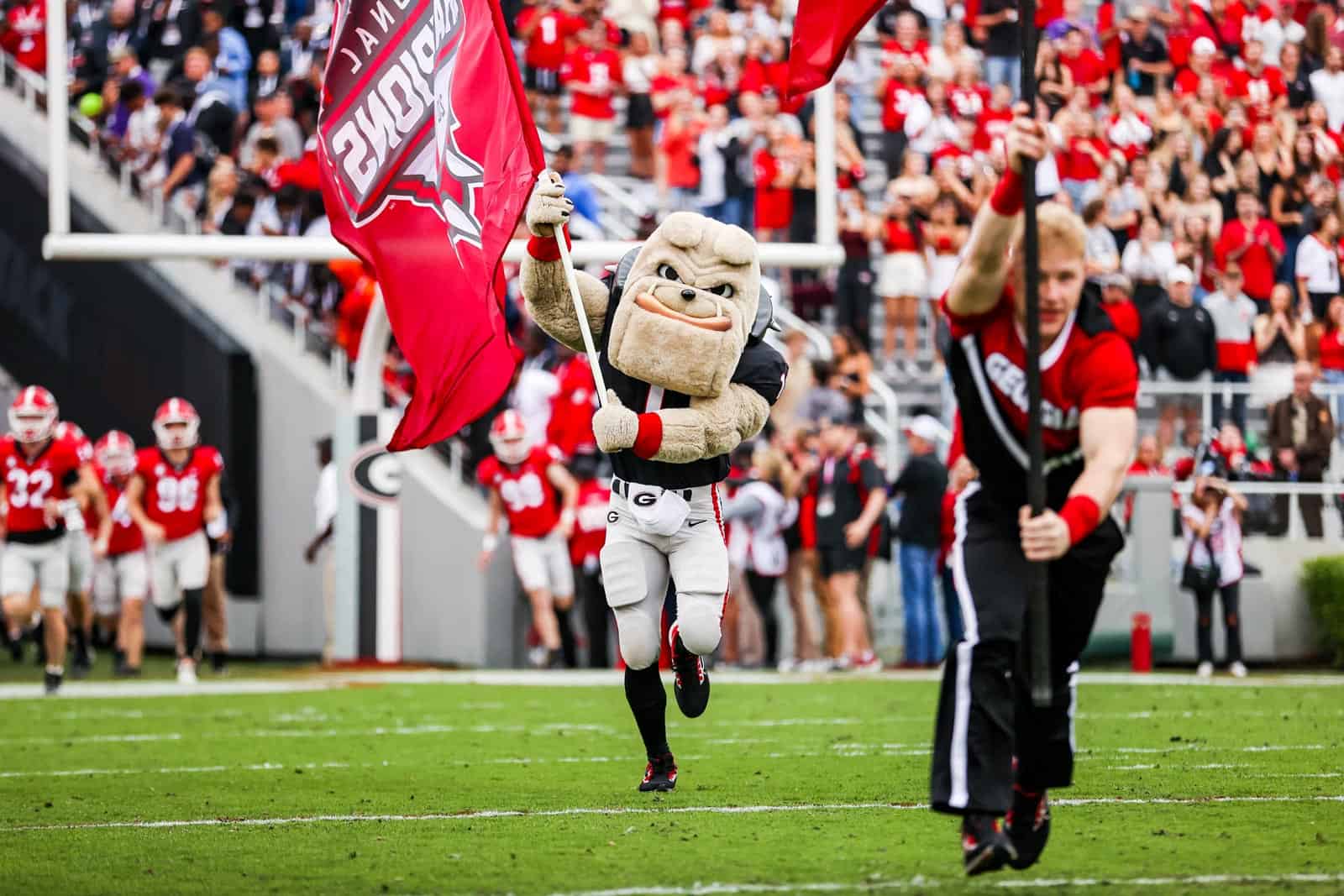 Jamaal Jarrett (6-6, 340) plays for Grimsley High School in Greensboro, N.C. He committed to the Bulldogs on Tuesday over offers from most of the top schools, including Alabama, Auburn, Arkansas, Clemson, Duke, Florida, Kentucky, LSU, Miami, Michigan, North Carolina, Penn State, Tennessee, and others.

The latest commitment for the Georgia Bulldogs came on Friday evening from Kelton Smith, a 6-foot-5, 300-pound inside offensive lineman out of Carver High School in Columbus, Ga. He committed to UGA over Auburn, Florida, LSU, and Texas A&M and also held offers from Florida State, Ohio State, Oregon, and more.

In the 247Sports Composite, Kelton Smith is rated as a four-star recruit, the No. 10 inside offensive lineman, and the No. 218 overall recruit in the country for 2023. Rivals.com rates Smith as a three-star recruit and the No. 62 offensive tackle.

With the addition of Jamaal Jarrett and Kelton Smith, the Georgia Bulldogs now have 16 commitments for the class of 2023. UGA’s class has moved up two spots to fourth in the 247Sports Team Rankings. Ohio State currently leads the pack, and they are followed by Notre Dame and Texas. Penn State, Clemson, Tennessee, Alabama, LSU, and Oklahoma round out the top 10.