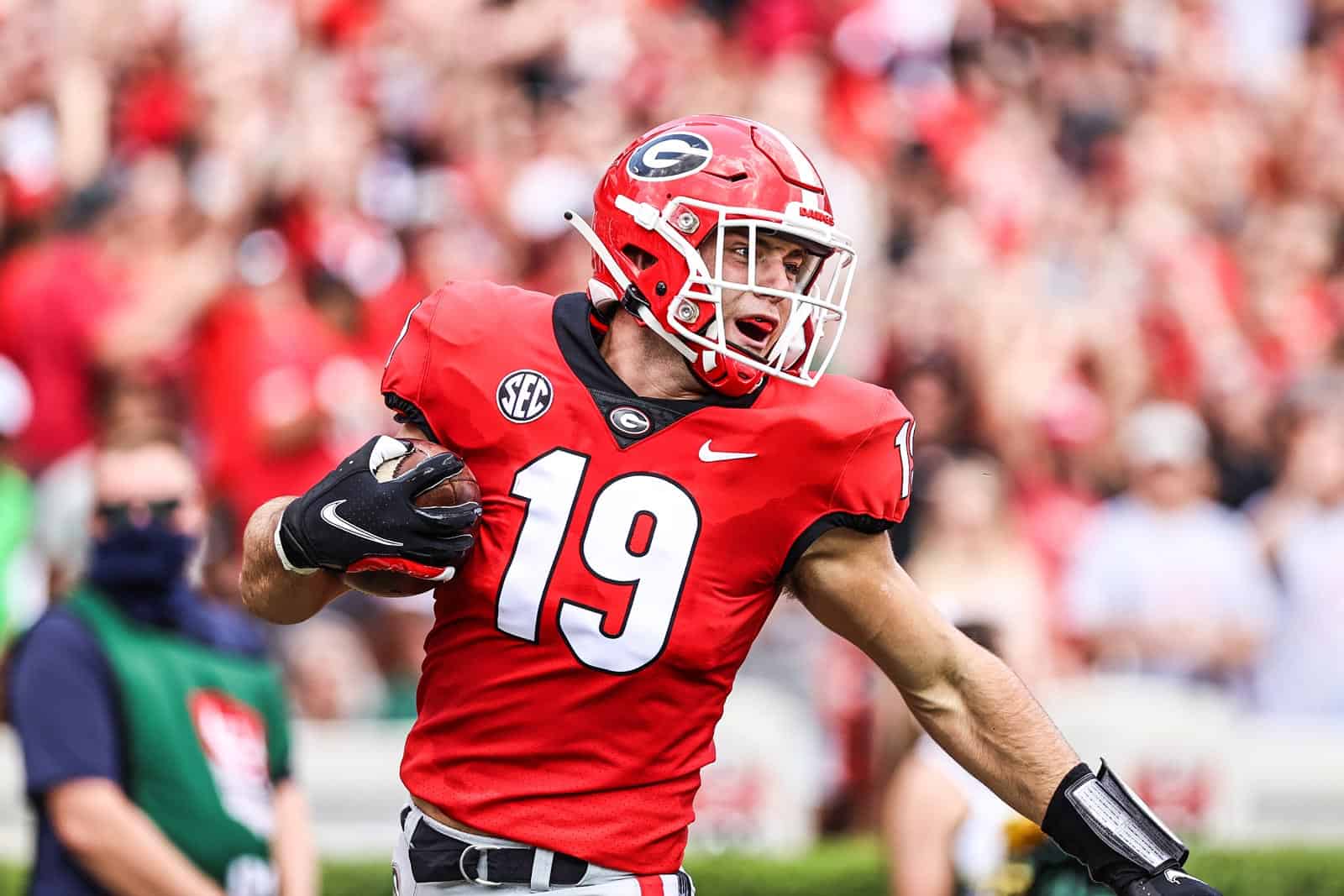 UGA football sophomore tight end Brock Bowers has been named to the 2022 Biletnikoff Award Watch List, according to an announcement from the Tallahassee Quarterback Club Foundation.

Bowers is one of five players from the Southeastern Conference named to the watch list for the award, which recognizes the season’s outstanding receiver in college football. The other four are Kayshon Boutte (LSU), Jermaine Burton (Alabama), Corey Rucker (South Carolina), and Cedric Tillman (Tennessee).

In his freshman season in Athens, Brock Bowers started 13 games and played in all 15 and and caught 56 passes for 882 yards and 13 touchdowns. Bowers averaged 15.8 yards per catch and 58.8 yards receiving per game.

As a result of his stellar freshman season, Bowers was named to the AP and Coaches’ All-SEC First Team, among numerous other designations. He has also been named to the watch list for the 2022 John Mackey Award,  which is given to the nation’s outstanding collegiate tight end.

.@brockbowers17 has been named to the Biletnikoff Award Watch List, given annually to the nation's best pass catcher.#GoDawgs pic.twitter.com/NB350Iu9Vz