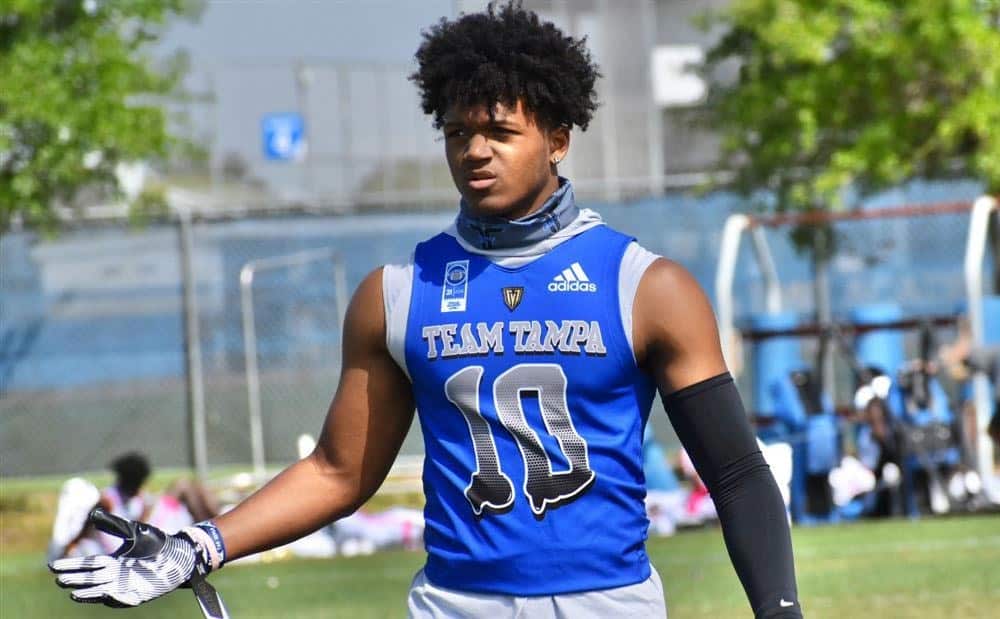 Troy Bowles, a four-star linebacker from Tampa, Fla., has committed to UGA football for the class of 2023.

Bowle announced his commitment to Kirby Smart and the Bulldogs on Saturday afternoon via his Twitter account.

In the 247Sports Composite, Troy Bowles is rated as a four-star recruit, the No. 2 linebacker, and the No. 44 overall recruit in the country for 2023.

Rivals.com also rates Troy Bowles as a four-star recruit, the No. 3 linebacker, and the No. 85 overall recruit in the country.

With the addition of Bowles, the Georgia Bulldogs now have 14 commitments for the class of 2023. UGA’s class has moved up a spot to sixth in the 247Sports Team Rankings. Notre Dame currently leads the pack, and they are followed by Ohio State, Penn State, Clemson, and Texas. Tennessee, LSU, Miami, and Arkansas round out the top 10.