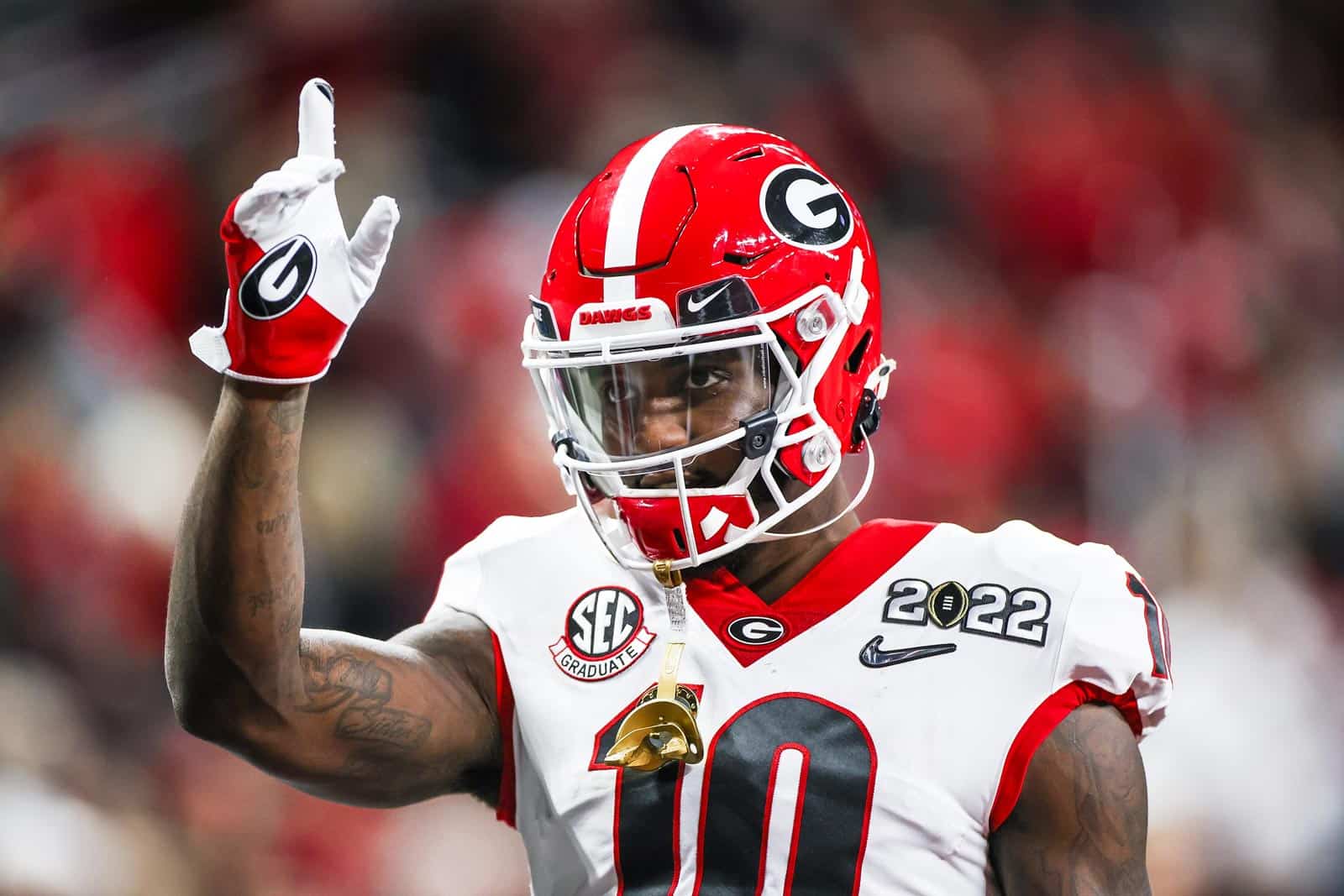 UGA football senior wide receiver Kearis Jackson has been named to the 2022 Wuerffel Trophy Watch List, it was announced on Thursday.

The Wuerffel Trophy, named after former Florida quarterback Danny Wuerffel, is presented by the All Sports Association of Fort Walton Beach, Fla., to the college football player who “best combines exemplary community service with leadership achievement on and off the field.”

Jackson is one of 115 players from the Football Bowl Subdivision (FBS) named to the 2022 Wuerffel Trophy Watch List.

“I continue to be impressed with the number of college football players who are achieving on the field and still dedicating time to make a positive impact in their community,” said Wuerffel. “The student-athletes on this watch list are positively impacting organizations throughout the country.”

Kearis Jackson is a native of Fort Valley, Ga. He played in all 15 games in 2021 and caught 16 passes for 194 yards and one touchdown and he also rushed once for 37 yards. On special teams, Jackson returned six kickoffs for 116 yards and 22 punts for 189 yards.

The national champion Georgia Bulldogs are scheduled to open the 2022 season on Saturday, Sept. 3 against the Oregon Ducks in the Chick-fil-A Kickoff Game at Mercedes-Benz Stadium in Atlanta, Ga.