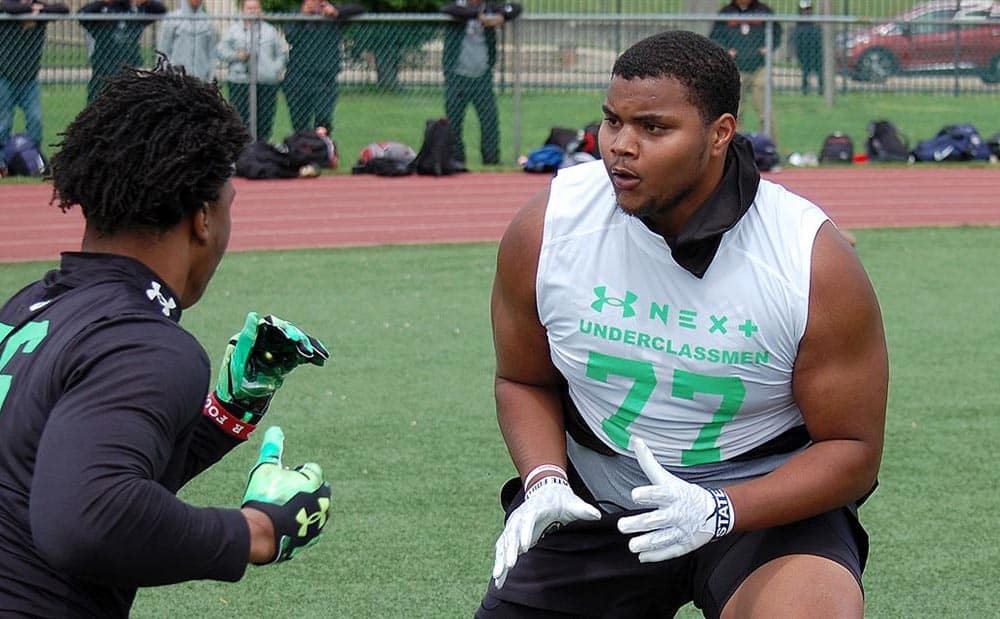 Joshua Miller, a three-star offensive lineman from Colonial Heights, Va., has committed to UGA football for the class of 2023.

Miller, who was previously committed to the Penn State Nittany Lions, announced his commitment to Kirby Smart and the Bulldogs on Monday.

Smart tweeted his customary “GO DAWGS” message upon learning of the flip.

In the 247Sports Composite, Joshua Miller is rated as a three-star recruit, the No. 39 inside offensive lineman, and the No. 534 overall recruit in the country for 2023.

Rivals.com also rates Joshua Miller as a three-star recruit, the No. 48 offensive tackle, and the No. 6 overall recruit in the state of Virginia.

With the addition of Miller, the Georgia Bulldogs now have nine commitments for the class of 2023. UGA’s class is currently ranked ninth in the 247Sports Team Rankings behind Notre Dame (15 commits), Texas Tech (20 commits), and others.