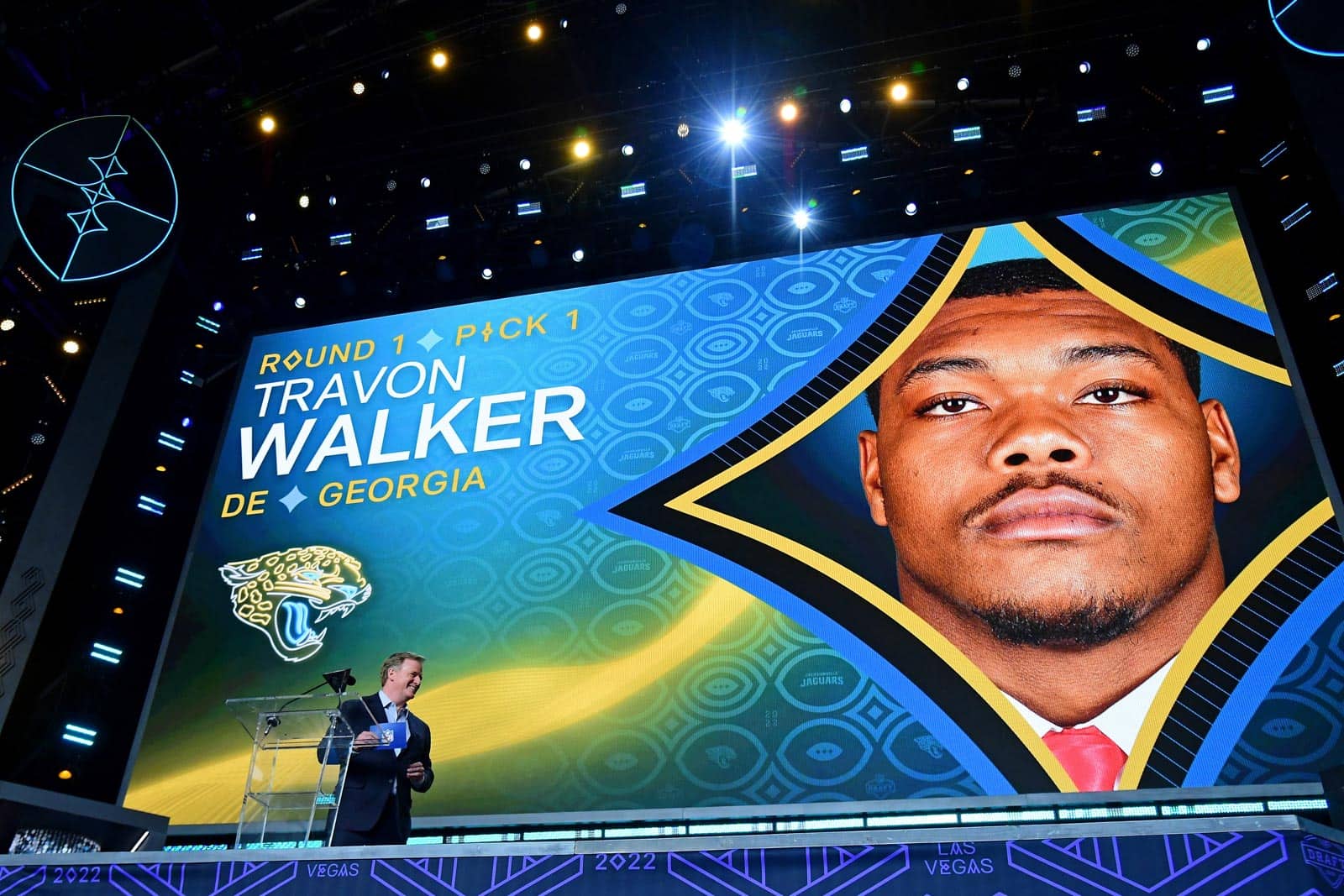 LAS VEGAS – University of Georgia defensive lineman Travon Walker was selected by the Jacksonville Jaguars with the first overall pick of the 2022 NFL Draft Thursday evening at the Linq Promenade.

Walker is the fifth Georgia football player to be selected first overall in the NFL Draft and the first since Matthew Stafford was picked first by the Detroit Lions in 2009. With the pick, Georgia ties Notre Dame, Oklahoma, and USC for the most first-overall picks by one institution at five. It is also the earliest selection for a Georgia defensive player in the Common Draft Era (1967-present), besting the No. 6 picks previously used on Richard Seymour (2001) and Johnathan Sullivan (2003).

Walker is the 16th defensive lineman to be selected first in the draft, the third-most of any position behind quarterback and running back in the event’s 87-year history. He is also the third defensive lineman to go first in the past decade, joining fellow SEC products Jadeveon Clowney (Houston Texans, 2014) and Myles Garrett (Cleveland Browns, 2017). Additionally, he is the fifth Bulldog to be chosen by Jacksonville, following former teammate Tyson Campbell, who was selected 33rd overall last year.

The Thomaston native started at defensive tackle in all 15 games last season for the Bulldogs, tallying 37 total tackles, six sacks, 7.5 tackles for loss, and a team-high 36 quarterback hurries. Walker closed out his Georgia tenure with a career-best seven pressures in the College Football Playoff National Championship Game against Alabama. In 2019, he was named to the Freshman All-SEC Team, helping Georgia clinch the SEC East title at Auburn on a fourth-down sack of Bo Nix/

The first round of the 2022 NFL Draft continues tonight in Las Vegas, followed by rounds 2-3 on Friday evening and the final four rounds on Saturday afternoon.