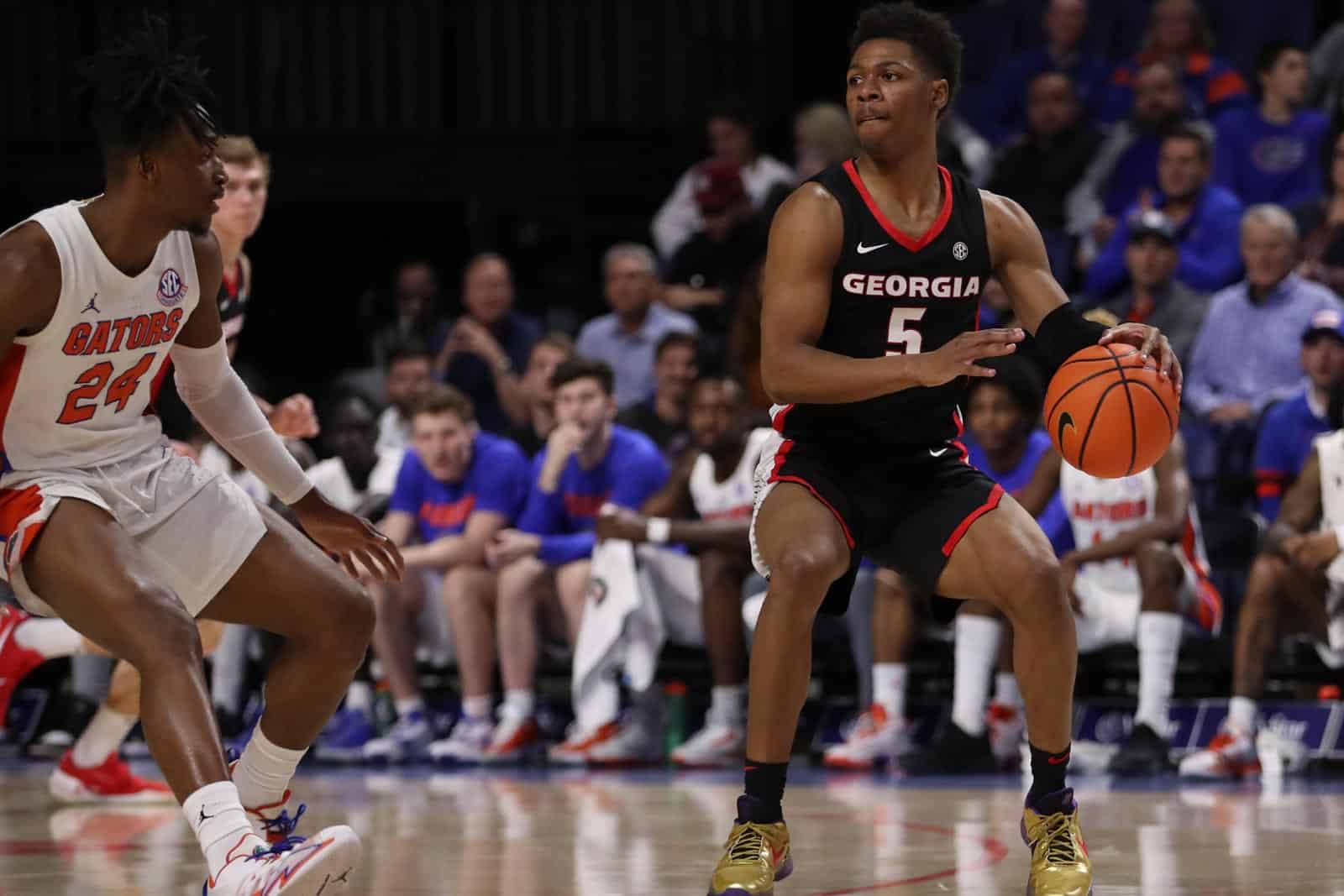 Sophomore Kario Oquendo led Georgia (6-18, 1-10 SEC) and nearly reached a double-double with 22 points on 7-for-19 shooting, along with a team-high eight rebounds and four steals. Tonight marked Oquendo’s 15th double-digit performance of the season and eighth in league play. Graduate Aaron Cook tallied 14 points, while redshirt-senior Braelen Bridges pitched in with 12 points on 4-for-6 shooting. The Bulldogs shot 37.5 percent from the field on the night.

“I thought our guys executed in a lot of good ways,” said Georgia head coach Tom Crean following the game. “Again it’s the second game in the row where we’re not scoring and the other team is… they have a cushion but weren’t able to take momentum away from us. Our guys came back out in the second half and go right back at it. It’s a tough way to lose. They are a good team. Our kids are putting so much into this, it’s just a tough way to lose on the road.”

In a slow defensive battle, Florida (16-8, 6-5 SEC) took a 9-4 lead into the opening media timeout. The Bulldogs immediately responded with a straight-away 3-pointer from redshirt-senior Noah Baumann and a trip to the free-throw line by Oquendo to draw within two. Florida countered the Georgia attack with a quick 11-2 run and eventually took a 16-point lead, 33-17, it’s the largest lead of the game. The Bulldogs closed out the half with a strong defensive performance, holding the Gators scoreless for over the final three minutes, to enter the locker room down eight.

Both squads came out firing early in the second half, and the Gators extended their lead back to 13. Georgia cut the lead back to single-digits, but Florida continued to match the Bulldogs bucket-for-bucket before going on a 6-1 run to draw within six with 14:21 remaining. However, the Gators regrouped and took a 56-45 lead thanks to a 3-pointer by Myreon Jones.

With 5:00 left, Graduate Aaron Cook sparked a 10-0 run for the Bulldogs thanks to a pair of deep balls and drew Georgia within three of the Gators for the first time since the opening minutes of the game, but Florida responded thanks to a pair of Georgia turnovers. Florida would go on to win 72-63 despite a strong second-half performance but the Bulldogs.

Georgia returns home to host South Carolina on Saturday, Feb. 12. The matchup with the Gamecocks tips at 2:00 p.m. and will air on SEC Network.