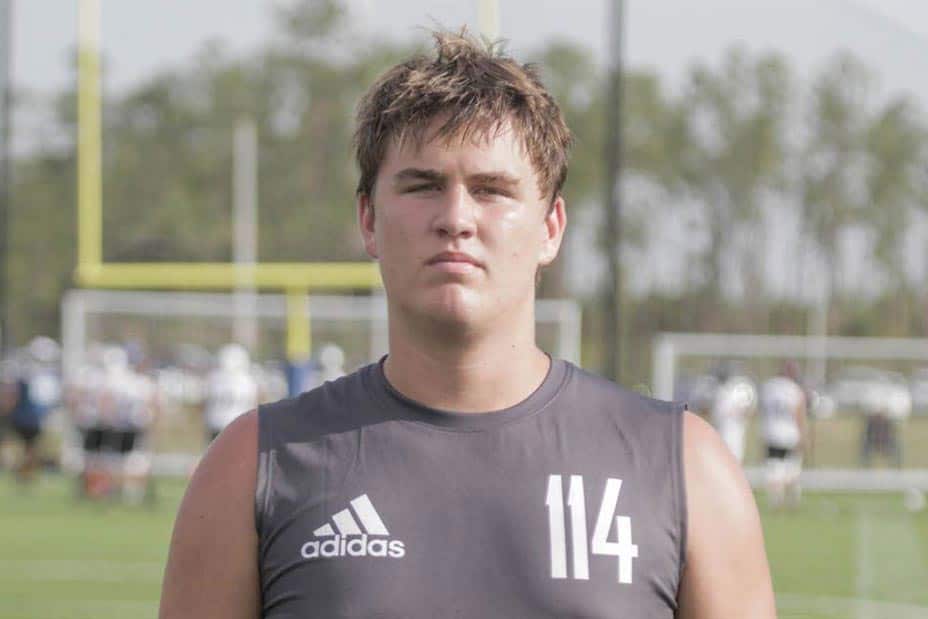 Drew Bobo, a three-star offensive lineman from Auburn, Ala., has committed to UGA football for the class of 2022.

Bobo is the son of former UGA quarterback Mike Bobo, who was recently let go from his position as offensive coordinator of the Auburn Tigers. Drew Bobo was committed to play for Auburn, but flipped to Georgia following his fathers’ firing.

“When that happened (Mike Bobo’s firing), I talked to my dad and decided that Auburn wasn’t going to be the best fit for me anymore, and I was going to look at my other options,” Bobo told UGASports.com. “I still had the opportunity to go to Georgia. After going there this Sunday I thought it was the best fit for me.”

Drew Bobo announced his commitment to Kirby Smart and the Georgia Bulldogs via his Twitter account on Monday evening.

In the 247Sports Composite, Drew Bobo is rated as a three-star recruit, the No. 56 offensive tackle, and the No. 643 overall recruit in the country for 2022.

With the addition of Bobo, the Georgia Bulldogs now have 25 commitments for the class of 2022. UGA’s class is currently ranked second in the 247Sports Team Rankings behind the Alabama Crimson Tide.