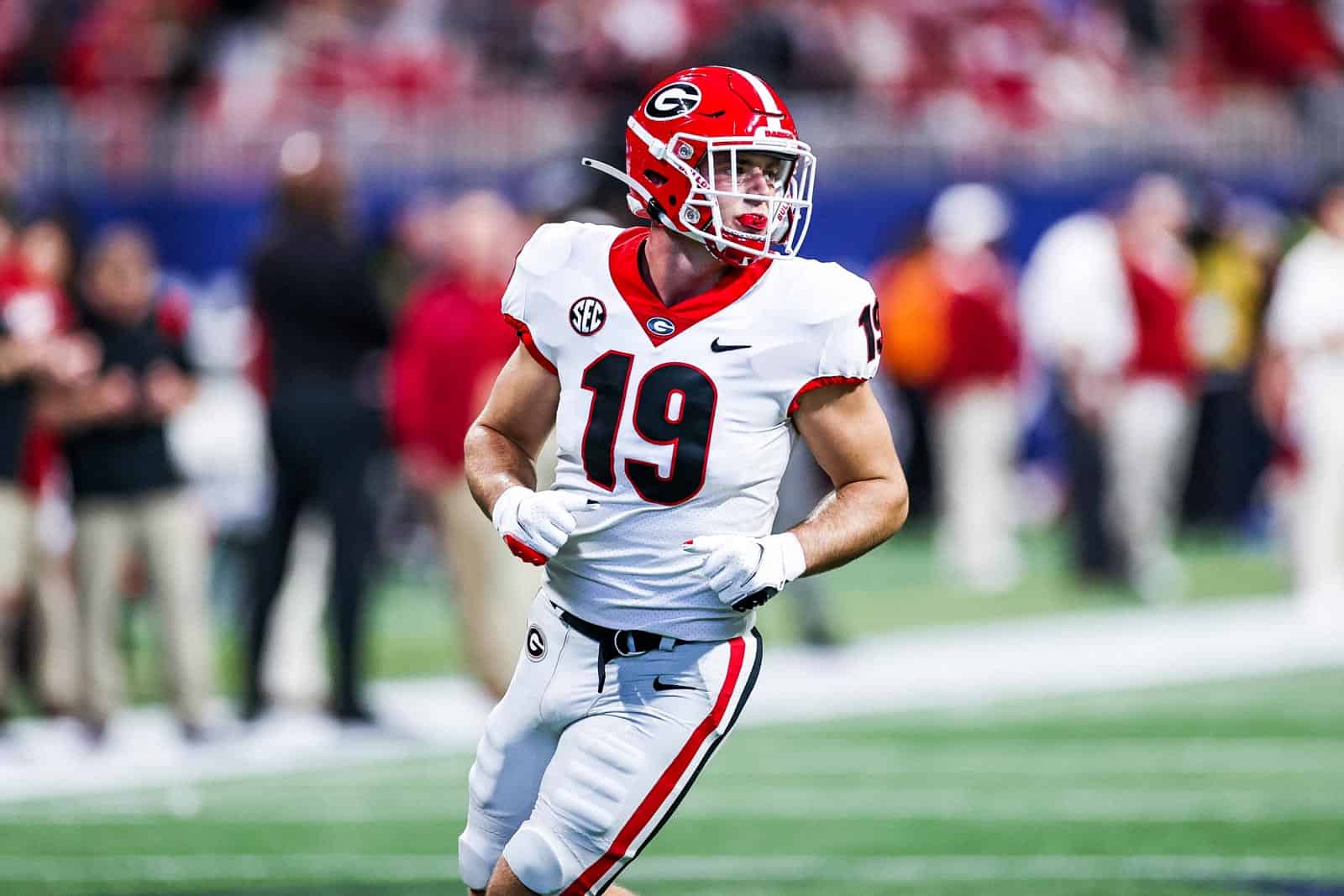 ATHENS, Ga. – Bulldog true freshman tight end Brock Bowers has been named one of five finalists for the fourth annual Shaun Alexander Freshman of the Year Award, according to an announcement from the Maxwell Football Club.

Bowers, a native of Napa, Calif., is the only 2021 finalist from the Southeastern Conference. He joins former Bulldog and current New York Giant Azeez Ojulari as another finalist for the honor after Ojulari was on the list in 2019.

The winner of the Shaun Alexander Freshman of the Year award will be unveiled Jan. 10, 2022. The formal presentations of these awards will be made at the Maxwell Football Club Awards Gala hosted by Harrah’s Hotel & Casino Atlantic City on March 18, 2022.

Bowers was a USA Today, ESPN and The Athletic First Team All-American and was the SEC Freshman of the Year in his first year with the Bulldogs. He has a team-best 47 catches for 791 yards and 12 touchdowns (11 receiving, one rushing). The Mackey Award semifinalist has tied the UGA record for receiving touchdowns in a season (Terrence Edwards, 2002).

The No. 3 Bulldogs will face second-ranked Michigan in a CFP Semifinal in the Capital One Orange Bowl on Dec. 31. Kickoff at Hard Rock Stadium in Miami Gardens, Fla., will be at 7:30 p.m. on ESPN.