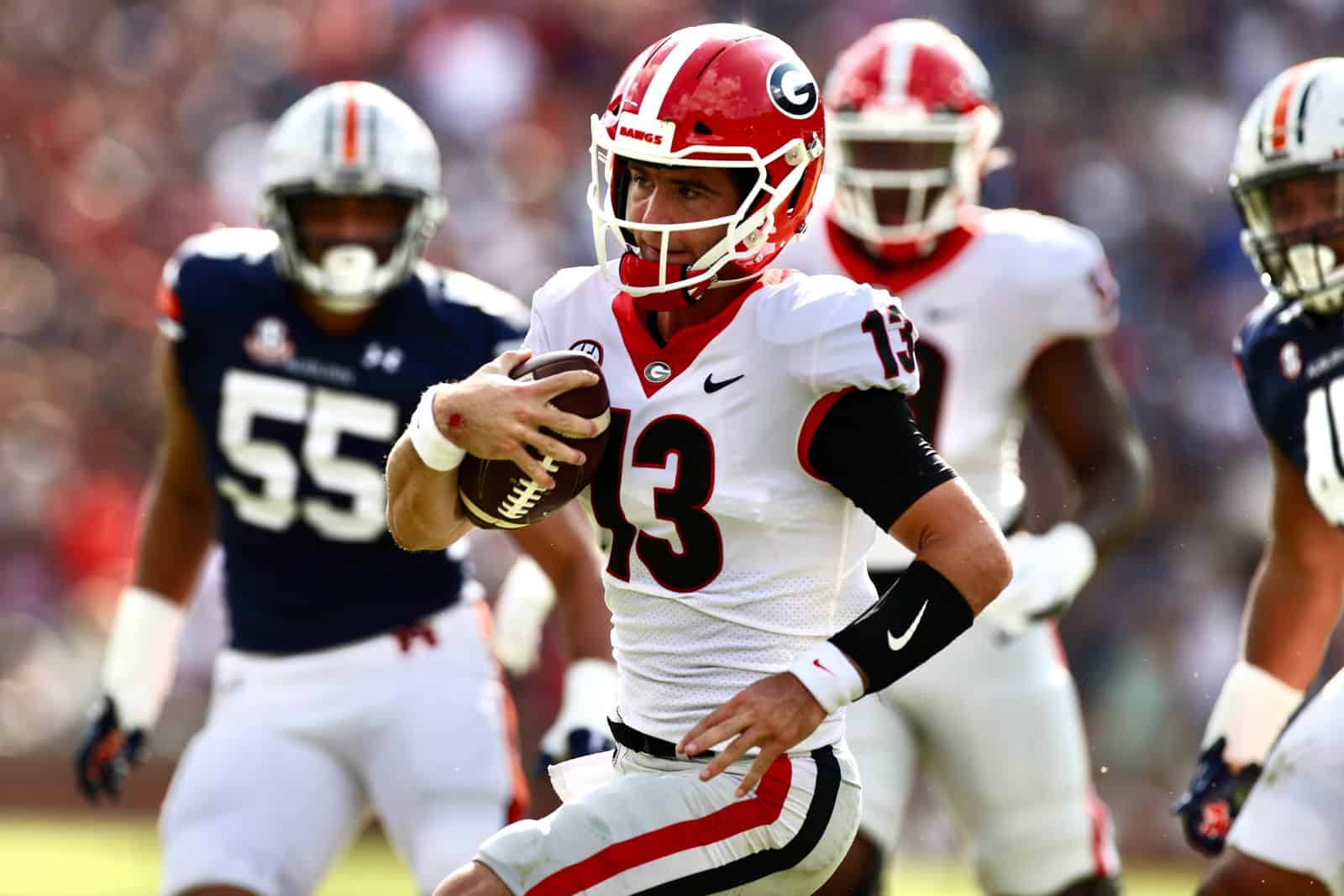 UGA football senior quarterback Stetson Bennett has been named one of three finalists for the 2021 Burlsworth Trophy, the Burlsworth Foundation announced on Tuesday.

The Burlsworth Trophy is an annual award presented to the most outstanding college football player who began his career as a walk-on. Troy linebacker Carlton Martial and Arkansas linebacker Grant Morgan were also named as finalists.

This season, Bennett has started seven of Georgia’s nine games in place of JT Daniels. Bennett has led the undefeated Bulldogs to victories over UAB, Arkansas, Auburn, Kentucky, Florida, Missouri, and, most recently, Tennessee.

The winner of the 2021 Burlsworth Trophy will be announced on Monday, Dec. 6 at 8:00pm ET at Crystal Bridges Museum in Bentonville, Ark.

The Georgia Bulldogs (10-0, 8-0 SEC) are scheduled to host the Charleston Southern Buccaneers this Saturday at Dooley Field at Sanford Stadium in Athens, Ga. The game will be streamed via SEC Network+ and ESPN+ at Noon ET.