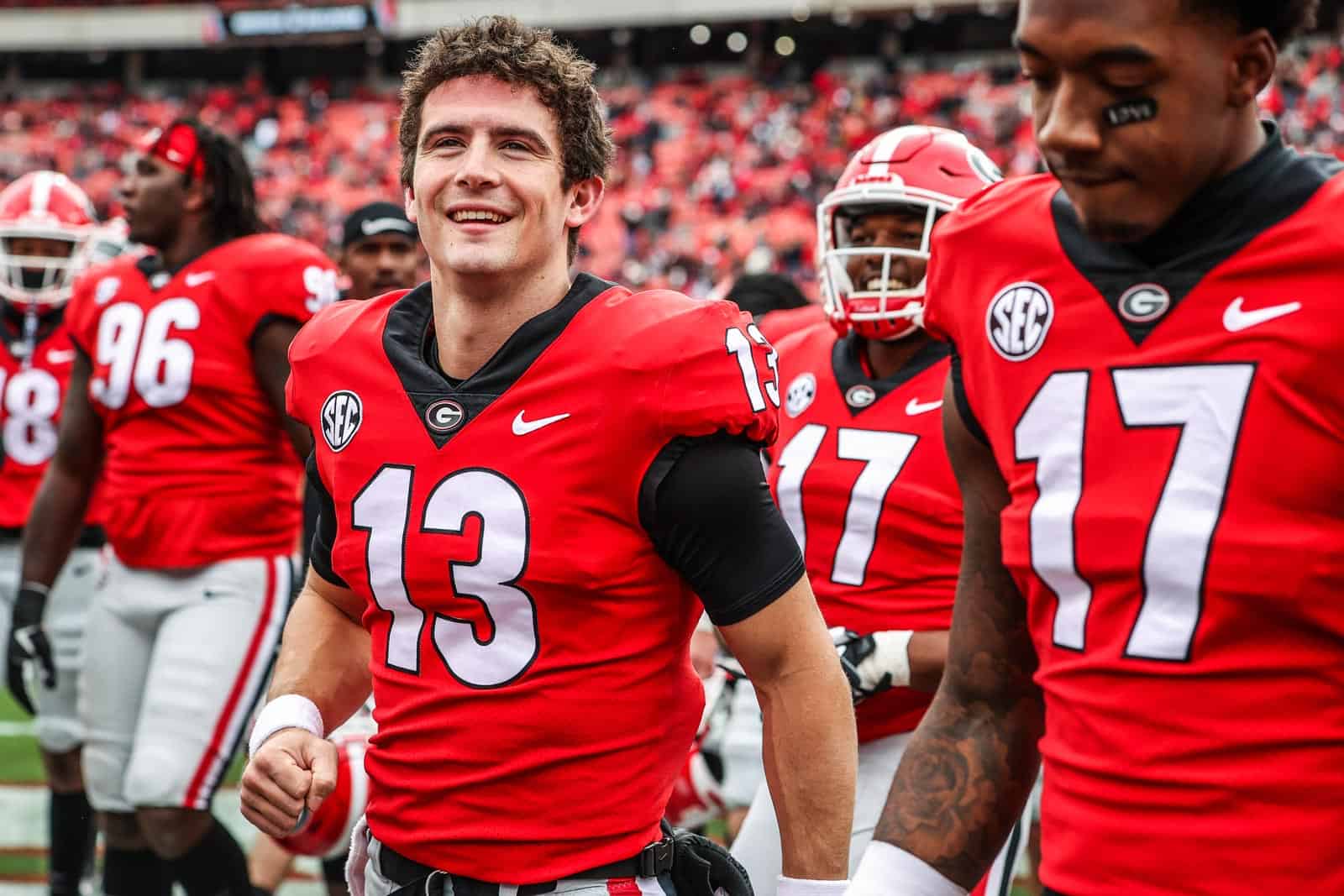 ATHENS, Ga. – Georgia senior Stetson Bennett has been named one of 10 semifinalists for the Burlsworth Trophy presented to country’s most outstanding player who began his career as a walk-on, according to an announcement from the selection committee.

Bennet, a native of Blackshear, Ga., is one of two semifinalists from the Southeastern Conference. The selection committee will announce three finalists on Nov. 16th. Finalists will be honored and the winner of the 2021 Burlsworth Trophy will be announced on Dec. 6th at 8:00 p.m. ET at Crystal Bridges Museum in Bentonville, Ark.
Former Bulldog All-American and current Indianapolis Colt Rodrigo Blankenship was a finalist for the Burlsworth Trophy in 2019.

Bennett’s career with the Bulldogs began in 2017 as he redshirted and served as a scout team quarterback during Georgia’s run to the SEC title, Rose Bowl Game championship and a spot in the College Football Playoff National Championship Game. Aiming to get more game experience, Bennett transferred to Jones College (Miss.) in 2018 and led the Bobcats to a 10-2 record, including a Mississippi Bowl victory. He returned to Athens for the 2019 season and played in five games, including a reserve role versus Murray State that featured two passing touchdowns and one rushing score. The 2020 season saw Bennett come off the bench to lead Georgia to a road victory in the season opener and then start the next five games, which included wins over ranked Auburn and Tennessee squads.

Bennett has started six of Georgia’s nine games this season, leading the Bulldogs to victory versus UAB, No. 8 Arkansas, No. 18 Auburn, No. 11 Kentucky, Florida and Missouri. He has completed 80 of 120 passes for 1,412 yards and 14 touchdowns to go along with only four interceptions. Bennett is currently sporting the third-best completion percentage for a season in school history (66.67) and has 27 rushes for 193 yards (7.1 average).