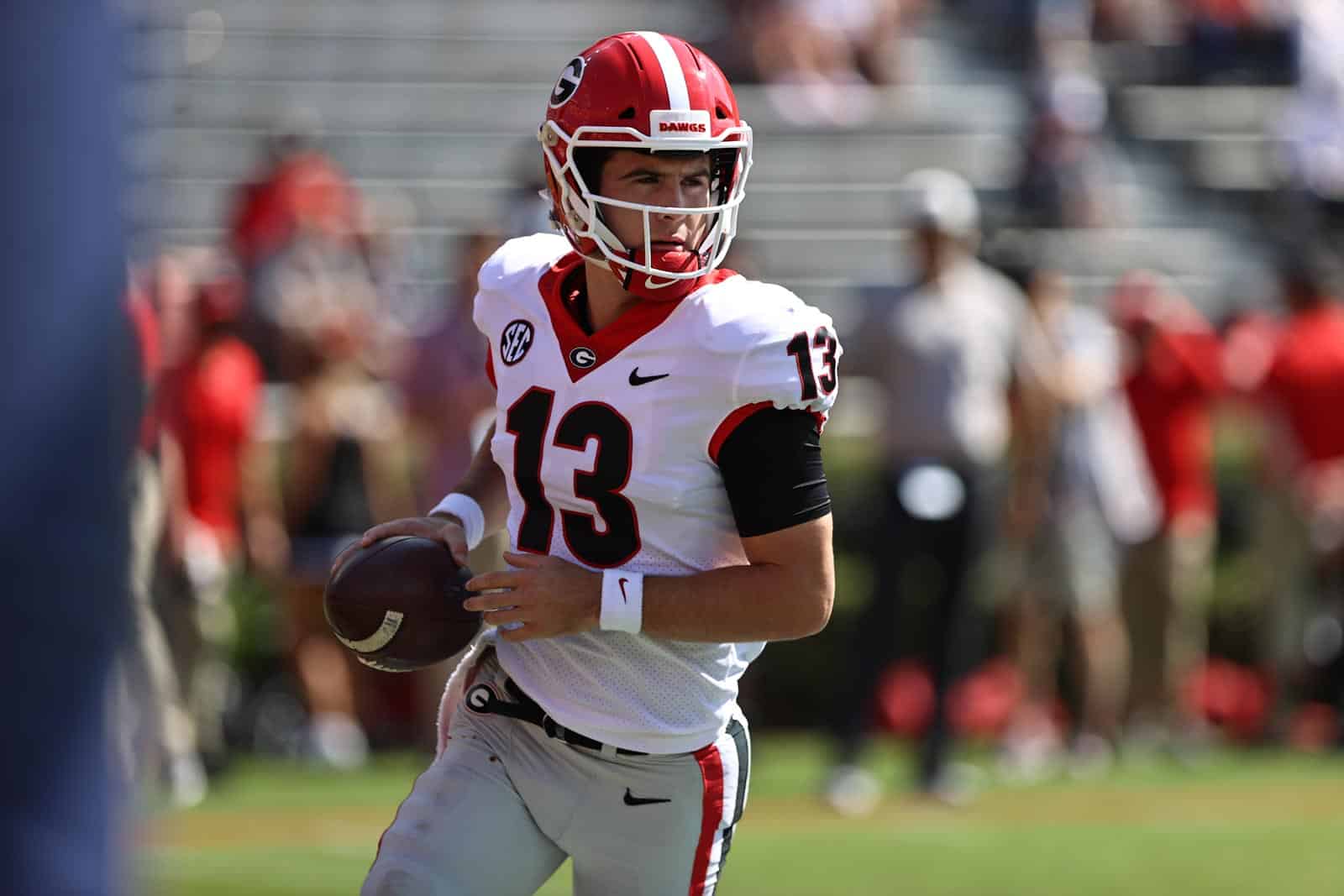 ATHENS, Ga. – Georgia senior Stetson Bennett has been named one of 20 semifinalists for the Davey O’Brien Award presented to the nation’s best quarterback, according to an announcement by Davey O’Brien National Selection Committee.

Bennet, a native of Blackshear, Ga., is one of five semifinalists from the Southeastern Conference. The next step in the process will be to select the award’s three finalists based on voting from the selection committee as well as the second round of the Davey O’Brien Fan Vote, which will take place on the award’s social media accounts.

The three finalists will be tabbed on Nov. 23. The winner will be announced live on Dec. 9 on The Home Depot College Football Awards on ESPN.

Bennett has started six of Georgia’s nine games this season, leading the Bulldogs to victory versus UAB, No. 8 Arkansas, No. 18 Auburn, No. 11 Kentucky, Florida and Missouri. He has completed 80 of 120 passes for 1,412 yards and 14 touchdowns to go along with only four interceptions. Bennett is currently sporting the third-best completion percentage for a season in school history (66.67) and has 27 rushes for 193 yards (7.1 average).

Bennett was named to the Davey O’Brien Award’s Great 8 list and the SEC Offensive Player of the Week following his performance against UAB. He torched the Blazers to tie a school record with five touchdown passes, all coming in the opening half. He finished the game 10-for-12 for 288 yards after starting the day 5-for-5 with four scoring strikes of 73, 12, 89 and 61 yards.

Bennett’s 89-yard touchdown pass to freshman tight end Brock Bowers against UAB was the ninth-longest passing touchdown play in Georgia history. Bennett, who currently has a 197.3 pass efficiency rating, completed the contest with a monstrous rating of 422.4.