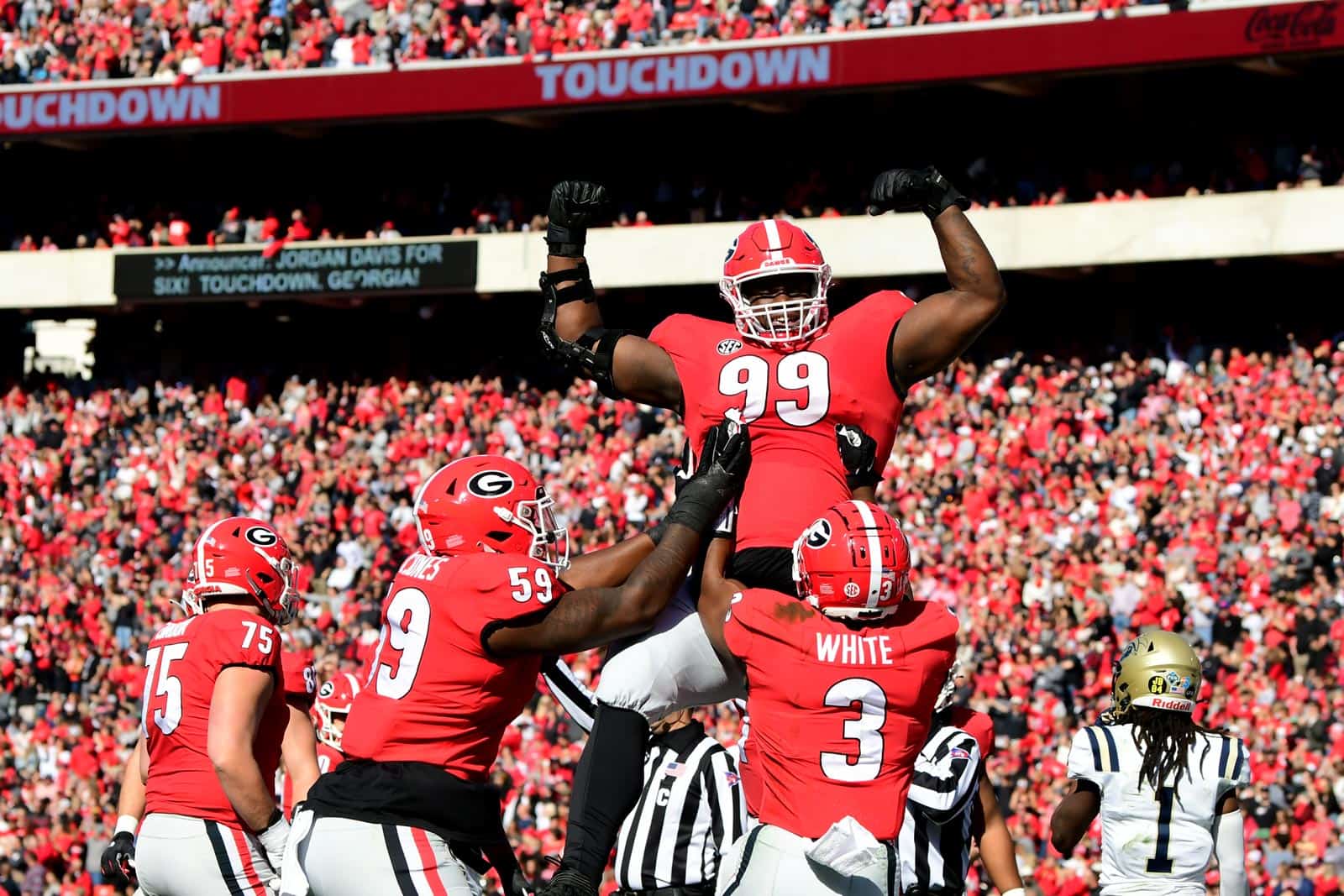 The Georgia Bulldogs have remained first in the College Football Playoff Rankings for Week 13 of the 2021 season released Tuesday evening by the CFP Selection Committee.

Georgia (11-0, 8-0 SEC) is now followed by the Ohio State Buckeyes (10-1), who jumped over the Alabama Crimson Tide (10-1) to take over second place. Alabama is third and the Cincinnati Bearcats have moved up to fourth.

The Bulldogs have beaten two teams that are currently ranked in the latest College Football Playoff rankings — Clemson moved into the latest poll at No. 23 and Arkansas slipped to No. 25. Georgia will face No. 3 Alabama in the SEC Championship Game on Saturday, Dec. 4 in Atlanta, Ga.

The Bulldogs also remain atop the AP Poll and USA TODAY Sports AFCA Coaches Poll for the seventh consecutive week.

Georgia’s next game is on the road against the Georgia Tech Yellow Jackets on Saturday, Nov. 27 at Bobby Dodd Stadium in Atlanta, Ga. The game will be televised live by ABC at noon ET.

The College Football Playoff Selection Committee will release their penultimate Top 25 rankings on Tuesday, Nov. 30. Their final rankings of the season will be released on Sunday, Dec. 5, which is Selection Day.

On Sunday, Dec. 5 at Noon ET, the College Football Playoff Selection Committee will announce the Playoff Semifinal pairings and semifinal bowl assignments. Those will be followed by the pairings for the remainder of the New Year’s Six bowl games.