Betting Preview and Prediction for Georgia vs. Auburn

Betting Preview and Prediction for Georgia vs. Auburn 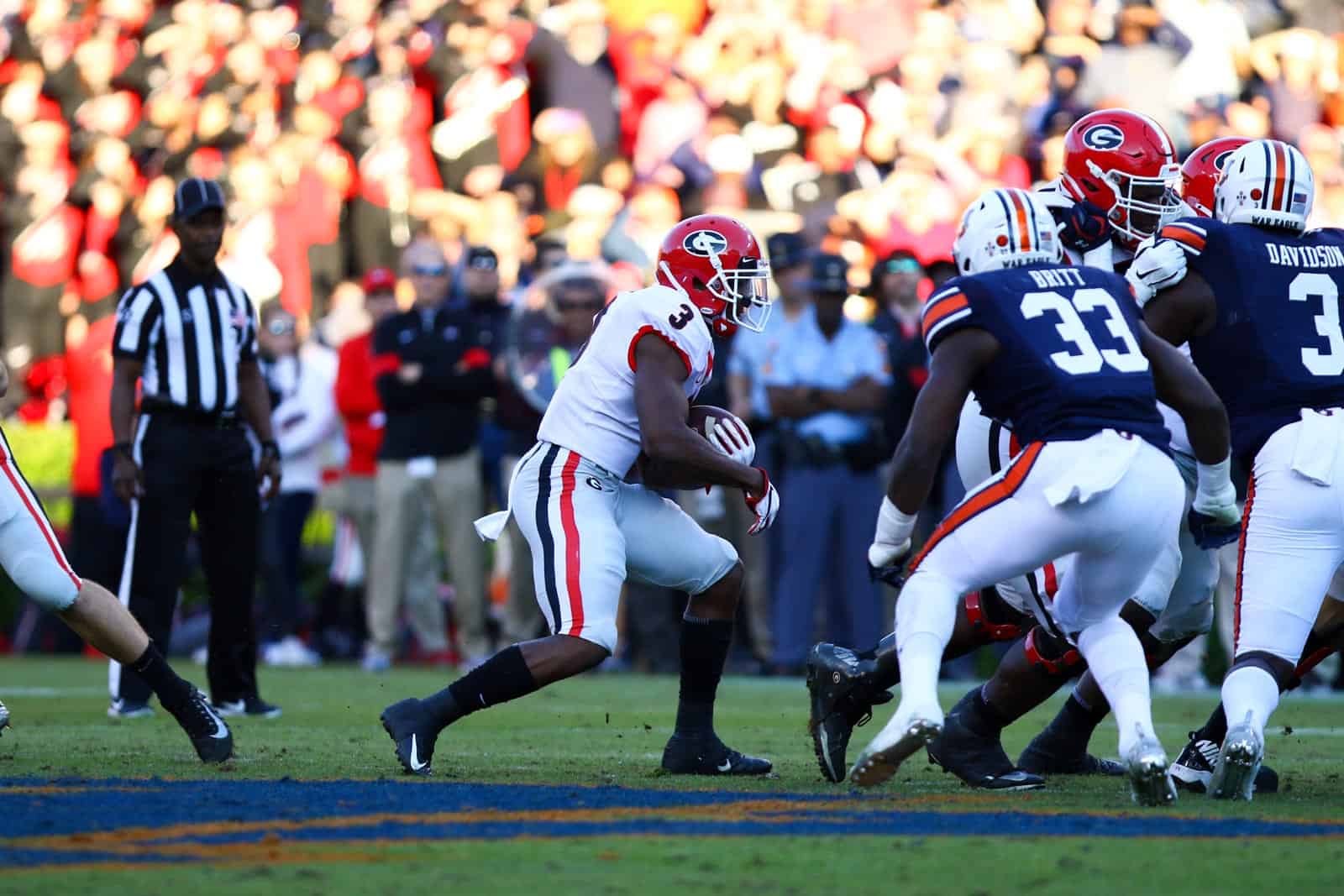 According to Oddsshark, the Georgia Bulldogs will be on the road as 16.5 point favorites, with the Over/Under sitting at 45 on Saturday. Georgia currently has the #1 defense in the country, holding opponents to an average of just 4.6 points per game. Additionally, they are only giving up an average of 177.8 yards per week, with just 67 of them being picked up on the ground.

On the offensive side of the ball, the Dawgs have been good for an average of 432 yards per week, with 236 of them coming through the air. They have been able to light up the scoreboard for an average of 41 points per contest. This website’s audience is already fully aware of how elite the season has been for Georgia. There’s no need to dig into great details.

Auburn comes into this game 4-1 on the season with their only loss of the year coming on the road against Penn State, a tough place for any visiting team to get a win. Say what you want about the Tigers, they have looked good on defense, especially against the run. They currently have the 2nd running defense in the SEC, holding opponents to an average of just 86 rushing yards per game. Last week, Auburn was able to hold LSU to just 11 yards on the ground. That’s impressive against any SEC team.

On offense, the Tigers have been able to score an average of 38.8 points per game while racking up 478 total yards, 238 rushing, and 239 through the air. Freshman running back Jarquez Hunter has been a monster out of the backfield, averaging over 10 yards per carry with three touchdowns. Sophomore Tank Bigsby has been just as impressive, averaging over five yards a carry.

So far, everything I have shared has been factual statistics. In black and white on paper, this looks like a heck of a matchup. On top of how great some of the Auburn numbers look, the Georgia Bulldogs are not even close to being 100 percent healthy. Earlier this week, coach Kirby Smart said this is as banged up of a team he has ever coached at Georgia. Now it’s time for my thoughts and opinions.

Yes, the Auburn Tigers are ranked #18 in the country. They are 4-1, with their only loss coming on the road at Penn State. Still, their wins are against Akron, Alabama State, Georgia State, and LSU. Even with their loss included, the Tigers haven’t taken the field against anyone as talented as Georgia is, regardless of who is under center.

Coach Smart has the Dawgs playing aggressively, looking to thump every opponent. The Georgia defense has no problem keeping the opposing team off of the scoreboard while the offense puts as many points up as possible. So, I was shocked when the important people in Vegas came up with a spread of just 16 and a half points for this one. I don’t believe Georgia has the respect of the oddsmakers.

My money is on the Bulldogs winning by at least four touchdowns in this one. Still, I don’t know if I like the total going over 45. I’m not sure if Georgia can score at least 38 points on their own. Like I mentioned earlier, the team is pretty banged up right now.