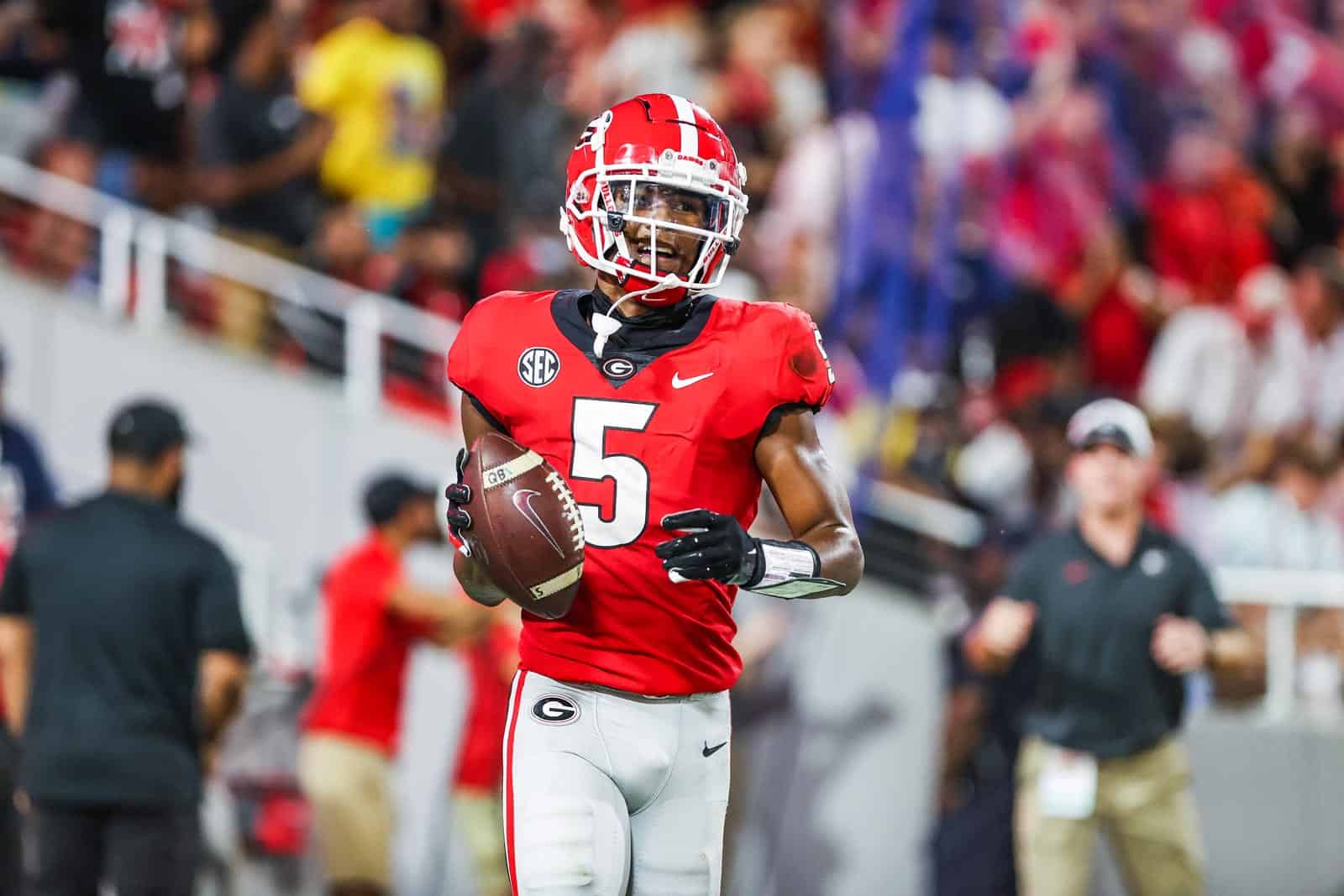 Smith, a native of Savannah, Ga., ignited the Bulldog defense with a career-high eight tackles during Georgia’s 40-13 dismantling of South Carolina.  He had 1.5 sacks in his performance, including splitting one with Jordan Davis that resulted in a Gamecocks safety before the half.

Smith also forced a fumble in the third quarter that was recovered by the Bulldogs and led to Georgia’s fifth touchdown of the game.  Thanks in part to Smith’s performance, the Bulldog defense has only allowed a single touchdown this year.

Mitchell, a native of Missouri City, Texas, posted career highs of four catches for a team-high 77 yards and his first career touchdown during the victory over the Gamecocks.  He hauled in a career-long 38 yarder for a score from JT Daniels to give the Bulldogs a 21-6 edge in the second quarter.  Mitchell’s other three catches went for first downs, including two on third-and-long situations.

The Bulldogs’ next game is on the road against the Vanderbilt Commodores on Saturday, Sept. 25 at Vanderbilt Stadium in Nashville, Tenn. (Buy Tickets). The game will be televised by the SEC Network at Noon ET.