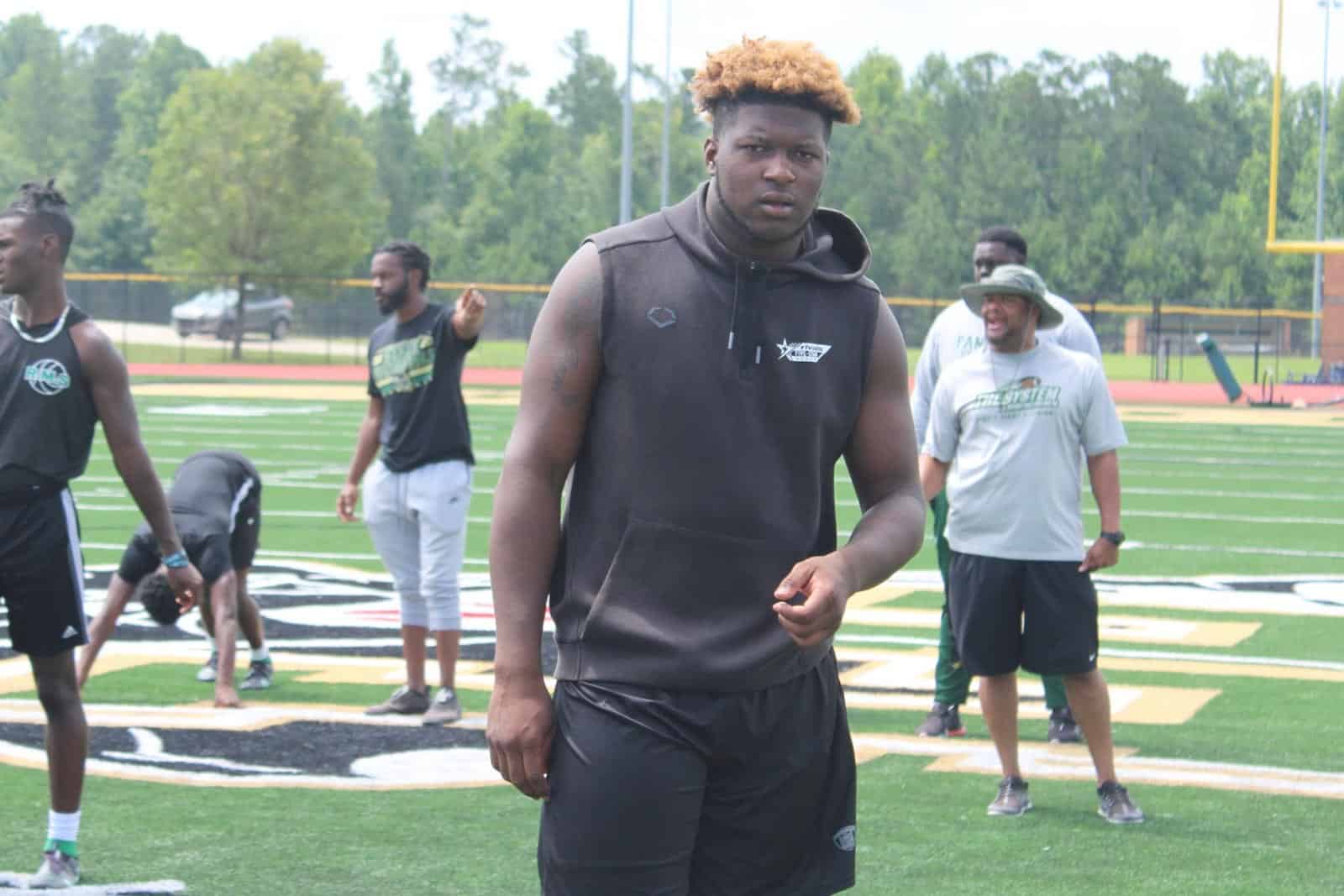 Bo Hughley, a four-star offensive lineman from Fairburn, Ga., has committed to the Georgia Bulldogs for the class of 2023.

Hughley announced his commitment to Kirby Smart and the Bulldogs while most of Dawg Nation was sleeping late Thursday night/early Friday morning.

First i want to thank all the coaches that i have ever played for in my life i would love to thank my parents i would also like to thank @KirbySmartUGA for this chance but i well be taking all my talents to University of Georgia @RecruitLangston @williamsdo @1CoachCoop pic.twitter.com/qZTaLwxsOm

In the 247Sports Composite, Hughley is rated as a four-star recruit, the No. 6 offensive tackle, and the No. 72 overall recruit in the country for 2023.

Rivals.com also rates Bo Hughley as a four-star recruit, the No. 5 offensive tackle, and the No. 60 overall 2023 recruit.

With the addition of Bo Hughley, the Georgia Bulldogs now have five commitments for the class of 2023. UGA’s class for that season is currently ranked No. 2 in the 247Sports Team Rankings behind Oklahoma, who has one more commitment than the Bulldogs.