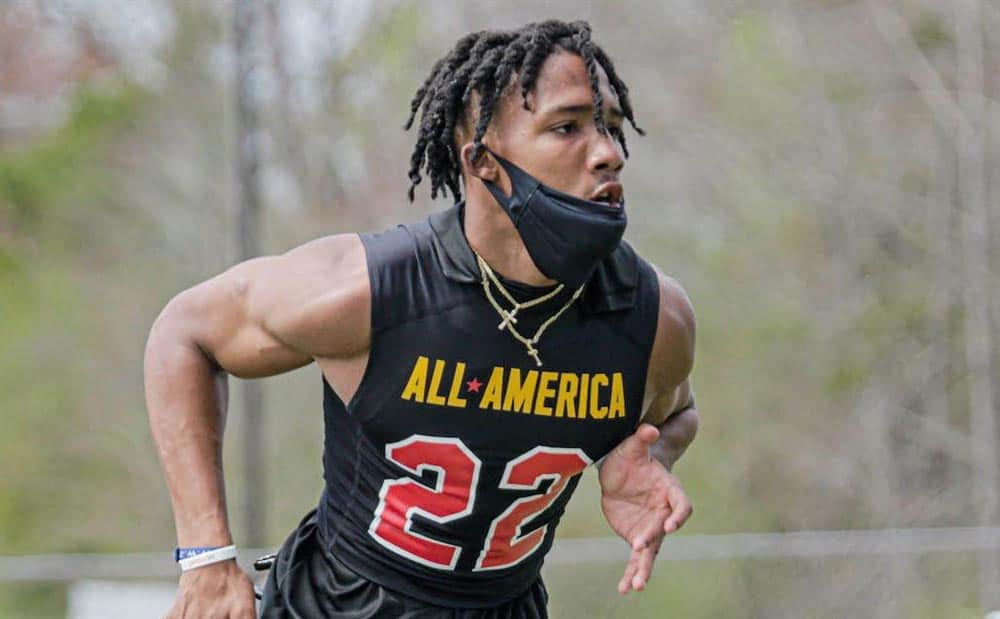 Dillon Bell, a three-star wide receiver from Houston, Texas, has committed to the Georgia Bulldogs for the 2022 class.

Bell announced his commitment to Kirby Smart and the Bulldogs on Monday evening via his Twitter account.

Rivals.com also rates Bell as a three-star recruit and the No. 65 wide receiver in the country.