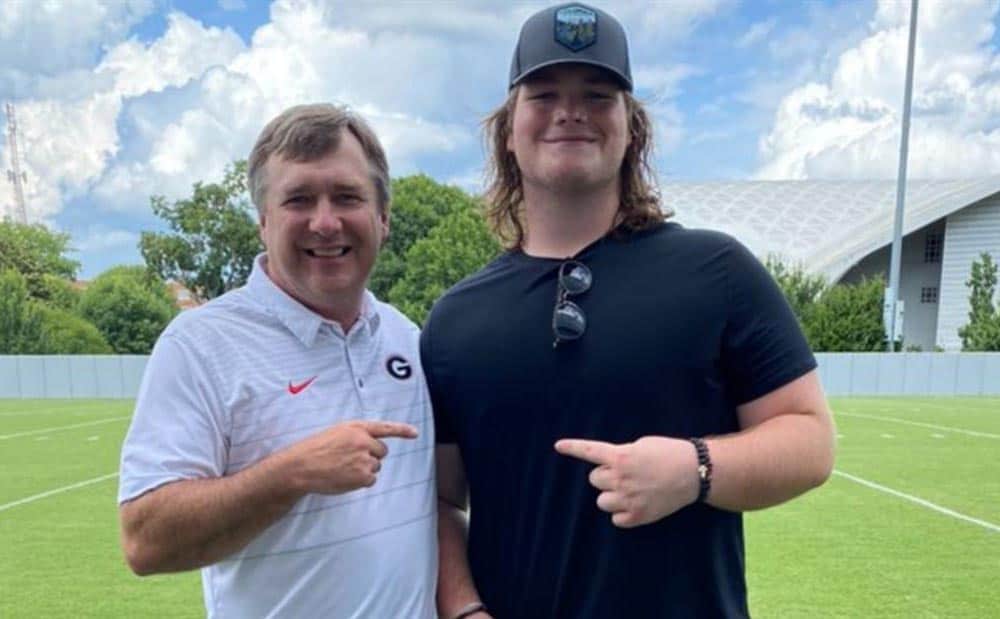 Griffin Scroggs, a three-star offensive lineman from Loganville, Ga. (Grayson High School), has committed to the Georgia Bulldogs for the class of 2022.

Scroggs decommitted from Georgia Tech on Monday. He announced his commitment to Kirby Smart and the Bulldogs on Tuesday evening via his Twitter account.

At this time I would like to announce my commitment to the University of Georgia🐾!! AGTG!#GoDawgs pic.twitter.com/Ygl46UEpld

Griffin Scroggs (6-4, 315) committed to the Bulldogs over offers from several top schools, including Auburn, Georgia Tech, Iowa State, Liberty, Tennessee, and others.

With the addition of Griffin Scroggs, the Georgia Bulldogs now have 14 commitments for the class of 2022. UGA’s class remains ranked No. 6 in the 247Sports Team Rankings. behind Penn State, Alabama, Ohio State, Notre Dame, and LSU.