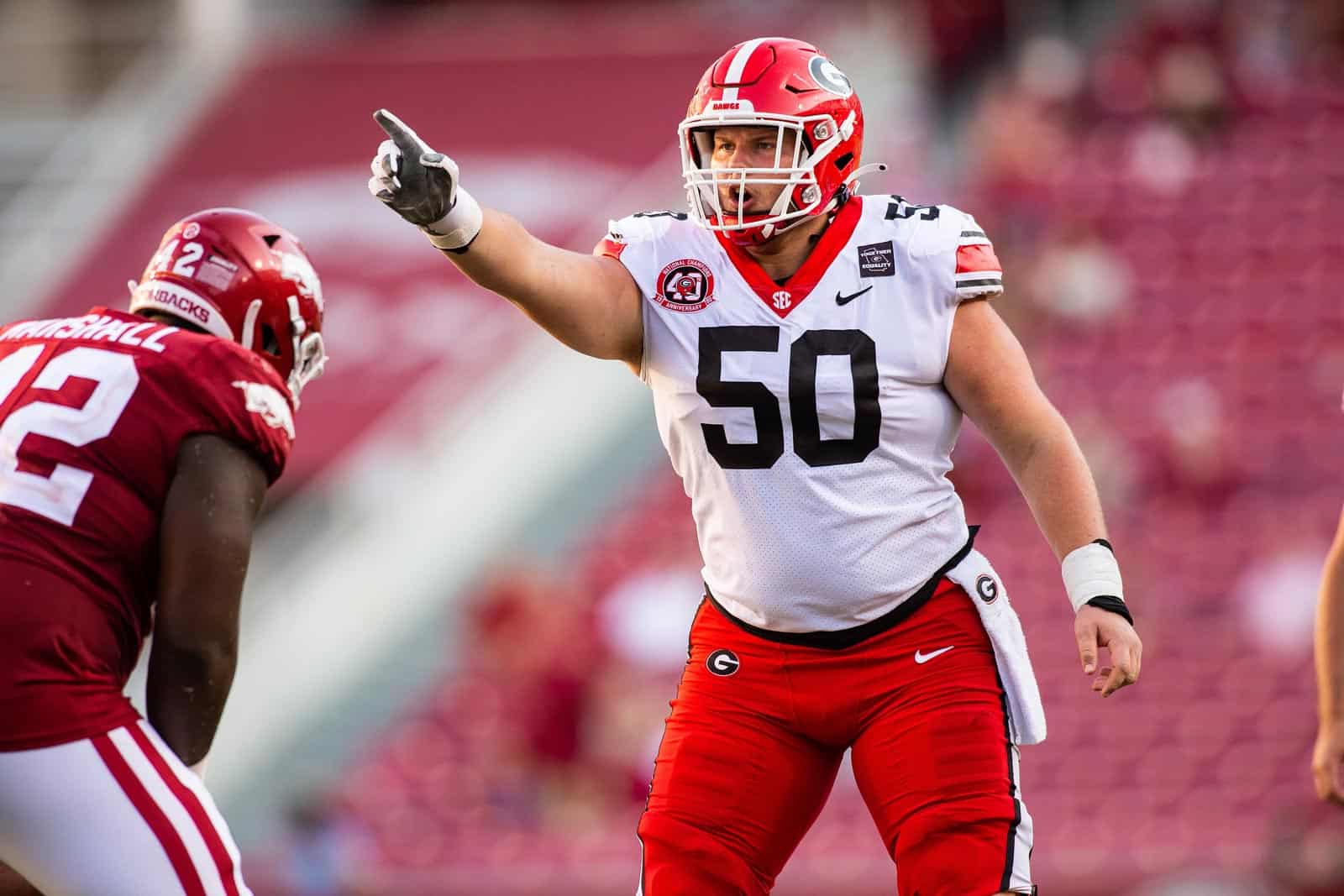 Hill is one of 40 centers named to the Rimington list and one of five players from the Southeastern Conference (SEC) included. Other SEC centers named to the list include Ricky Stromberg (Arkansas), Nick Brahms (Auburn), Liam Shanahan (LSU), and Michael Maietti (Missouri).

The Pac-12 leads the Rimington Trophy Watch List with seven nominations, followed by the Big Ten with six and the ACC, Big 12, and SEC with five each.

The Rimington Trophy is awarded to the most outstanding center in the NCAA Football Bowl Subdivision (FBS). The winner is chosen by determining the consensus All-American center from three existing All-America teams: Walter Camp Foundation (WCF), Sporting News (SN), and the Football Writers Association of America (FWAA).

Warren Ericson (6-4, 305) is a native of Suwanee, Ga. (North Gwinnett High School). Last season as a sophomore, Ericson appeared in nine games for the Bulldogs.