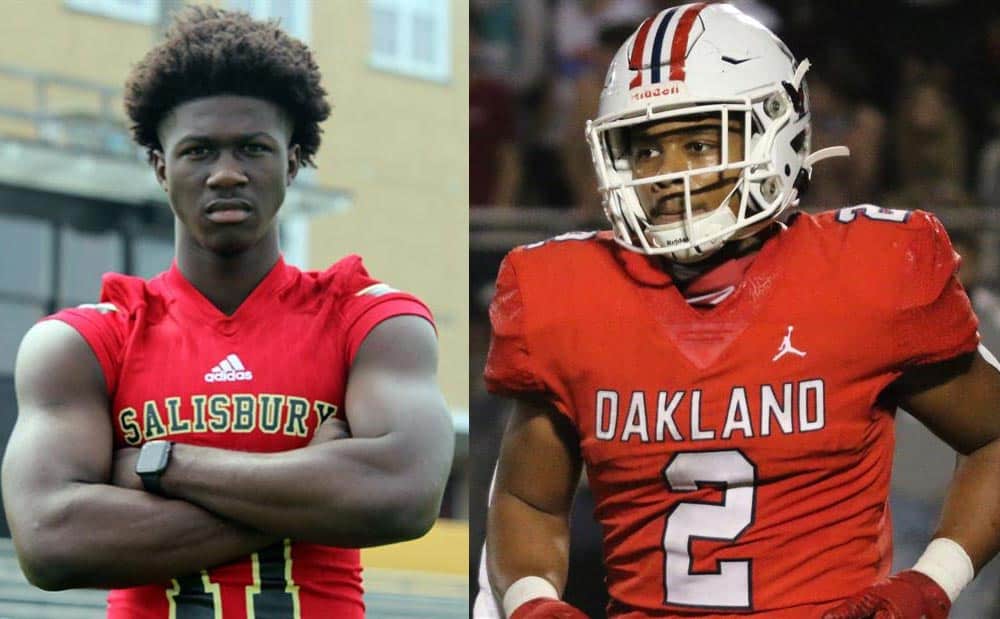 Jalon Walker and Jordan James, both four-star recruits, have committed to the Georgia Bulldogs for the 2022 class.

In the 247Sports Composite, Walker is rated as a four-star recruit, the No. 4 outside linebacker, and the No. 50 overall recruit in the country for 2022.

Rivals.com also rates Jalon Walker as a four-star recruit, the No. 9 outside linebacker, and the No. 73 overall recruit for the 2022 class.

Jordan James (5-10, 205), a running back out of Oakland High School in Murfreesboro, Tenn., committed to Georgia earlier on Monday. He committed to the Bulldogs over Oklahoma, Tennessee, and others.

Rivals.com also rates Jordan James as a four-star recruit and the No. 28 running back for the 2022 class.

Following James’ announcement, UGA football coaches reacted to the decision on on Twitter.

Oh so this is what they mean when they talk about March Madness!!! #CommitToTheG GO DAWGS!!!

With the addition of Jalon Walker and Jordan James, the Georgia Bulldogs now have 11 commitments for the class of 2022. UGA’s class remains ranked 2nd in the 247Sports Team Rankings behind Ohio State.