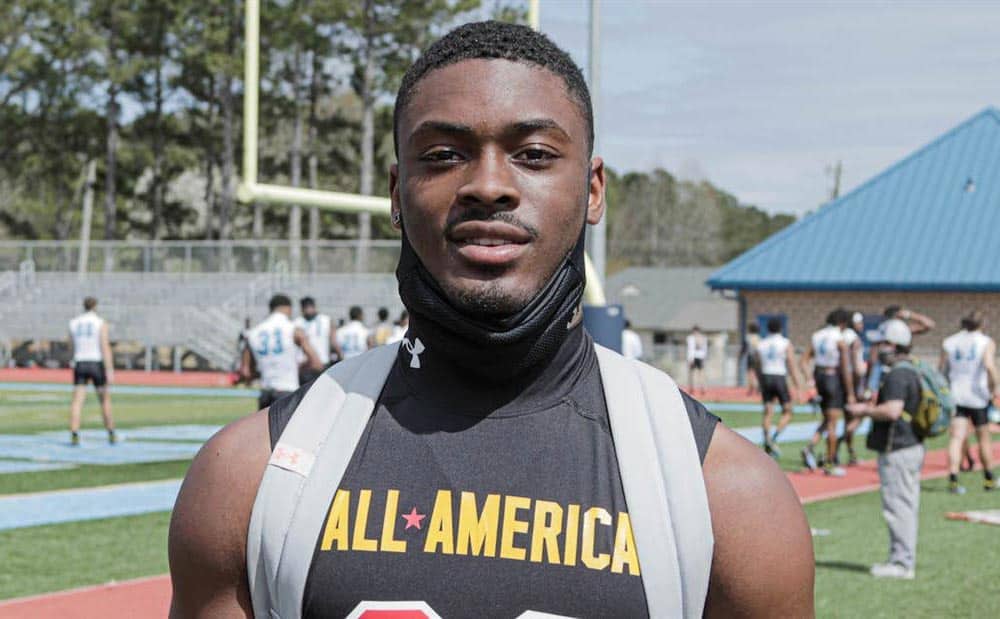 Malaki Starks, a five-star athlete from Jefferson, Ga., has committed to the Georgia Bulldogs for the 2022 class.

Starks announced his commitment to Kirby Smart and the Bulldogs on Thursday during a ceremony at his high school.

“I really feel like I’m not just another athlete to them. It feels like family,” Starks told UGASports.com on Sunday. “It feels like they’re nearing their goal of winning a (national title)—just the way they play. They want me on both sides of the ball, also. They like me on offense and defense and as a returner, so that’s the thing going for them.”

Malaki Starks (6-2, 191) committed to the Bulldogs over offers from most of the top schools, including Alabama, Auburn, Clemson, and Florida.

In the 247Sports Composite, Starks is rated as a five-star recruit, the No. 4 athlete, and the No. 29 overall recruit in the country for 2022.

Rivals.com rates Malaki Starks as a four-star recruit, the No. 5 athlete, and the No. 76 overall recruit for the 2022 class.

Following the announcement, Georgia coaches reacted to the decision on Twitter.

With the addition of Malaki Starks, the Georgia Bulldogs now have nine commitments for the class of 2022. UGA’s class remains ranked 2nd in the 247Sports Team Rankings behind Ohio State.