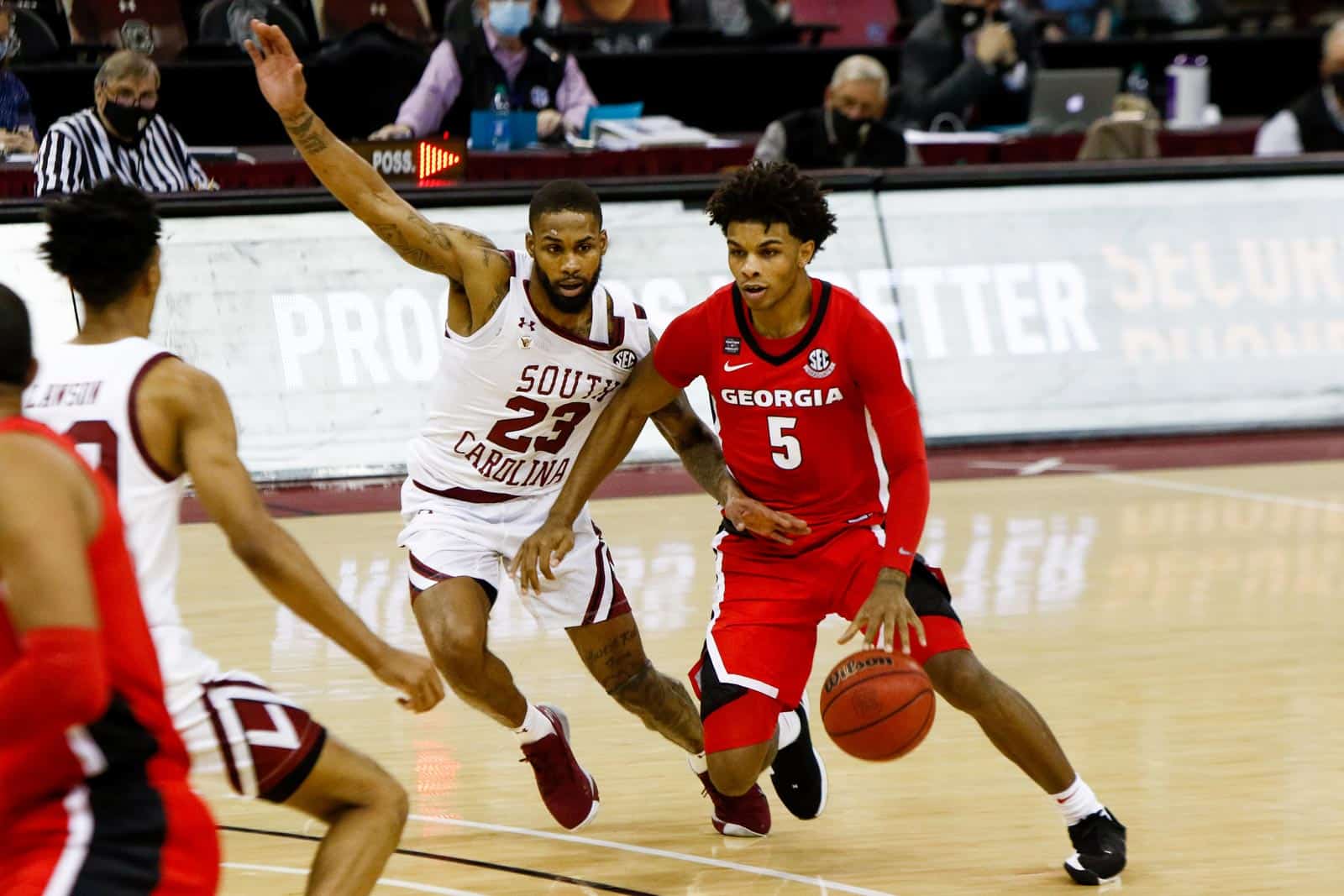 “The bottom line is our lack of shot making hurt us on the defensive end,” said head coach Tom Crean following the game. “We get quiet when we’re not making shots, and it’s a tough night … We’re going to have to do something different defensively because we’re not into the ball or getting under the way that we need to as guards, and our bigs are not providing enough support when that ball gets driven. When we’re doing that, we put ourselves in a position where we’re not in position to rebound as well. The rebounding was pretty equal, but at the end of the day, the offensive boards they got, they turned into buckets and threes.”

After South Carolina (4-5, 2-3 SEC) jumped out to a quick lead, Georgia responded with a 12-2 run, consistently working the ball into the paint despite early foul trouble for graduate P.J. Horne and sophomore Toumani Camara. Although the Bulldogs subsequently went over three minutes without a field goal, poor shooting from both teams allowed for Georgia to maintain a 17-13 lead at the under-8 timeout.

Coming out of the break, the Gamecocks began to connect from outside, retaking the lead with a pair of 3-pointers. The scoring burst eventually grew into an 16-3 South Carolina run, extending its lead to double digits late in the half. The Bulldogs were able to hold the Gamecocks scoreless in the final 90 seconds of the period, with a pair of Tyron McMillan baskets bringing the score to 36-26 at intermission.

Georgia began to cut into the deficit as the second half opened, narrowing the margin to six, but South Carolina’s 3-point shooting helped maintain its advantage. The Bulldogs once again went scoreless for a prolonged period, going over five minutes without a field goal as the Gamecocks’ lead grew to 15 midway through the half.

As Georgia continued to struggle scoring, South Carolina extended the lead to a game-high 31 points with under three minutes remaining in the contest. A Garcia layup at the 3:29 mark finally broke a seven-minute streak without a field goal for the Bulldogs, who used six late points from Johnson to narrow the final margin.

Georgia returns home for a matchup against Ole Miss on Saturday, Jan. 30 at Stegeman Coliseum. The meeting with the Rebels is set for a 6 p.m. tip time and will be broadcast on SEC Network.