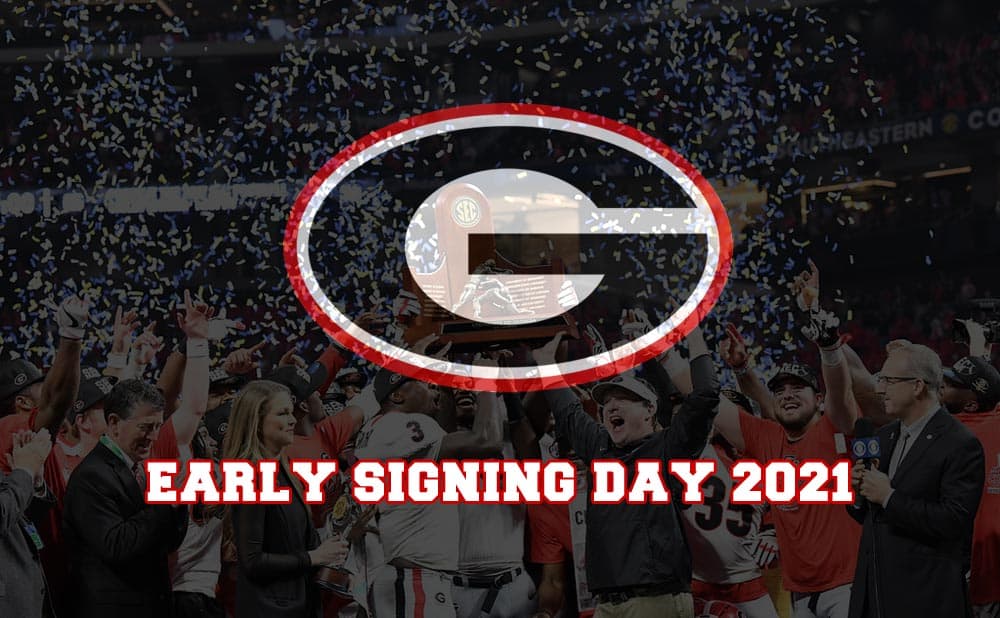 Below are details on Georgia’s 2021 football recruiting class. This data will be updated often (last updated: Dec. 16 at 3:05pm ET):

Several recruits that are committed to UGA are expected to sign on Wednesday, while others remain to be announced. Below is the list (all times ET; early enrollees in bold):

The following UGA commitments are expected to sign on the regular signing day on Wednesday, Feb. 3, 2021:

8:00am – 4-star DT Jonathan Jefferson is the first signee of the day for the Dawgs!

8:07am – 3-star OL Jared Wilson has signed his letter of intent to UGA.

8:14am – 4-star DT Tyrion Ingram-Dawkins has officially signed with UGA.

8:35am – 4-star OL Dylan Fairchild has signed with the Bulldogs.

8:39am – 3-star CB Javon Bullard has officially signed with Georgia.

8:55am – 4-star LB Jamon Dumas-Johnson has signed with the Dawgs.

9:00am – 3-star DL Marlin Dean has signed with the Bulldogs.

10:21am – 4-star CB Kamari Lassiter has signed his letter of intent with Georgia.

11:44am – 3-star WR Adonai Mitchell has signed with Georgia.

12:57pm – 4-star DB Nyland Green has signed his letter of intent with Georgia.

2:13pm – 4-star RB Lovasea Carroll has signed with the Bulldogs.