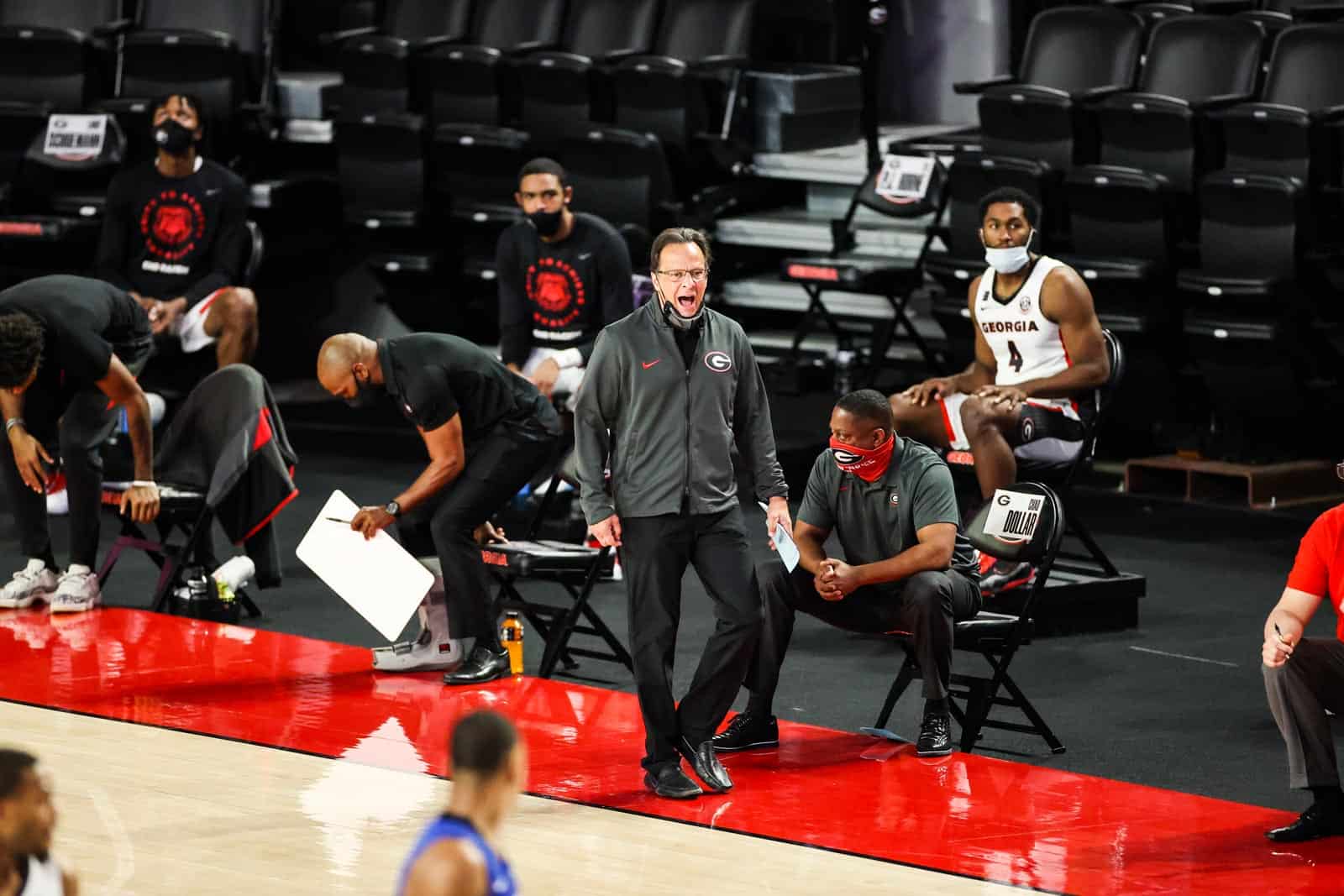 ATHENS, Ga. — The times and television networks for the Georgia Bulldogs’ 18-game SEC slate were announced on Tuesday by the league office in Birmingham, Ala. Georgia will begin league play by hosting Mississippi State at 7:00 p.m. on Dec. 30, one of four weeknight games at Stegeman Coliseum to tip at that time.

Fourteen of Georgia’s game will air on the SEC Network. In addition, a Jan. 16 outing at Ole Miss will be on ESPN2 and a Jan. 27 contest at South Carolina is scheduled to be shown on ESPNU. The Jan. 23 game versus Florida will air on ESPN or ESPN2, and the regular-season finale at Tennessee will be on either ESPN2 of ESPNU.

The Bulldogs are currently 3-0 on the season. Five Bulldogs currently average double-figure scoring tallies – Sahvir Wheeler at 16.7 ppg, Toumani Camara at 14.0 ppg, Tye Fagan at 11.7 ppg, Andrew Garcia at 11.0 ppg and P.J. Horne at 10.0 ppg. Wheeler is averaging a nation-leading 10.7 assists per game. The sophomore from Houston has posted three straight point-assist double-doubles to open the season. No SEC player has accomplished that feat in at least 21 seasons dating back through the 2000-01 campaign.