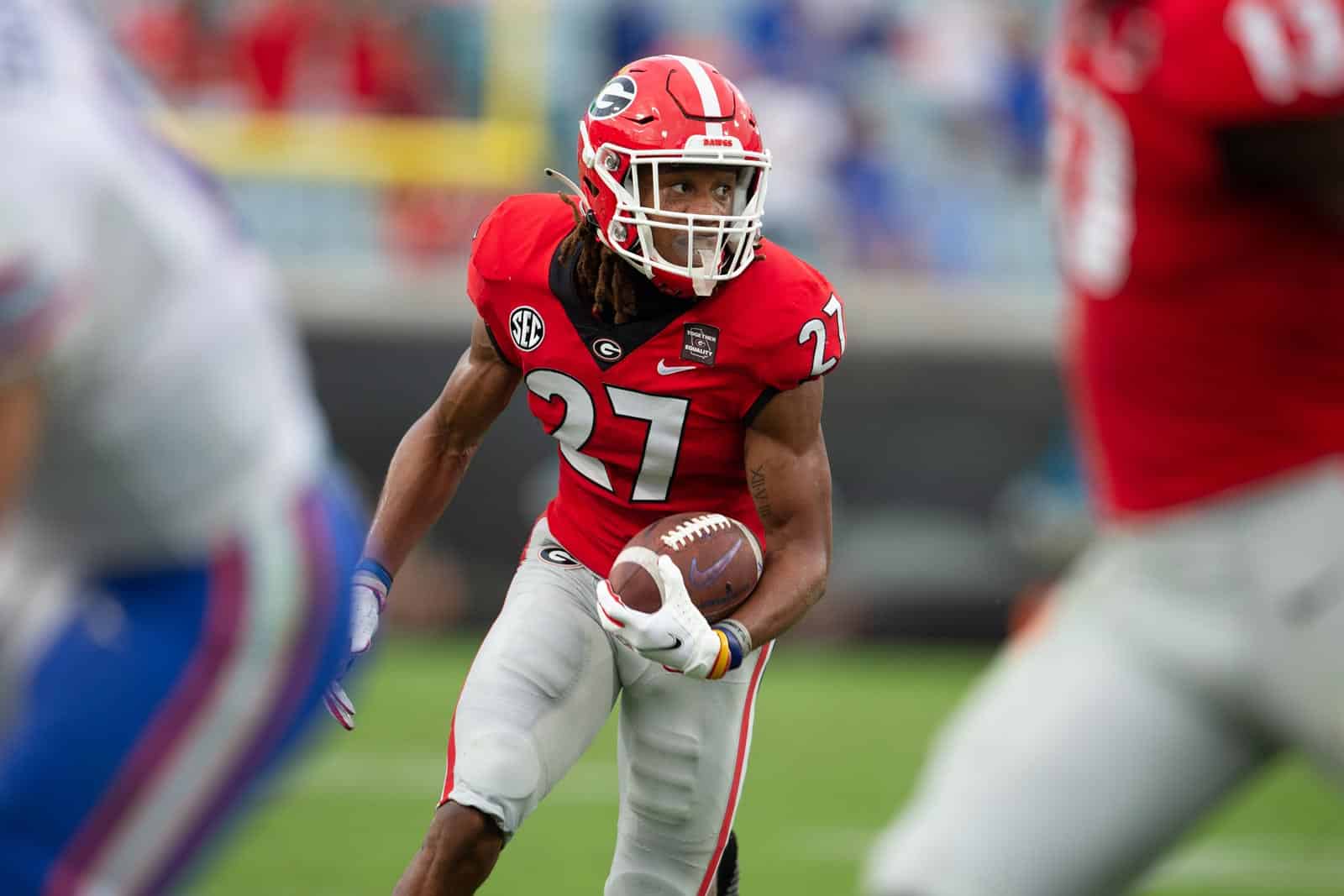 ATHENS, Ga. – Georgia junior defensive back Eric Stokes has been named the Southeastern Conference Defensive Player of the Week following Georgia’s 49-14 win at No. 25 Missouri, according to a league announcement.

Stokes, a native of Covington, Ga., had two tackles and an interception that he returned 27 yards on Missouri’s opening drive that put the ball at the Tiger 23-yard line. He is tied for the league lead with four picks and has returned two of those for touchdowns, which puts him at the top of the national list. Stokes helped anchor a defense that held Missouri to just 22 yards rushing (1.0 per carry) and scoreless for three quarters.

The No. 9 Bulldogs (7-2 SEC) play host to Vanderbilt (0-9 SEC) on Dooley Field in Sanford Stadium this Saturday. SEC Network will televise the game at 12 p.m.