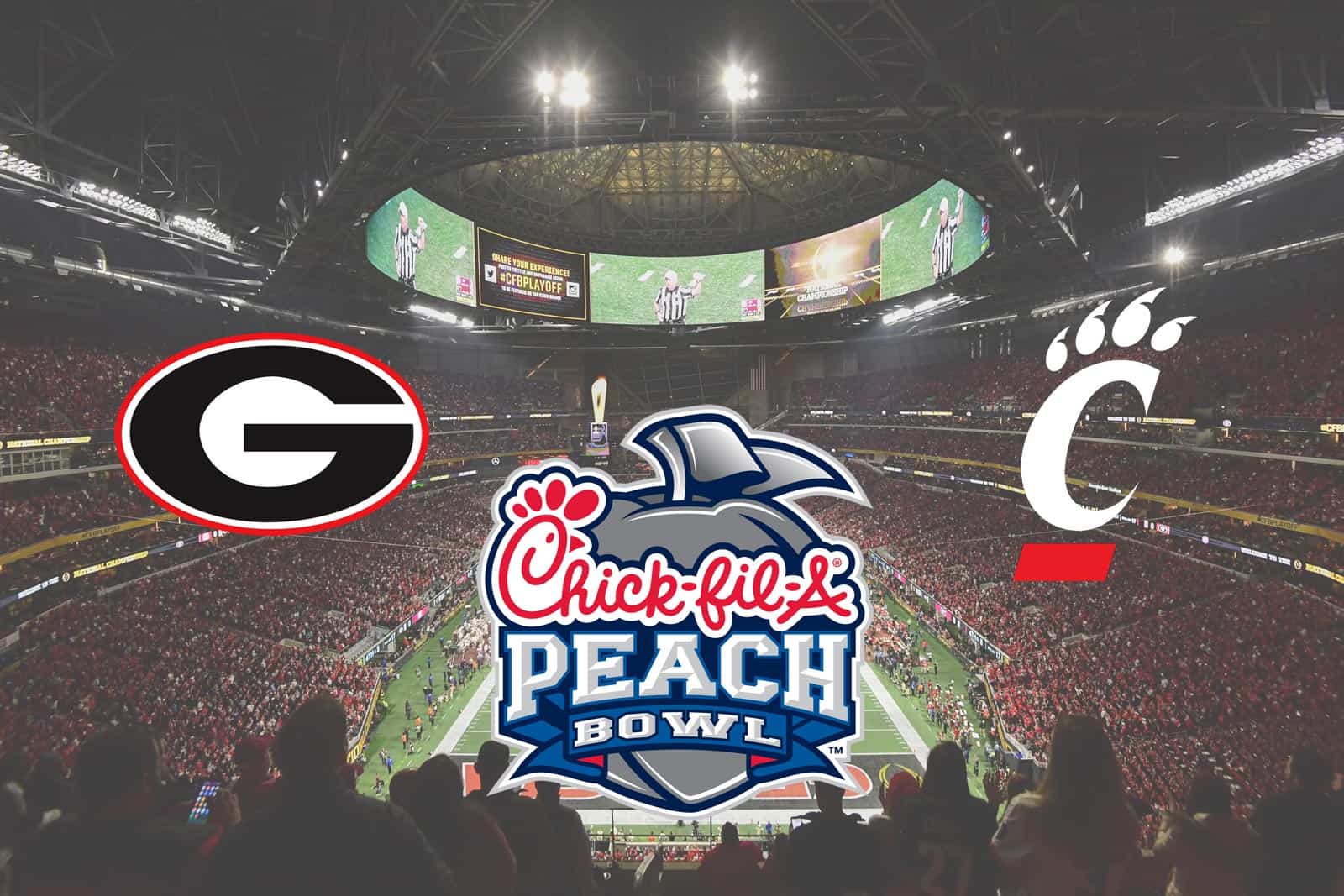 The Georgia Bulldogs will face the Cincinnati Bearcats in the Chick-fil-A Peach Bowl, it was officially announced on Sunday.

The Chick-fil-A Peach Bowl will be played on Friday, January 1, 2021, at Mercedes-Benz Stadium in Atlanta, Ga. ESPN will televise the game at 12:00pm ET (Buy Tickets).

“The challenges of this season have been many for every team and I’m certainly excited for our team and especially our seniors to have the opportunity to play in the Chick-fil-A Peach Bowl which is annually one of the premier New Year’s Six games during the holiday season,” said UGA head coach Kirby Smart. “This is close to home and a venue we are very familiar with; however, none of our players and only a couple of our coaches have had the opportunity to participate in this game.  We’re also looking forward to the challenge of playing a quality opponent in Cincinnati. Coach Fickell has done a remarkable job with two 11-win seasons the last two years and a perfect season this year.”

The Chick-fil-A Peach Bowl is the second of five college football bowl games set for New Year’s Day. The TicketSmarter Birmingham Bowl kicks off the day at noon ET. Following the Peach Bowl is the Vrbo Citrus Bowl at 1:00pm ET and then the College Football Playoff Semifinals. Alabama takes on Notre Dame in the Rose Bowl Game at 5:00pm ET and Clemson faces Ohio State in the Allstate Sugar Bowl at 8:45pm ET.

Georgia, which finished the 2020 season 7-2, came in at No. 9 in the final College Football Playoff rankings. Cincinnati is ranked 8th.

“We are delighted with the selection of our team to represent the University of Georgia in the Chick-fil-A Peach Bowl,” said UGA J. Reid Parker Director of Athletics Greg McGarity. “Even though we have played in Atlanta on several occasions, we’ve not had the opportunity to play in this game since 2006.  Even under the circumstances of 2020, it will be a new experience for our players and as many of our fans who are able to attend.  It’s a great opportunity to play in a first class stadium, and we look forward to competing against an undefeated Cincinnati team.”

Georgia and Cincinnati have only met twice on the gridiron in their history. The Bulldogs defeated the Bearcats in both contests, 35-13 in 1942 in Cincinnati and 31-17 in 1976 in Athens.

Cincinnati heads into the Chick-fil-A Peach with an undefeated record (9-0). The Bearcats defeated the Tulsa Golden Hurricane on Saturday, 27-24, to win the American Athletic Conference Championship Game.

The Chick-fil-A Peach Bowl will mark Georgia’s 57th appearance in a post-season game. The Bulldogs are 32-21-3 all-time in post-season games and have appeared in a bowl game in 24 consecutive seasons, which is now the longest current active streak in the country.