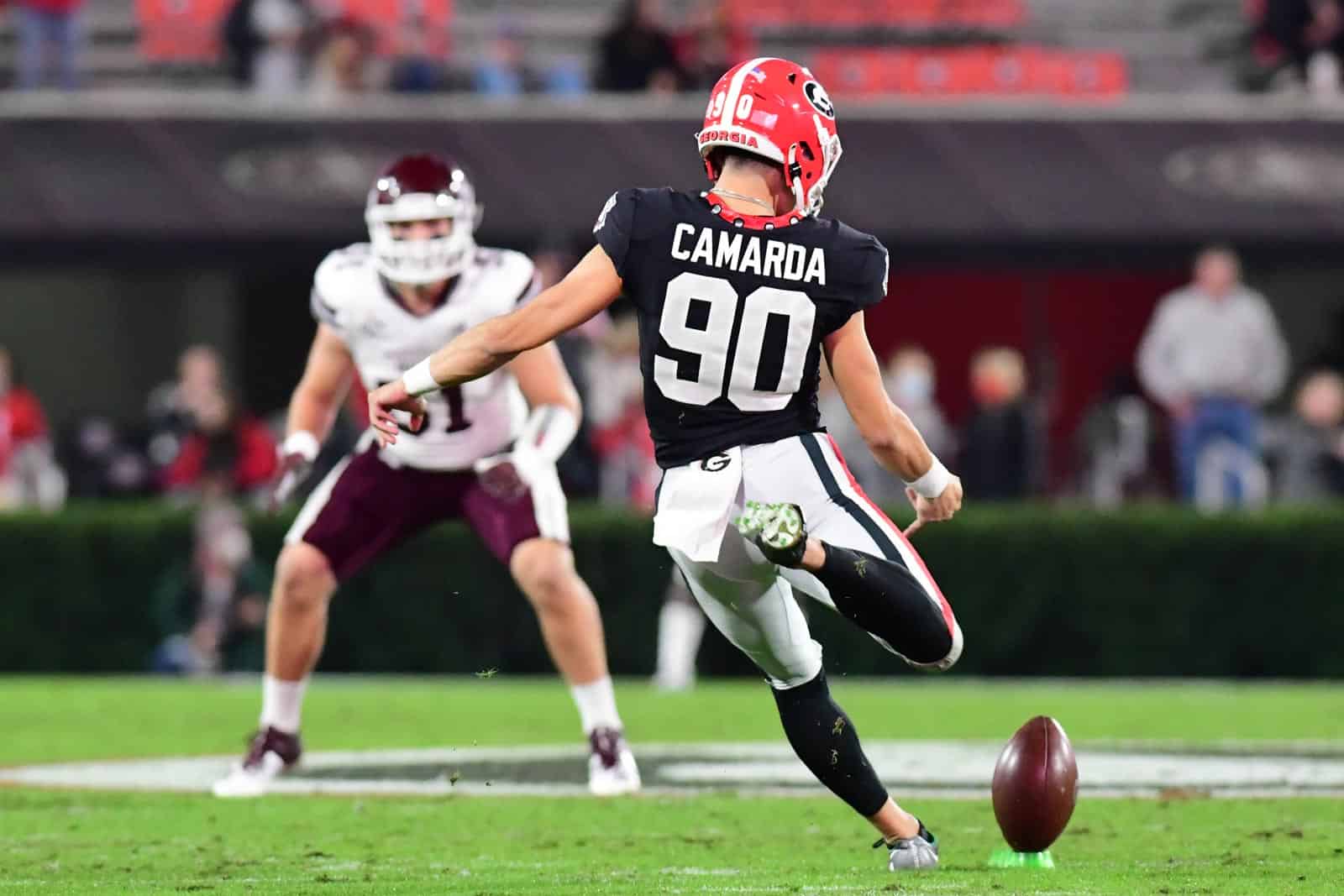 The Bulldog trio joins senior Monty Rice and sophomore Nakobe Dean, who were announced recently as semifinalists for the Butkus Award, which is given to the nation’s top linebacker.

Camarda, a native of Norcross, Ga., is one of three players from the Southeastern Conference on the list. Finalists for the Ray Guy Award are expected to be announced on Dec 22.

Camarda’s punting average of 47.8 ranks third in the country while the Bulldogs’ 45.6 average in Net Punting leads the nation. He has punted 29 times and placed 17 inside the 20 and has 14 that have traveled 50 yards or more. Opponents have only two punt return yards for two yards this season. The two-time 2020 SEC Special Teams Player of the Week is averaging 45.7 for his career. Butler owns the Bulldog school record at 45.4 for his career.

Former Bulldog Drew Butler, who punted for two different NFL teams for a combined four seasons, won the 2009 Ray Guy Award. Butler was also a finalist for the Ray Guy in 2010.

Podlesny, a native of St. Simons Island, Ga., is one of six players from the conference on the list. Finalists for the Lou Groza Award are also expected to be announced on Dec. 22.

Former Bulldog and current Indianapolis Colt Rodrigo Blankenship won the 2019 Lou Groza Award after being a semifinalist in 2018 and 2017. He was only the third winner in SEC history.

Podlesny has taken over for Blankenship this season and made 10 of 12 field goal attempts, including four of five from at least 40 yards out. His performance has included 50 and a 51-yard kicks. Podlesny, who was a Lou Groza “Star of the Week” earlier this season, is 30-for-30 on PATs this year. Georgia extended the NCAA record this season for consecutive PATs to 322 following another six successful kicks from Podlesny in the latest victory over South Carolina. The Bulldogs’ streak dates back to 2014 and includes six different kickers.

Ojulari, a native of Marietta, Ga., is one of three players from the league who are Bednarik Award semifinalists. Three finalists will be announced on Dec. 21.

Ojulari, a Football Writers Association of America (FWAA) Freshman All-American and finalist for the Shaun Alexander Freshman Player of the Year Award in 2019, has a team-high 8.5 tackles for loss and 5.5 sacks. He ranks second in the SEC in sacks and fifth in the league in TFLs. Ojulari has two forced fumbles and has recovered a fumble while helping Georgia have the country’s third-best Rushing Defense (75.2 yards/game) this season.