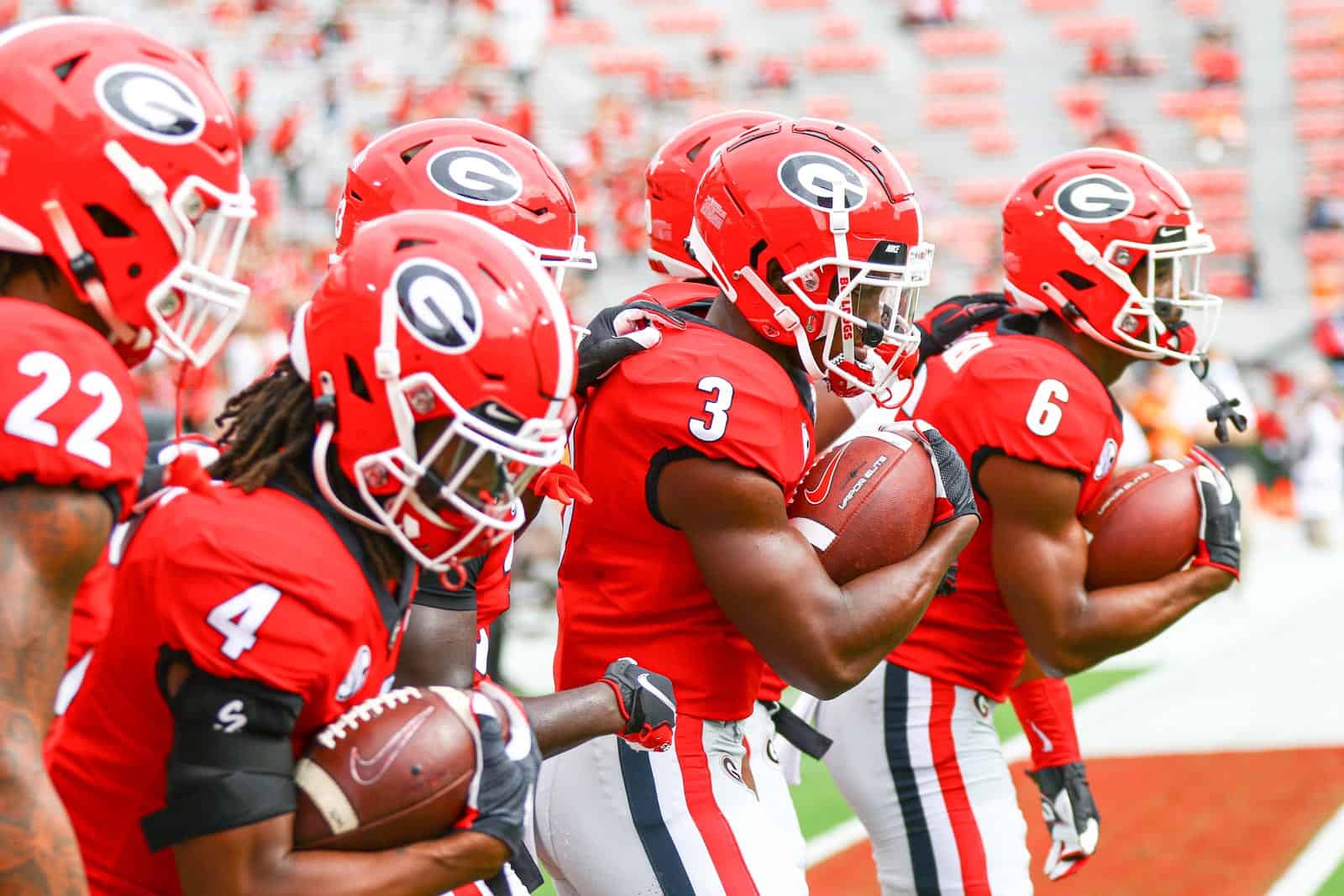 The Georgia Bulldogs have dropped one spot to 9th in the College Football Playoff rankings for Dec. 8, 2020, the CFP announced on Tuesday.

Georgia dropped one spot even though they did not play on Saturday due to their home game against the Vanderbilt Commodores being postponed.

The Iowa State Cyclones, previously ranked No. 9, moved up two spots to No. 7, jumping both Cincinnati and Georgia. Cincinnati remains ranked in front of the Bulldogs, this week at No. 8.

Georgia has no wins over teams currently ranked in the College Football Playoff Rankings. The Bulldogs fell to No. 1 Alabama, 41-24, and No. 6 Florida, 44-28, earlier this season.

The Bulldogs’ opponent on Dec. 19, the Missouri Tigers, have entered the rankings at No. 25.

The Bulldogs are currently ranked 10th in the Amway Coaches Poll and 12th in the AP Poll.

The College Football Playoff Selection Committee will release their Top 25 rankings each week on Tuesday through Dec. 15. Below is the schedule of dates (all times Eastern):

On Sunday, Dec. 20 at Noon ET, the College Football Playoff Selection Committee will announce the Playoff Semifinal pairings and semifinal bowl assignments. Those will be followed by the pairings for the remainder of the New Year’s Six bowl games.

Georgia’s next game is this Saturday on the road against the Missouri Tigers. The game will be televised by the SEC Network at 12:00pm ET.