UGA football picks up commitments for 2021 and 2022 recruiting classes

UGA football picks up commitments for 2021 and 2022 recruiting classes 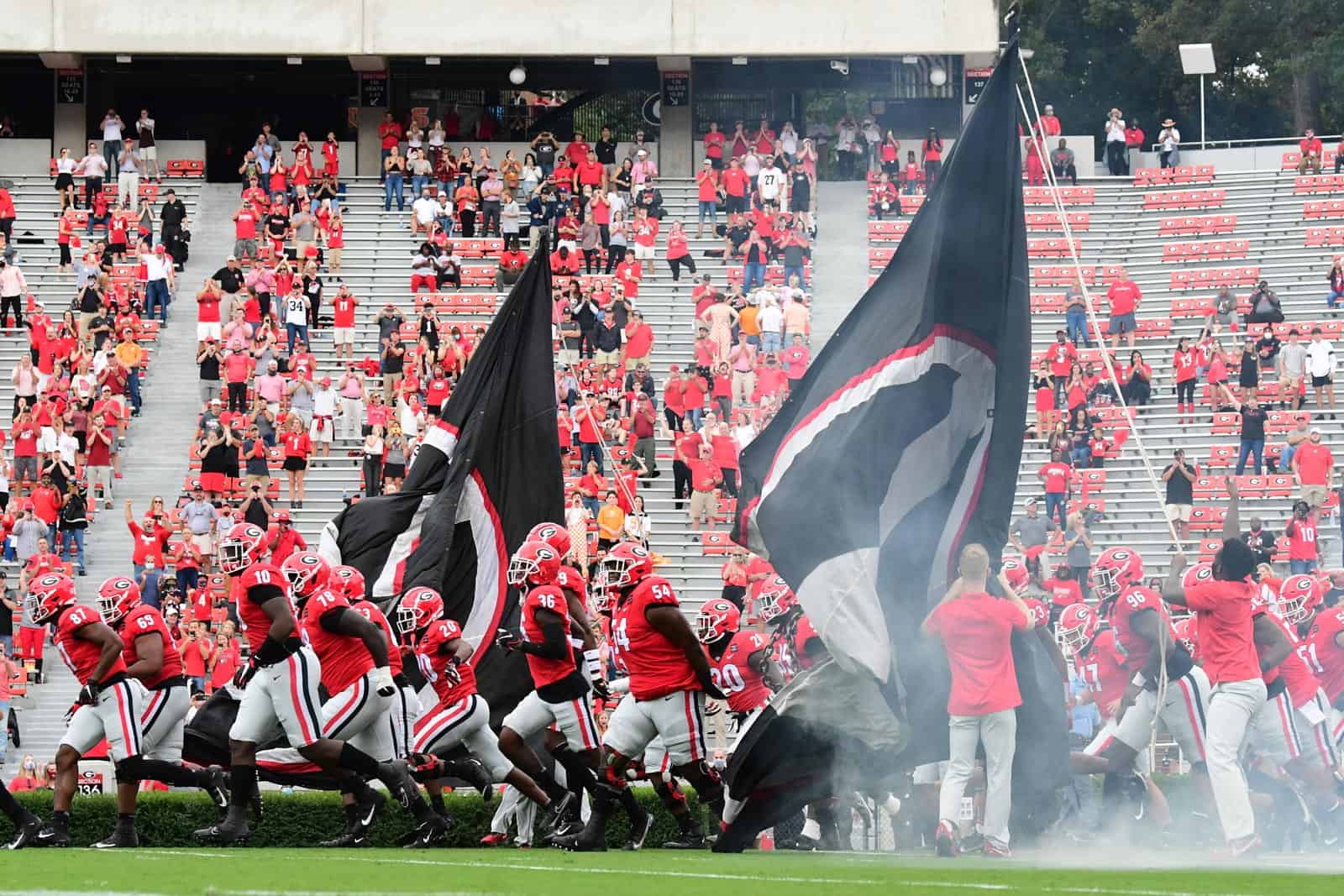 UGA football has picked up commitments for the 2021 and 2022 recruiting classes this week.

Ingram-Dawkins chose the Bulldogs over offers from most of the top schools, including Alabama, Arkansas, Auburn, Florida State, Georgia Tech, Kansas State, LSU, Michigan, Oklahoma, Penn State, and others.

With the addition of Tyrion Ingram-Dawkins, the Georgia Bulldogs now have 18 commitments for the class of 2021. UGA’s class remains ranked 6th in the 247Sports Team Rankings.

On Sunday, the Bulldogs picked up their third commitment for the class of 2022 when five-star athlete Deyon Bouie pledged to UGA.

Fifth-ranked Georgia (4-1) is next scheduled to take on eighth-ranked Florida on Saturday, Nov. 7 at TIAA Bank Field in Jacksonville, Fla. The game is set for 3:30pm ET and it will be televised by CBS.