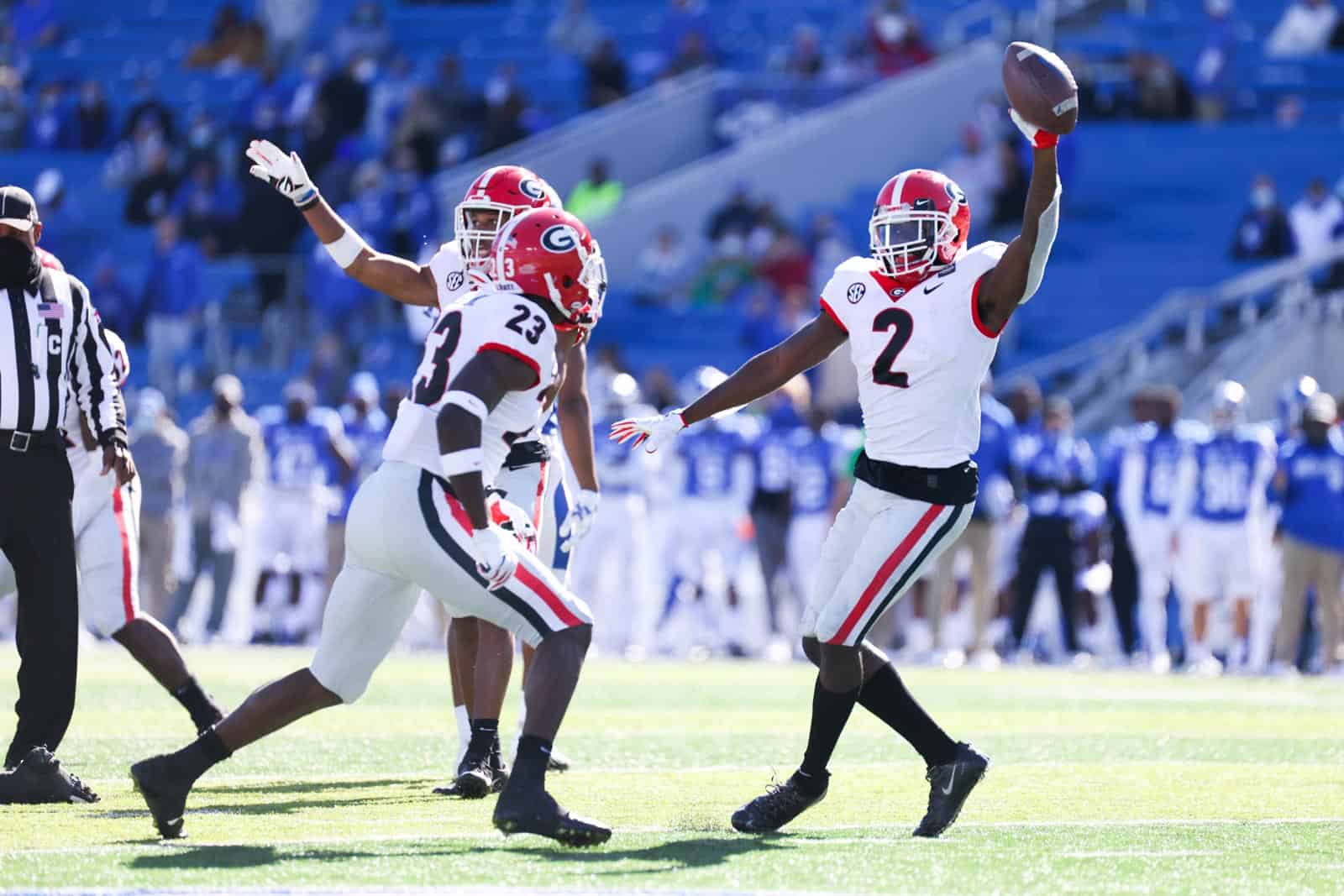 Richard LeCounte was named SEC Defensive Player of the Week after recording a career-high 13 tackles, three pass breakups, and fumble recovery during Georgia’s 14-3 win at Kentucky.

This was the first SEC weekly honor this season for LeCounte, a senior who is a native of Riceboro, Ga.

Jake Camarda received the SEC Special Teams Player of the Week designation following his efforts in Lexington. Camarda had two punts for a 47.5 yard average with no touchbacks or return yards.

Fifth-ranked Georgia (4-1) is next scheduled to take on eighth-ranked Florida on Saturday, Nov. 7 at TIAA Bank Field in Jacksonville, Fla. The game is set for 3:30pm ET and it will be televised by CBS (Buy Tickets).