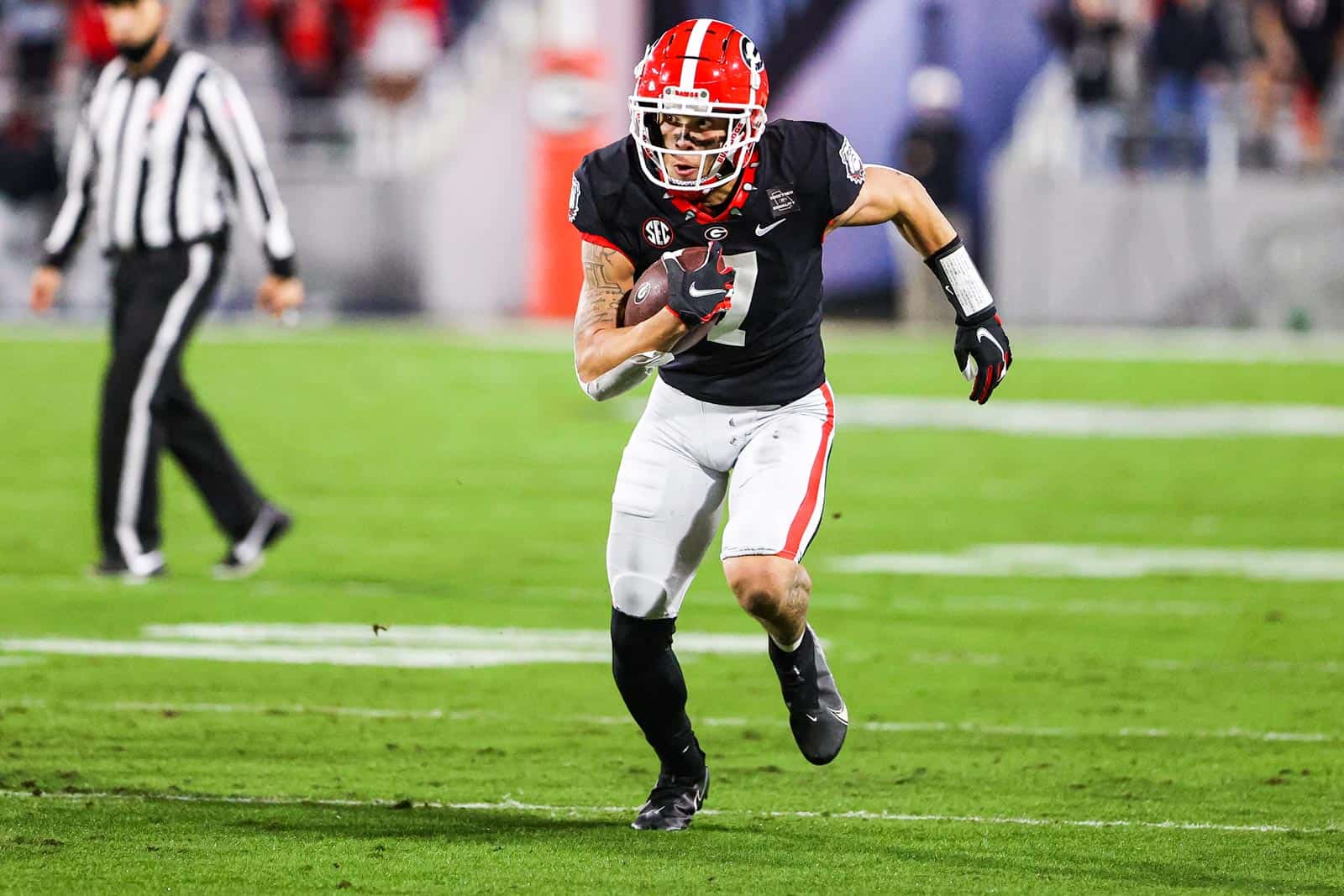 UGA football quarterback JT Daniels and wide receiver Jermaine Burton have each been named SEC Player of the Week, the SEC announced on Monday.

Below is more information from the UGA release:

Daniels, a native of Irvine, Calif., made his Bulldog debut and shredded MSU for 401 yards and four touchdowns (both career highs) during his team’s win.  Daniels was 10-for-11 for 144 yards, three touchdowns and was only sacked once on third downs.  He posted the top efficiency rating of his career (197.1).  Daniels became the first Bulldog since Aaron Murray in 2013 to throw for more than 400 yards in a game.

Daniels has also been named to the Davey O’Brien Award Great 8 and as one of the Manning Award Stars of the Week for his performance.

Burton, a native of Atlanta and graduate of Calabasas High School (Calif.), hauled in eight catches for 197 yards and two touchdowns (all career highs) from Daniels during the Bulldogs’ fifth win of the year.  Burton had catches for 49, 48 and 46 yards and finished with the fourth-best outing by a receiver in school history.  His showing was the best since Tavarres King went for a record 205 against Michigan State in the 2012 Outback Bowl.