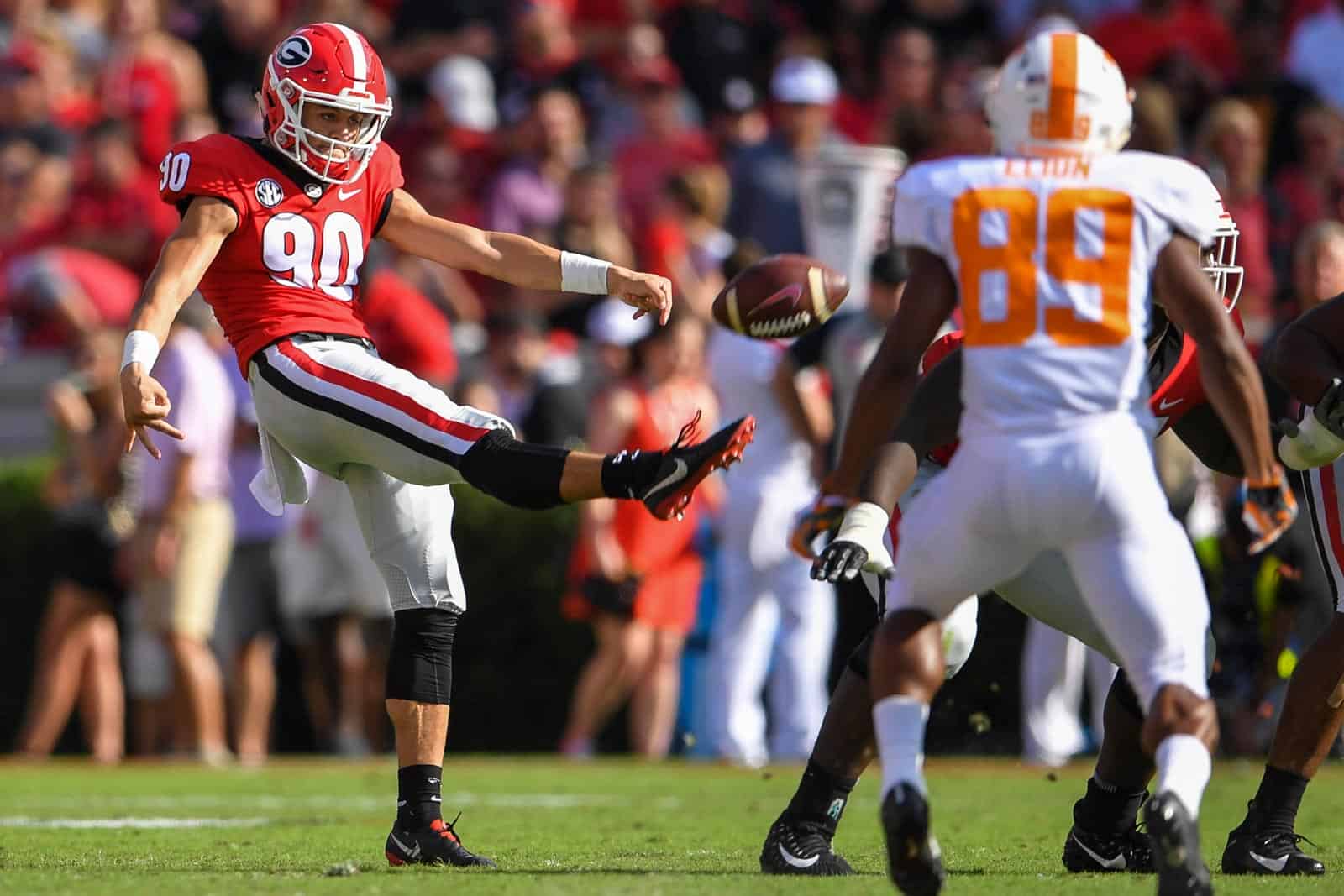 Georgia’s game at home against the Tennessee Volunteers on Saturday, October 10, will be televised by CBS at 3:30pm ET, the SEC has announced.

Game times and networks for other games of Oct. 10 were previously announced and can be found at https://t.co/d0tARQHQso.

Georgia-Tennessee tickets are available from StubHub. The get-in price is currently around $150 plus fees.

Georgia and Tennessee first met on the gridiron in 1899 and have played a total of 49 contests. Last season, the Bulldogs defeated the Volunteers 43-14 in Knoxville for their third-consecutive victory in the series, which the Bulldogs now lead 24-23-2.

This will be Georgia’s first appearance on CBS this season. So far this season, Georgia has appeared on the SEC Network and ESPN once each. The Bulldogs are also set to appear on CBS on Oct. 17 at Alabama (8pm ET) and on Nov. 7 against Florida in Jacksonville (3:30pm ET).