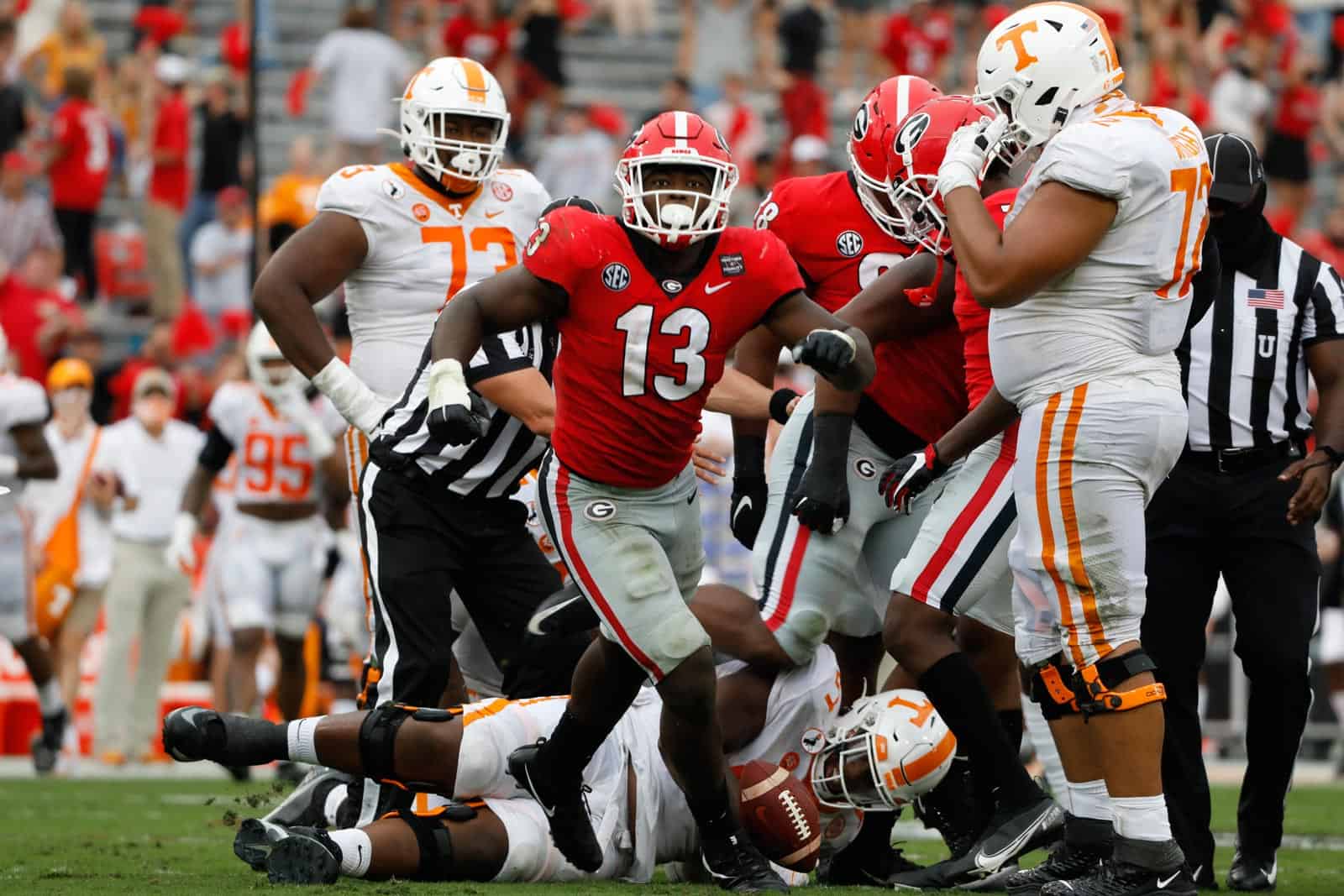 ATHENS, Ga. – Georgia redshirt sophomore Azeez Ojulari has been named the Southeastern Conference Defensive Lineman of the Week, according to a league announcement.

Ojulari, a native of Marietta, Ga., finished with five stops, including two sacks, two forced fumbles and one recovered fumble during the Bulldogs’ third straight win. He had a strip-sack and recovery, which gave Tennessee its first turnover on the year, on the opening series of the second half that came with Georgia trailing 21-17.

Ojulari followed that up three series later with another sack that forced the Vols to punt. Georgia scored on the ensuing series to distance themselves at 30-21. Ojulari led the attack against Tennessee in the second half as the Vols were held to 71 yards on 39 plays and only 214 total yards on offense during the game.