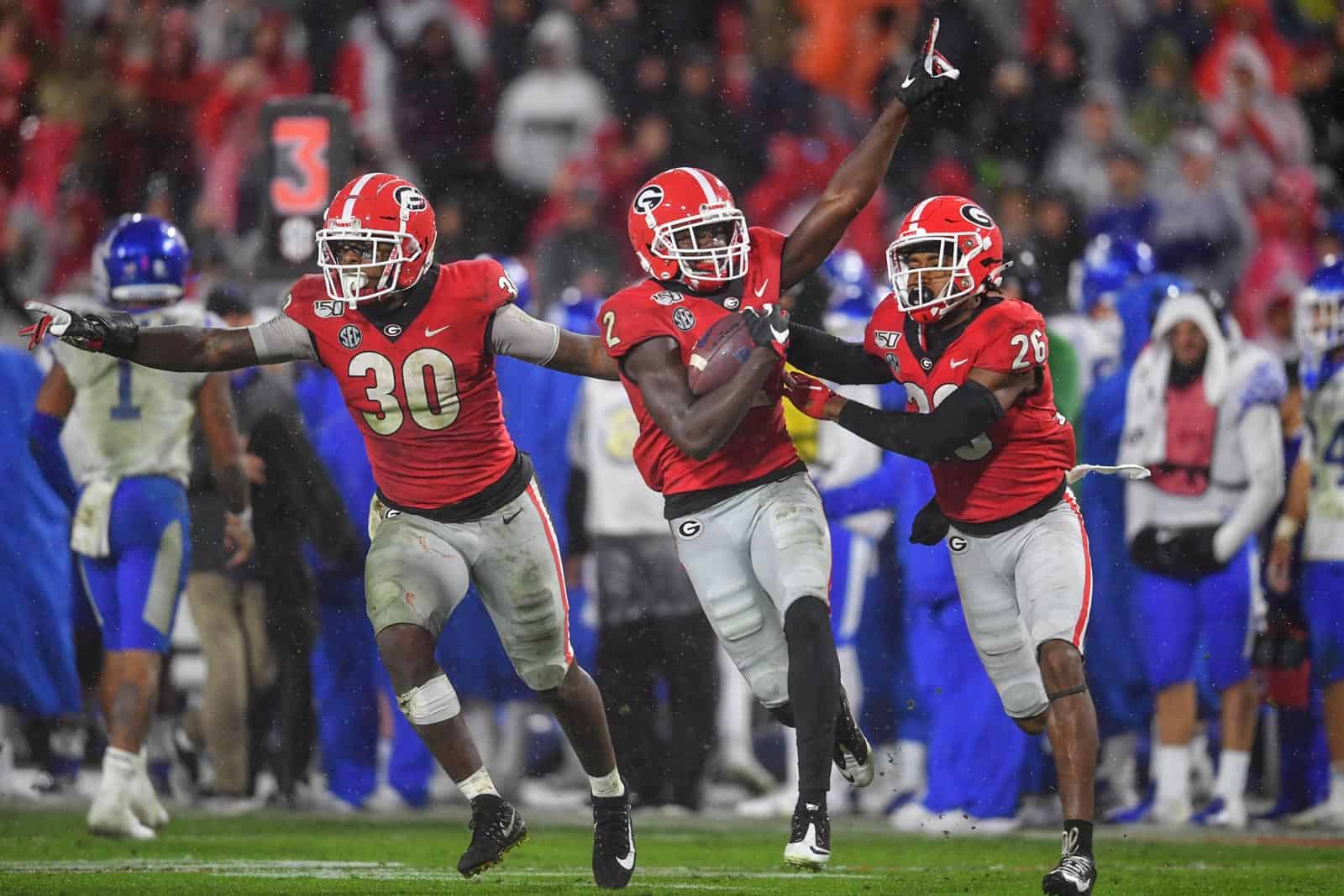 ATHENS, Ga. – Two Georgia football games this fall — Oct. 17 at Alabama and Nov. 7 vs. Florida in Jacksonville — were selected as part of the 7-game package of SEC games carried nationally by CBS in the 2020 season, according to an announcement by the league office Tuesday.

The Bulldogs’ contest in Tuscaloosa is slated for a prime-time, 8:00 p.m. (ET) kickoff. Georgia’s annual clash in Jacksonville will kick off at its traditional time of 3:30 p.m. (ET). Brad Nessler and Gary Danielson, along with reporter Jamie Erdahl, are CBS Sports’ lead college football announce team. Gene Steratore will again serve as the Rules Analyst.

In July, the SEC established September 26 as the new kickoff for its 2020 football season to allow its universities to focus on the healthy return of their campus communities and the gradual re-introduction of athletics, as the 14 members of the SEC continue to monitor developments related to COVID-19.

CBS has selected games for the first two weeks of the SEC football season and four other games later in the fall. Given the unique circumstances of this season, the SEC requested that its television partners make advanced game selections where possible prior to the start of the season to assist the Conference and schools with planning and logistics. For any games not chosen before the start of the season, the normal 12- or six-day selection process will be used during the season.

Additional kickoff times for early season games to be televised by ESPN, ESPN2, ESPNU and the SEC Network will be announced soon.

The 2020 SEC football season will be comprised of a 10-game Conference-only schedule and the SEC Football Championship Game will be played December 19 at Mercedes-Benz Stadium in Atlanta, rescheduled from the original date of December 5. The schedule will include one mid-season open date for each school and an open date on December 12 for all schools.