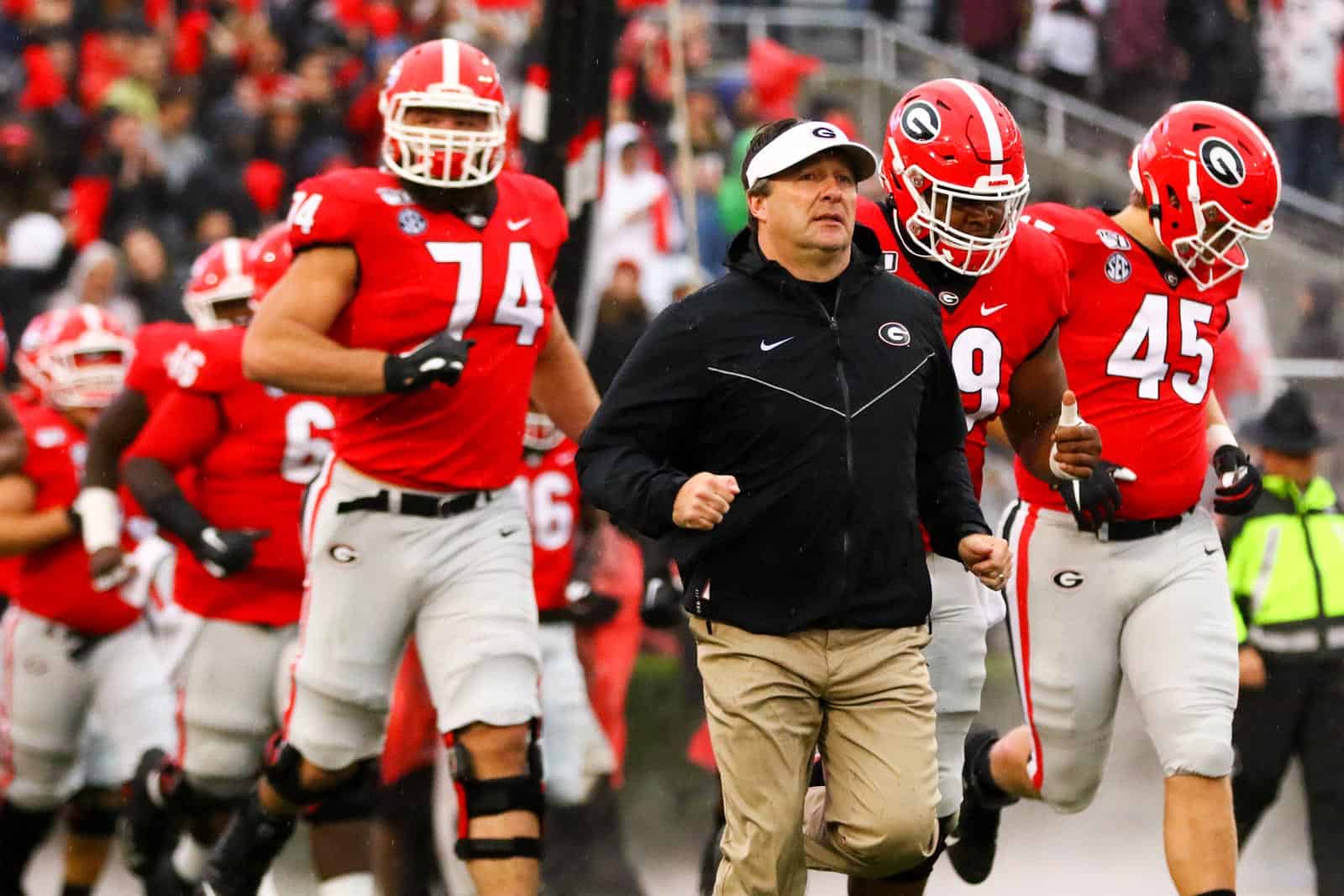 The revised 2020 UGA football schedule has been officially released. Georgia will open the 2020 season at the Arkansas Razorbacks on Saturday, Sept. 26.

Arkansas is now lead by head coach Sam Pittman, who took over in Fayetteville following the firing of Chad Morris. Pittman coached the offensive line at UGA under Kirby Smart from 2016 through 2019.

Georgia will then host Auburn and Tennessee in Athens on back-to-back weeks on Oct. 3 and Oct. 10, respectively. The Bulldogs then travel to take on Alabama on Oct. 17 and Kentucky on Oct. 24. The Bulldogs are off on Oct. 31 (Halloween).

The Georgia-Florida game has been pushed back one week and will now be played on Saturday, Nov. 7 in Jacksonville, Fla.

Georgia closes out the regular-season at Missouri on Nov. 14, home against Mississippi State on Nov. 21, at South Carolina on Nov. 28, and home against Vanderbilt on Dec. 5.

Late last month, it was announced that the SEC would play a 10-game conference schedule only this season. As a result, Georgia’s non-conference games were canceled. The Bulldogs were slated to play Virginia at Mercedes-Benz Stadium in Atlanta, Ga., and host ETSU, ULM, and Georgia Tech at Sanford Stadium in Athens.

This will mark the first season that Georgia and Georgia Tech haven’t played Clean, Old Fashioned Hate since 1924.

Below is Georgia’s complete revised schedule for the 2020 season.