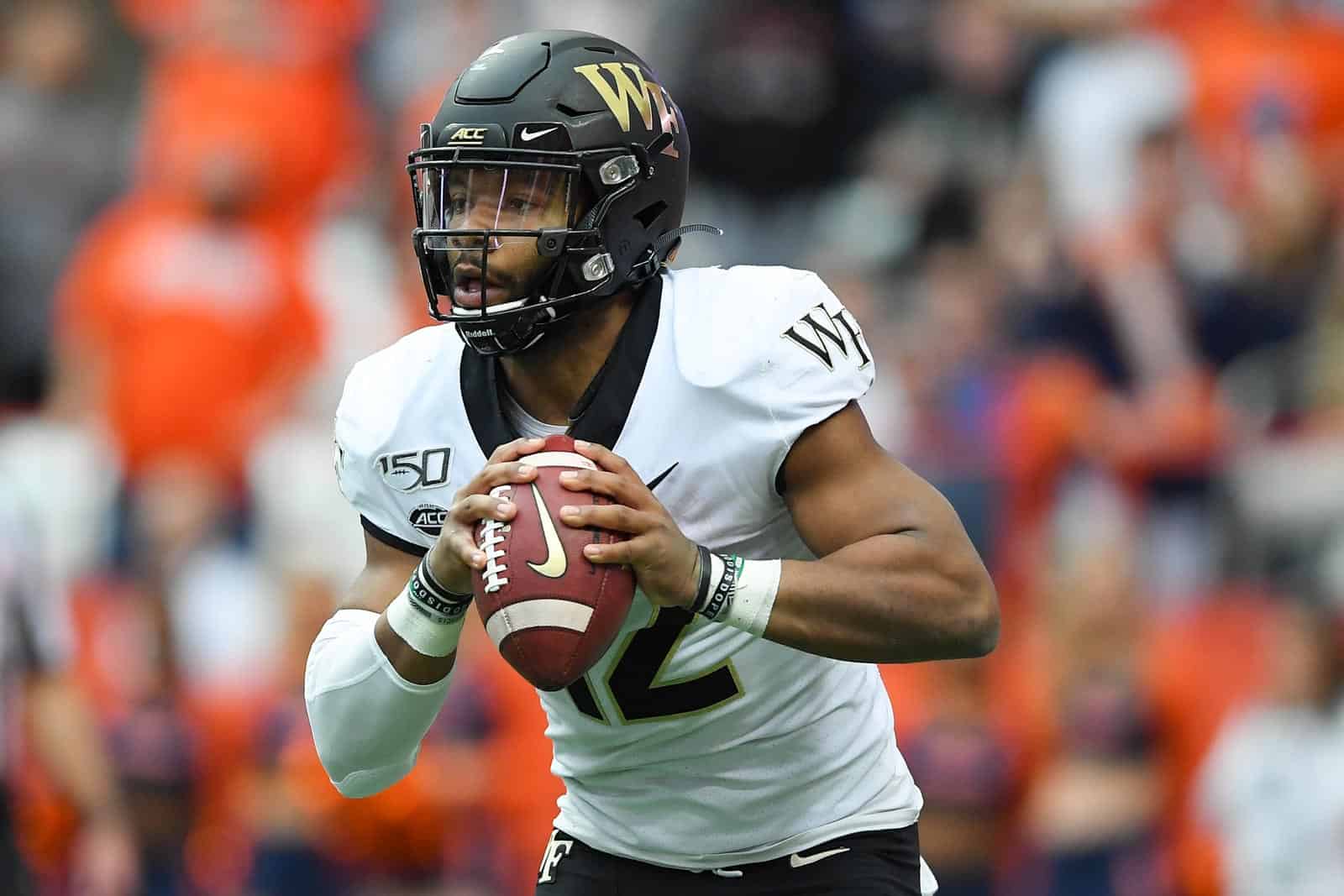 UGA quarterback Jamie Newman has been named to the 2020 Davey O’Brien Award Watch List, the Davey O’Brien Foundation has announced.

The Davey O’Brien Award is an annual award given to the nation’s top quarterback. Newman is one of 30 student-athletes named to this year’s watch list that is based on “career player performance and expectations heading into the 2020 college football season.”

For the 14th season, fans will be able to participate in the voting process for the Davey O’Brien Award at VoteObrien.org. Results from the fan vote will be combined with ballots from the selection committee.

In three seasons for the Demon Deacons, Newman completed 306-of-506 passes for a 60.5 completion percentage. He threw for 3,959 yards and 35 touchdowns against 16 interceptions.

On the ground, Newman has rushed for 826 yards on 245 attempts with six touchdowns.

As a senior at Wake Forest, Newman threw for 2,868 yards and also racked up 574 yards rushing while scoring 32 touchdowns (26 passing, 6 rushing).