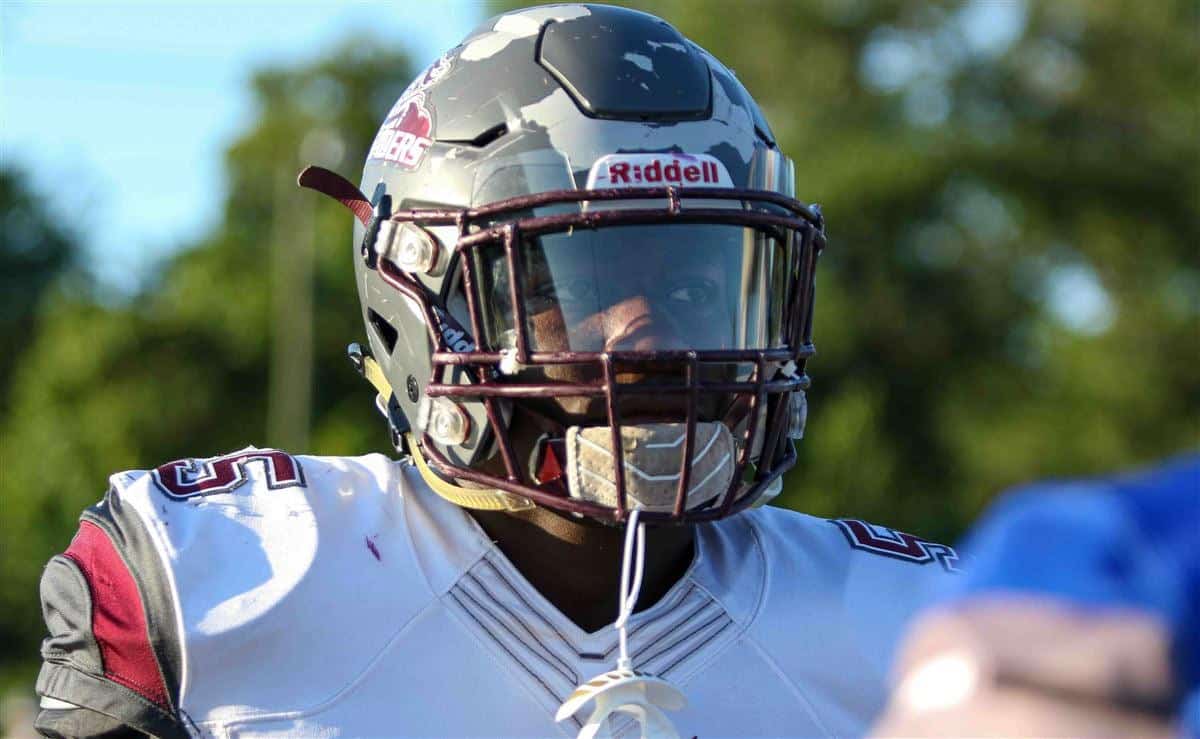 Jamon Dumas-Johnson, a four-star linebacker from Baltimore, Md. (St. Frances Academy), has committed to the Georgia Bulldogs for the class of 2021.

In the 247Sports Composite, Dumas-Johnson is listed as a four-star recruit, the No. 14 outside linebacker, and the No. 214 overall recruit for the 2022 class.

Rivals.com rates Dumas-Johnson as a three-star recruit and the No. 17 inside linebacker in the country.

UGA now has a total of ten commitments for the 2021 recruiting class and it is currently ranked 16th in the country by 247Sports. Ohio State currently has the top-ranked class, but they have eight more commitments than the Bulldogs.