Emerson Hancock selected by Seattle in First Round of MLB Draft

Emerson Hancock selected by Seattle in First Round of MLB Draft 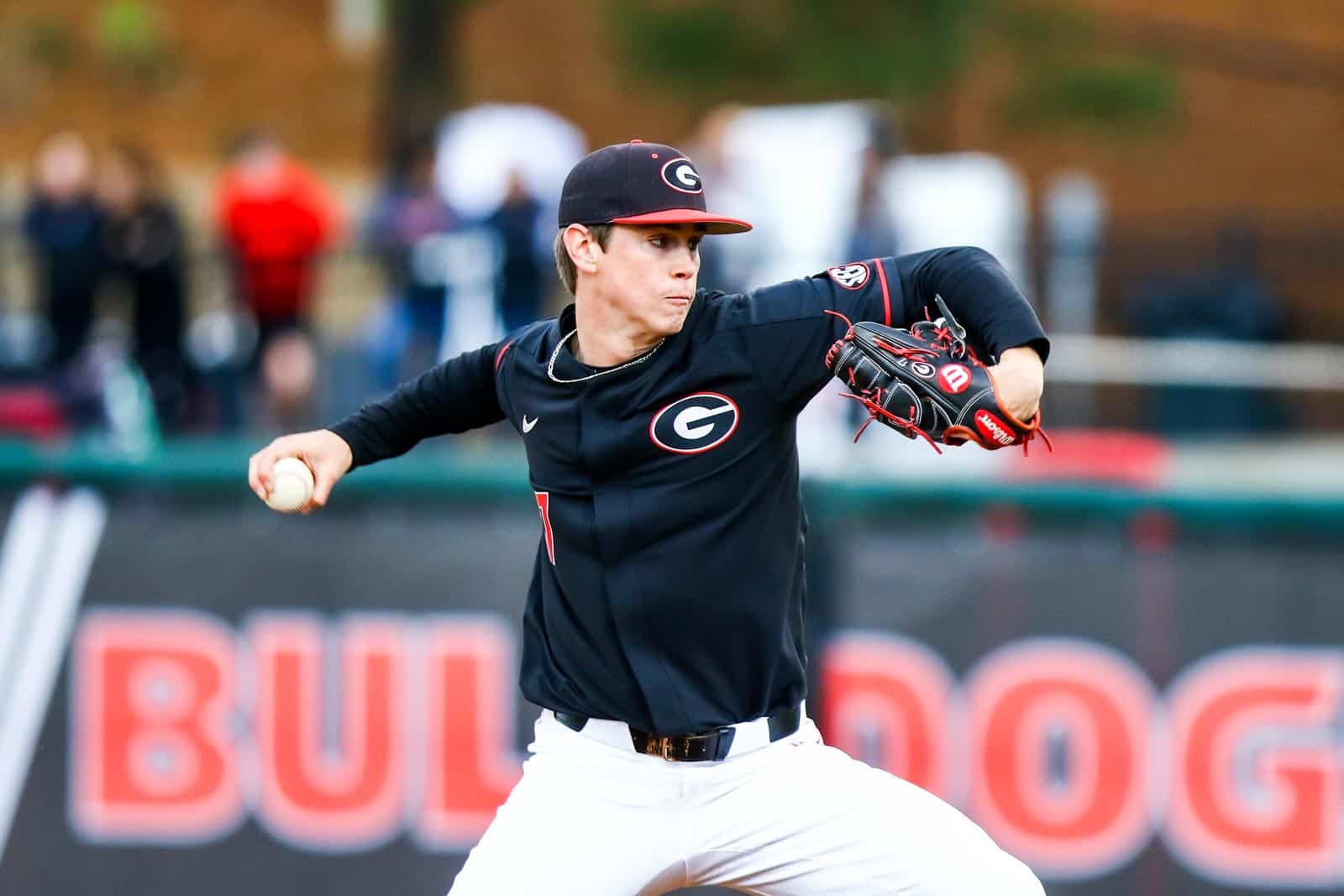 ATHENS, Ga. – University of Georgia Honor Roll student Emerson Hancock made history Wednesday as the latest Bulldog selected in the first round of the Major League Baseball Draft.

Additionally, Hancock, a sport management major, is on the ballot for Academic All-America honors, which will be announced later this week by the College Sports Information Directors of America. Hancock has served as Georgia’s No. 1 starter the past two seasons. He was a consensus All-American as a sophomore in 2019 after posting an 8-3 mark and 1.99 ERA. Following his senior year at Cairo High School, Arizona selected him in the 38th round of the 2017 MLB Draft.

“I think it’s a great fit for me, and I’m definitely excited,” said Hancock who watched the draft in his hometown with family and friends. “I’m very blessed for the Mariners in believing in me, and I’m ready to get to work. I got the phone call and to hear the commissioner call your name, that’s something that hit me hard. It makes you remember all the past experiences, the tournaments, all the things you’ve done to get to this point and to have the special people with you, it hit me really hard.”

Hancock is the highest drafted Bulldog since pitcher Derek Lilliquist went sixth overall to Atlanta in 1987. With the addition of Hancock, Georgia has had 11 players selected in the 1st round (including compensation and competitive balance picks). Two of those 11 have come under Ike Cousins head baseball coach Scott Stricklin and brings the total to 29 Bulldogs who have been drafted during his tenure.

Wednesday’s first round featured a total of 37 picks (the First Round and Competitive Balance Round A selections). The draft will conclude Thursday with rounds two through five starting at 5 p.m. ET on ESPN2 and the MLB Network. A total of 123 picks will be made over the final four rounds.

Georgia has a string of 47 straight seasons with at least one player signing a professional contract and now 43 consecutive years with a player being drafted. Teams will have until Aug. 1 to sign their draft picks. Eight Bulldogs were drafted in 2019, and six elected to sign a professional contract. Third baseman Aaron Schunk was Georgia’s highest draft pick in 2019 when Colorado selected him in the second round. Hancock will join former Bulldog outfielder Keegan McGovern (9thround, 2018) and pitcher Tim Elliott (4th round, 2019) in the Mariners organization.