Georgia to host a virtual G-Day on Saturday

Georgia to host a virtual G-Day on Saturday 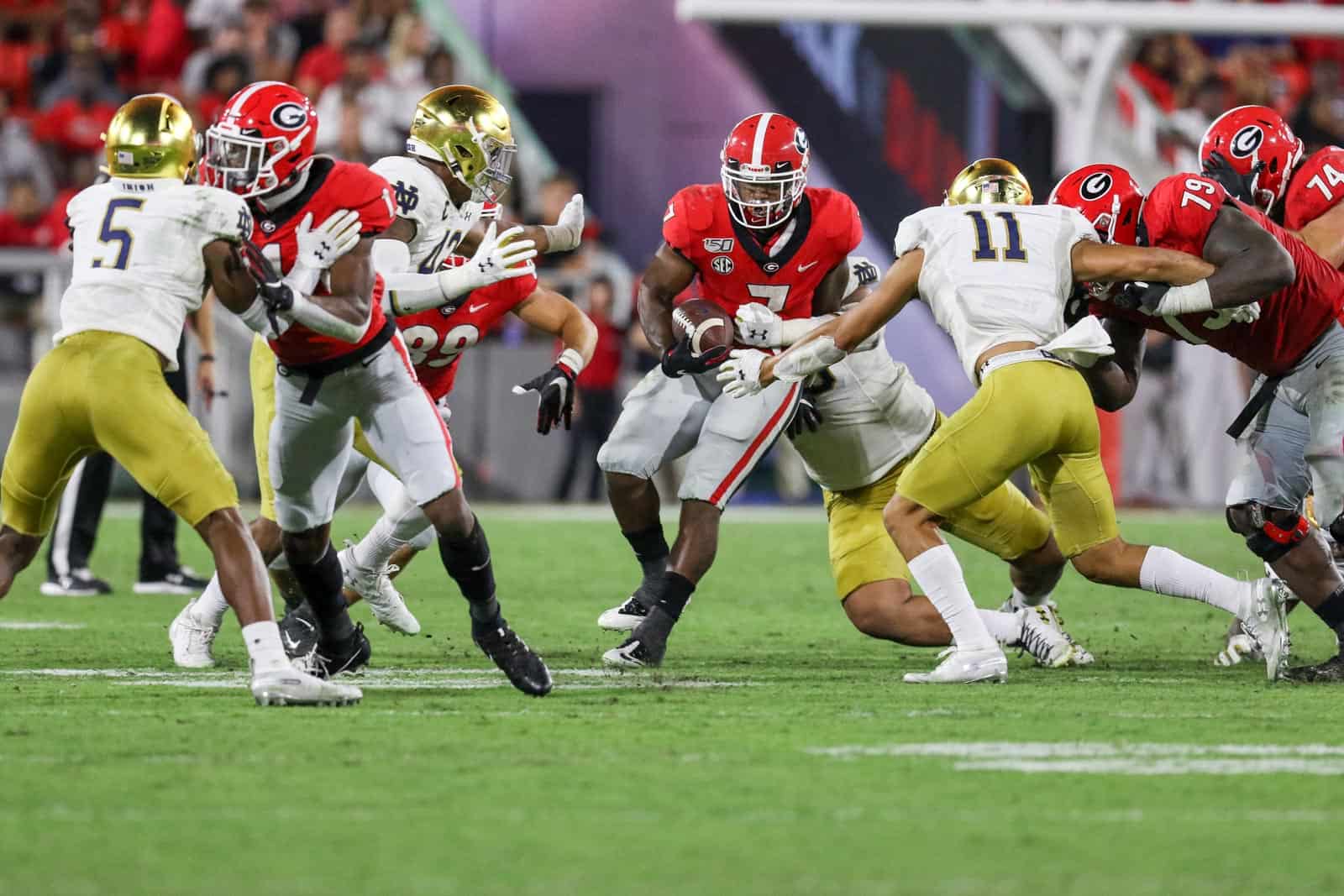 The Georgia Bulldogs will host a virtual G-Day on Saturday, April 18, the school announced on Monday.

The SEC Network will re-broadcast the 2019 matchup between Notre Dame and Georgia starting at 2 p.m. Georgia head coach Kirby Smart will tweet during the game from @KirbySmartUGA as another source of game commentary. In addition, the Bulldog radio crew, including Scott Howard, Eric Zeier and Chuck Dowdle, will have a Facebook live broadcast on the Georgia Bulldogs account as a third-screen experience for fans during the afternoon.

Georgia’s Spring practice and annual G-Day game, scheduled for this Saturday, were canceled due to the novel coronavirus 2019 (COVID-19) pandemic. The virus outbreak could also postpone, shorten, or cancel the 2020 college football season altogether.

The Bulldogs are currently scheduled to open the 2020 season on Monday, Sept. 7 (Labor Day) against the Virginia Cavaliers in the Chick-fil-A Kickoff Game at Mercedes-Benz Stadium in Atlanta, Ga.