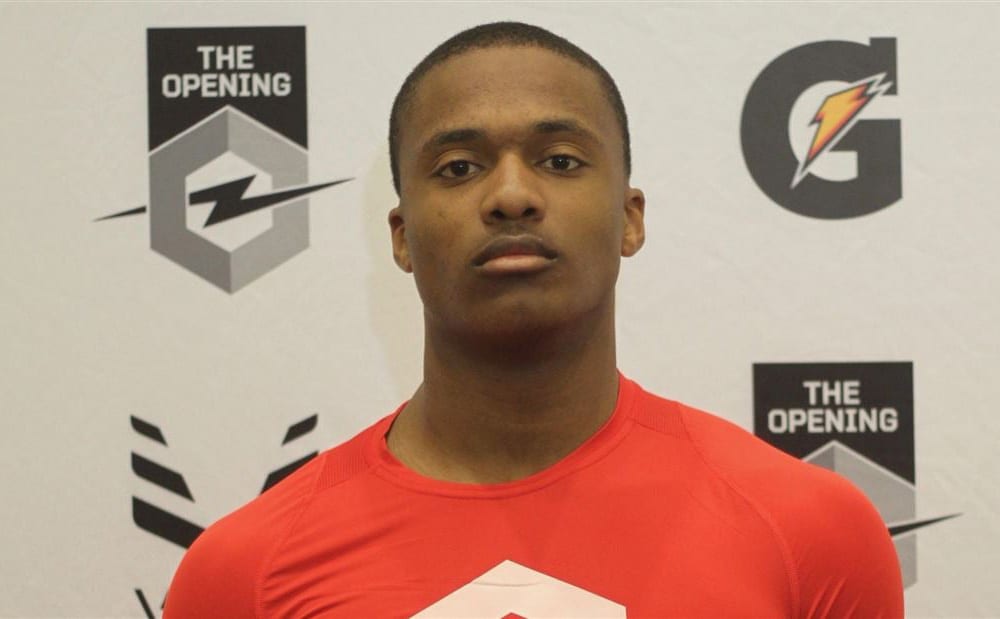 Elijah Jeudy, a four-star defensive end from Philadelphia, Pa., has committed to the Georgia Bulldogs for the class of 2021.

Jeudy announced his commitment to UGA live via his social media accounts on Sunday.

In the 247Sports Composite, Elijah Jeudy is rated as a four-star recruit, the No. 12 weakside defensive end, and the No. 167 overall recruit for the 2021 class.

Rivals.com also rates Jeudy as a four-star recruit. They list him as the No. 7 weakside defensive end and the No. 196 overall recruit for 2021.

Elijah Jeudy is the third commitment since April 8 for Kirby Smart and the Bulldogs. Four-star offensive lineman Micah Morris tweeted his decision to commit to Georgia on that date and was followed by 4-star running back Lovasea Carroll one day later.

Georgia now has a total of seven commitments for the 2021 recruiting class. The Bulldogs’ class is currently ranked 7th in the country by 247Sports despite having nine less commitments than the current top-ranked team, Ohio State.