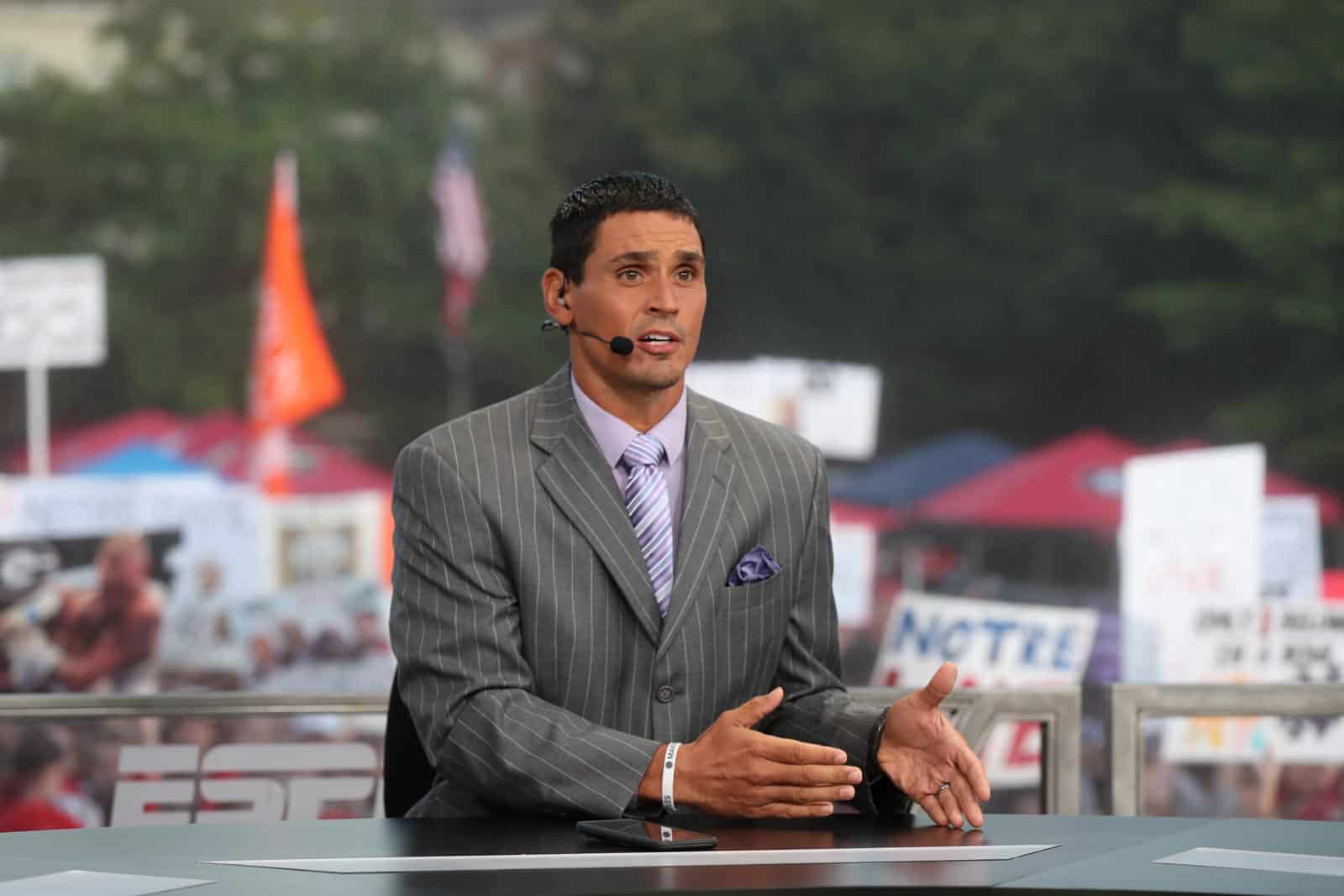 ATHENS, Ga. – Former University Georgia three-time All-American defensive end David Pollack has been elected to the College Football Hall of Fame according to an announcement of the 2020 class Wednesday by the National Football Foundation.

Pollack was surprised with the announcement while on the air during an ESPN Sports Center appearance.

Pollack is the 15th former Bulldog player elected to the Hall of Fame along with four former coaches. While he gained national fame as a player, Pollack has also been on the national stage in recent years as one of the hosts of the ESPN signature college football show, College Gameday.

Pollack was named the SEC’s Defensive Player of the Year in both 2002 and 2004 by the Associated Press and the SEC Coaches. He was the Associated Press Player of the Year in ’02. Pollack was a consensus All-SEC performer three consecutive years (2002-03-04) and was named the league’s Defensive Player of the Week six times during his career. His 14 sacks in 2002 set a Georgia single season record. During his career he also started 45 consecutive games and was named the MVP of the 2005 Outback Bowl after recording three QB sacks, three tackles-for-loss, one forced fumble, one recovered fumble, and one deflected pass. He was named to the Sports Illustrated and ESPN.com “All-Bowl Team.”

He was part of senior class that led Georgia to a four-year record of 42-10, top six final rankings in 2002 (3rd), 2003 (6th) and 2004 (6th), two SEC Eastern Division championships in 2002 and 2003 and the SEC title in ’02. Pollack’s teams also played in four bowl games. He was selected in the first round by the Cincinnati Bengals in the 2005 NFL draft but his career ended two years later resulting from a neck injury.