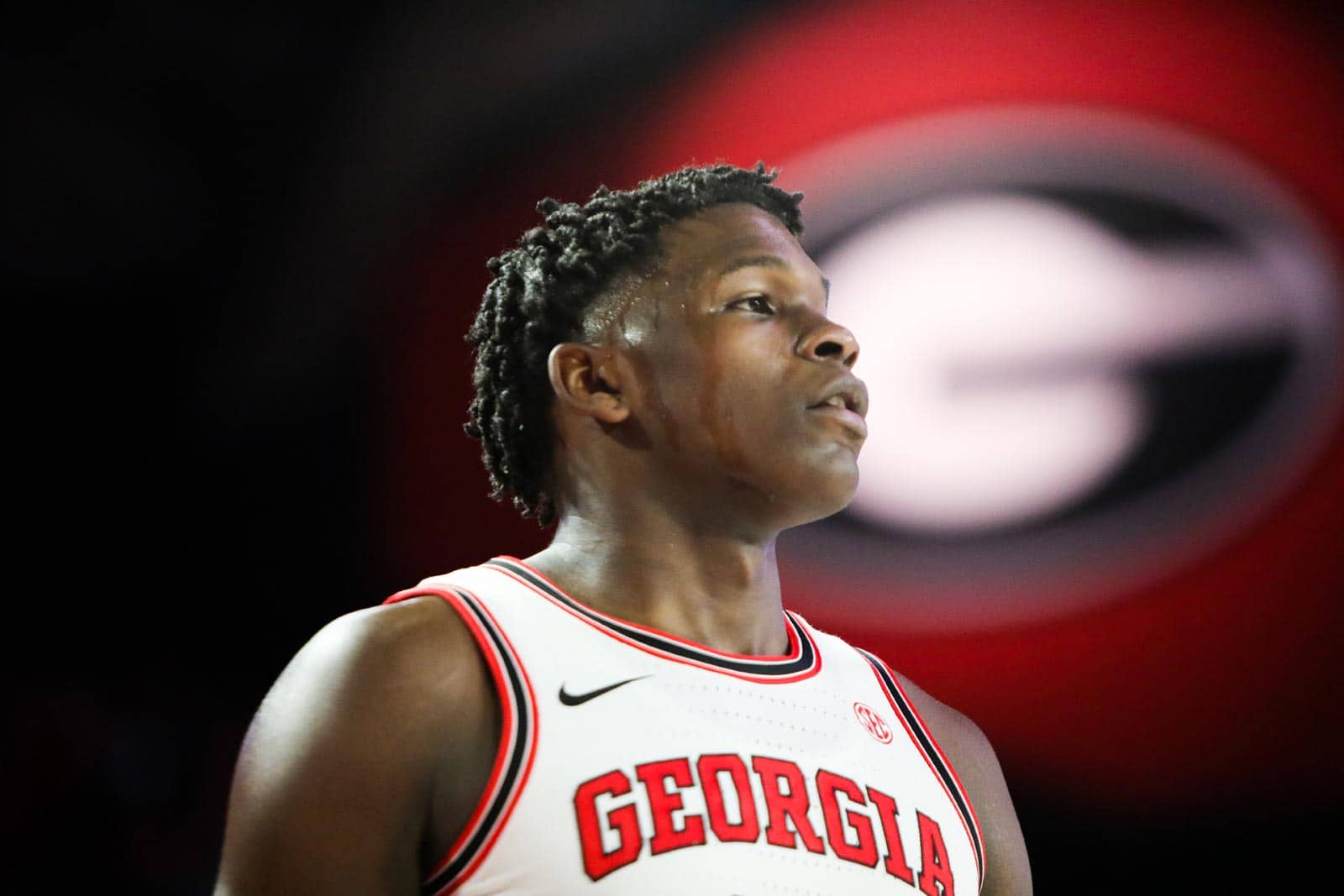 ATHENS, Ga. – Georgia’s Anthony Edwards was tabbed as the SEC’s Freshman of the Week on Monday, the fourth time the Atlanta native has been honored as such this season.

Last week, Edwards averaged 31.0 points while shooting 52.8 percent from the field and 85.0 percent from the line in outings against South Carolina and Arkansas. He posted his 24th and 25th double-figure scoring tallies in 29 games this season, as well as his 11th and 12th 20-point outputs and his third 30-point effort.

On Saturday versus Arkansas, Edwards put up 26 points, including 10 in the final 4:30 of the game as Georgia pushed a three-point lead to a 10-point margin of victory.

Edwards also was named SEC Freshman of the Week last Monday (Feb. 24), as well as on Dec. 1 and Feb. 3. The first accolade came after he averaged 22.3 points in a trio of outings at the Maui Jim Maui Invitational. He was honored the second time after becoming the first Bulldog freshman in over two decades to record consecutive double-doubles in outings against Missouri and Texas A&M. Edwards averaged 18.5 points per game in the Bulldogs’ back-to-back victories over No. 13/12 Auburn and at Vanderbilt prior to being honored for a school-record third time.

Edwards is now one of just 17 players in league history to win SEC Freshman of the Week accolades four times since the award’s inception in 1988.

Edwards is currently No. 2 among Georgia’s all-time freshman scoring leaders with 573 points, 73 shy of Jacky Dorsey’s school record set in 1975.

Georgia is now 15-14 on the season, including a 12-4 record at Stegeman Coliseum. The Bulldogs, who broke their all-time total attendance record with last Saturday’s crowd against Arkansas, will host Florida on Wednesday evening. Prior to the game, the Bulldogs will conduct “Senior Day” ceremonies to honor Tyree Crump, Donnell Gresham Jr. and Jordan Harris prior to tip off at approximately 6:40.