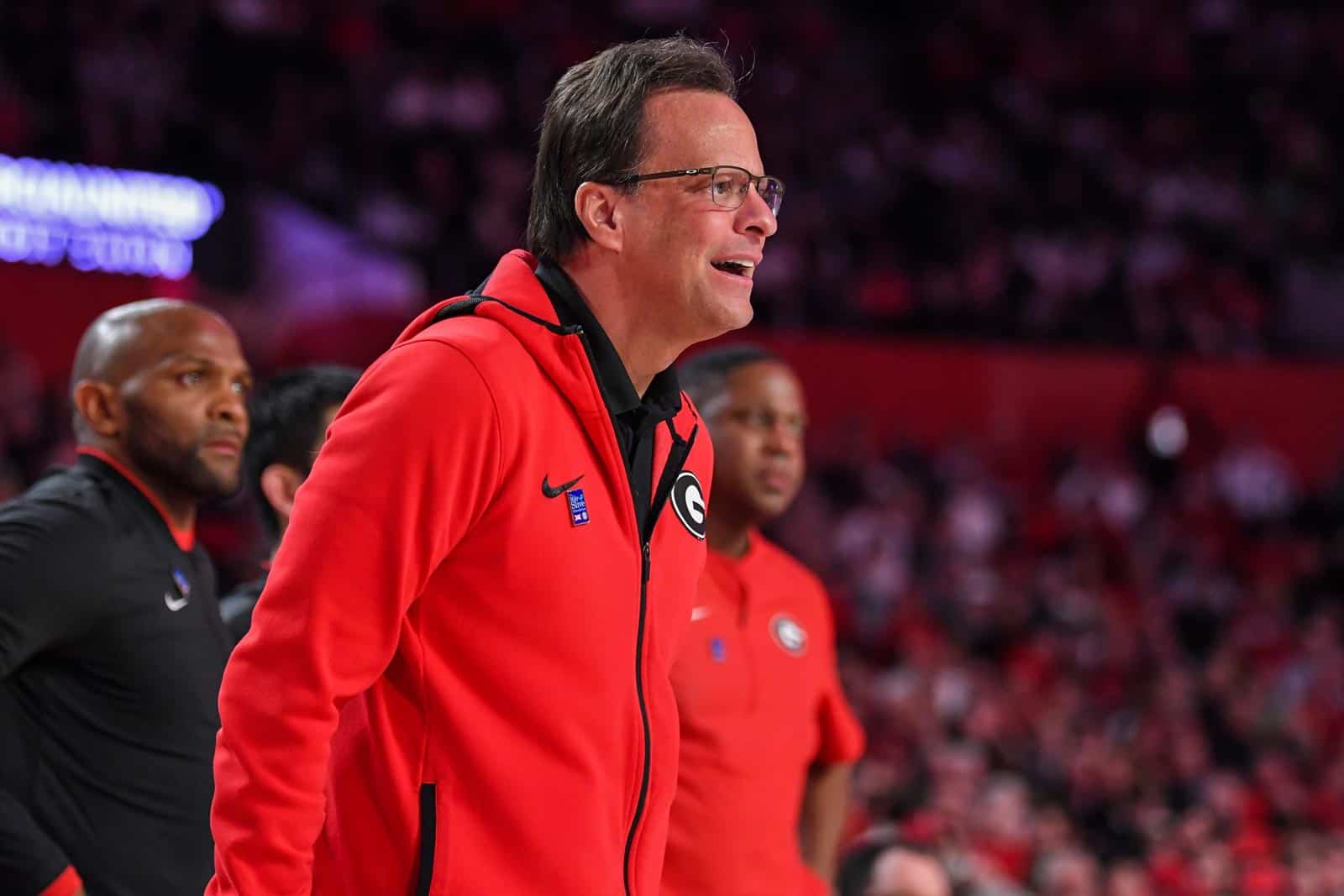 College Station, Texas – The Georgia men’s basketball team was defeated by Texas A&M 74-69 at the Reed Arena on Saturday afternoon. The Bulldogs fall to 12-13 and 2-10 in conference competition.

Junior Rayshaun Hammonds and Senior Tyree Crump led the way for Georgia both in double figure scoring with 15 and 11, respectively. Tye Fagan and Christian Brown also provided a nice spark off the bench, both with eight.

After seven assists on the afternoon, Sahvir Wheeler moved into second on the all-time freshman assists list passing over Bulldog greats Rashad Wright, Moses White and Dustin Ware with 109. He sits solely behind Litterial Green who finished the 1989 season with 133 assists.

“This is why this is such a process here and it makes me so sick to my stomach when we play as hard as we do and we do good things but yet we give the other team 26 points off turnovers,” Head Coach Tom Crean said. “They shoot 53 percent in the second half and we can’t do anything about it because they’re live ball turnovers. It’s guard play, it’s wing play, you name it. It’s not happening. That’s why this is a process…”

After a slow start by the Dawgs, Anthony Edwards got them going after knocking down a quick three, followed by another three by Hammonds to take the lead that they would hold for almost 29 minutes. Another Edwards three put Georgia on a 9-2 run to start the game. Brown had the best half of his young career going 3-5 and ending with eight points. The Bulldogs would end the half making seven of their last nine shots to end the first half, including Tyree Crump who went 3-3 from behind the arc to extend the Georgia lead to nine going into the break.

The Aggies stormed back to open the second half going on a 7-0 run, eventually tying the game before Wheeler hits a huge three to regain the Georgia cushion. Bulldogs went on a run after a pair of Hammonds free throws and a Fagan three extended the lead. Texas A&M pushed back with a run of their own but Fagan and Camara would put an end to that with another three and Wheeler assisted dunk, respectively. Texas A&M would go on to take the lead for the first time since being 2-0 after two free throws by Miller. Coming down to the wire, the Aggies went on to make 5 of their last seven to maintain the lead and hold out until the final buzzer.

Georgia returns home to take on Auburn on Wednesday, Feb. 19 at 7 p.m. at Stegeman Coliseum with television coverage provided by ESPN2.