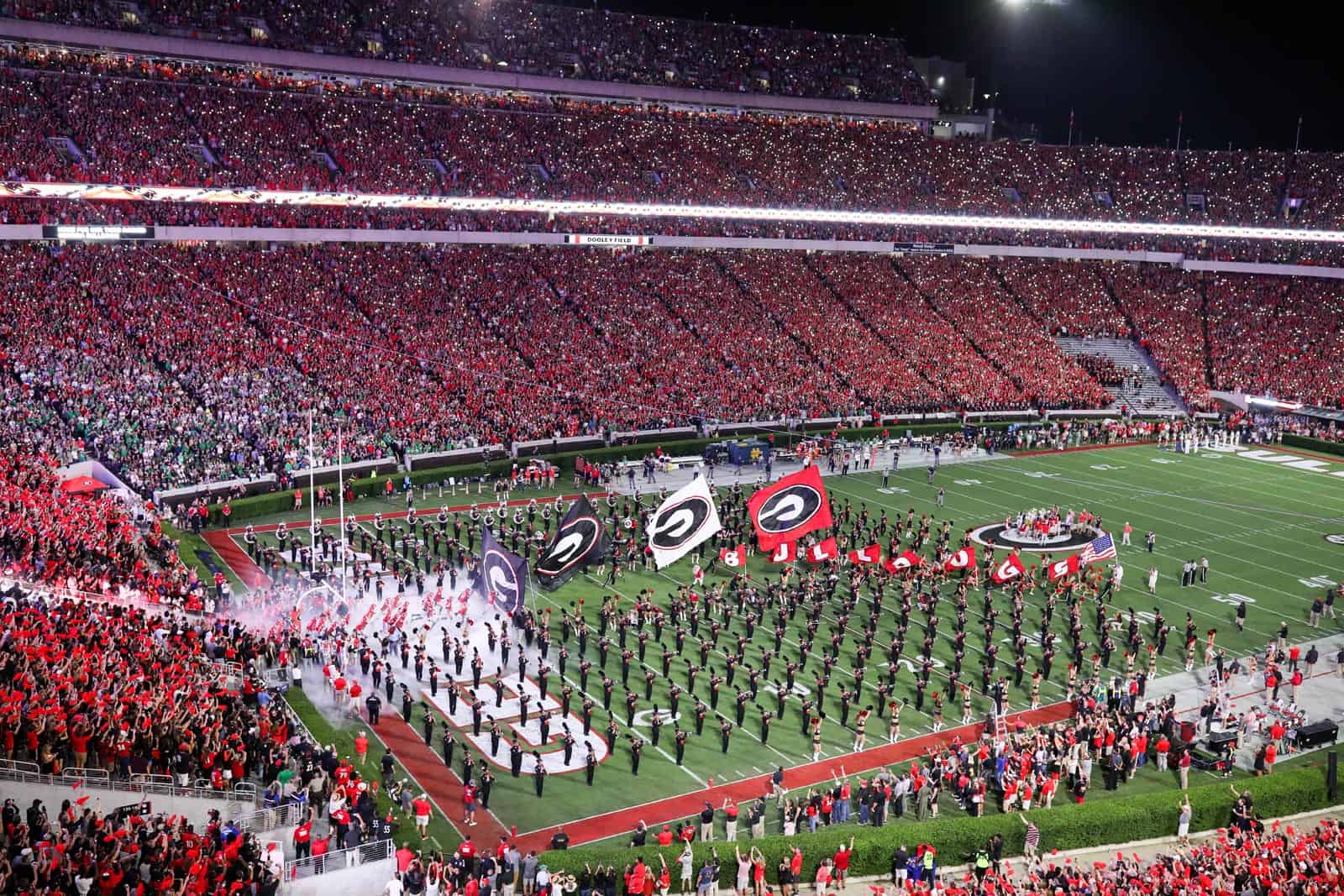 The Georgia Bulldogs wrapped up the 2019 season 12-2 overall and 7-1 in conference play. A win over the Baylor Bears in the Allstate Sugar Bowl moved the Bulldogs up to 4th in both the AP and Coaches polls.

With the 2019 season now complete, the “Way Too Early” college football rankings for the 2020 season are out.

ESPN has the Georgia Bulldogs ranked sixth in their first edition of Way Too Early rankings for 2020. Georgia is slotted behind top-ranked Clemson (1), Ohio State (2), Alabama (3), LSU (4), and Oregon (5). Here is what they had to say about the 2020 Bulldogs:

Outlook: Georgia fans who weren’t happy with the team’s offense in 2019 will get their wish with a complete face-lift. Fromm, a three-year starter and most accurate passer in school history, is off to the NFL draft, along with three starting offensive linemen. Sophomore Cade Mays decided to transfer to Tennessee. Georgia scoured the graduate transfer market for a starting quarterback, and Wake Forest’s Jamie Newman has enrolled in classes at Georgia and will participate in spring practice. Changes are expected on Kirby Smart’s offensive staff as well. Keep an eye on former Cleveland Browns offensive coordinator Todd Monken. Georgia’s defense carried the load in 2019 and should be stout again, especially with safety Richard LeCounte, linebacker Monty Rice and cornerback Eric Stokes electing to return. The Bulldogs open the season against Virginia in Atlanta and play at Alabama on Sept. 19 and against Florida in Jacksonville, Florida, on Oct. 31.

Here’s a look at what five other outlets have Georgia ranked at heading into the 2020 college football season:

247Sports ranks the Bulldogs sixth behind No. 1 Clemson. Ohio State is second, LSU is third, Alabama is fourth, and Oregon is fifth in their rankings.

Like the others, USA TODAY ranks the Clemson Tigers first. Georgia is ranked 11th behind several teams, including Notre Dame (9) and Iowa (10).

The Georgia Bulldogs open the 2020 season on Monday, Sept. 7 against the Virginia Cavaliers in the Chick-fil-A Kickoff at Mercedes-Benz Stadium in Atlanta, Ga. UGA’s first home game is slated for Saturday, Sept. 12 against the ETSU Buccaneers.