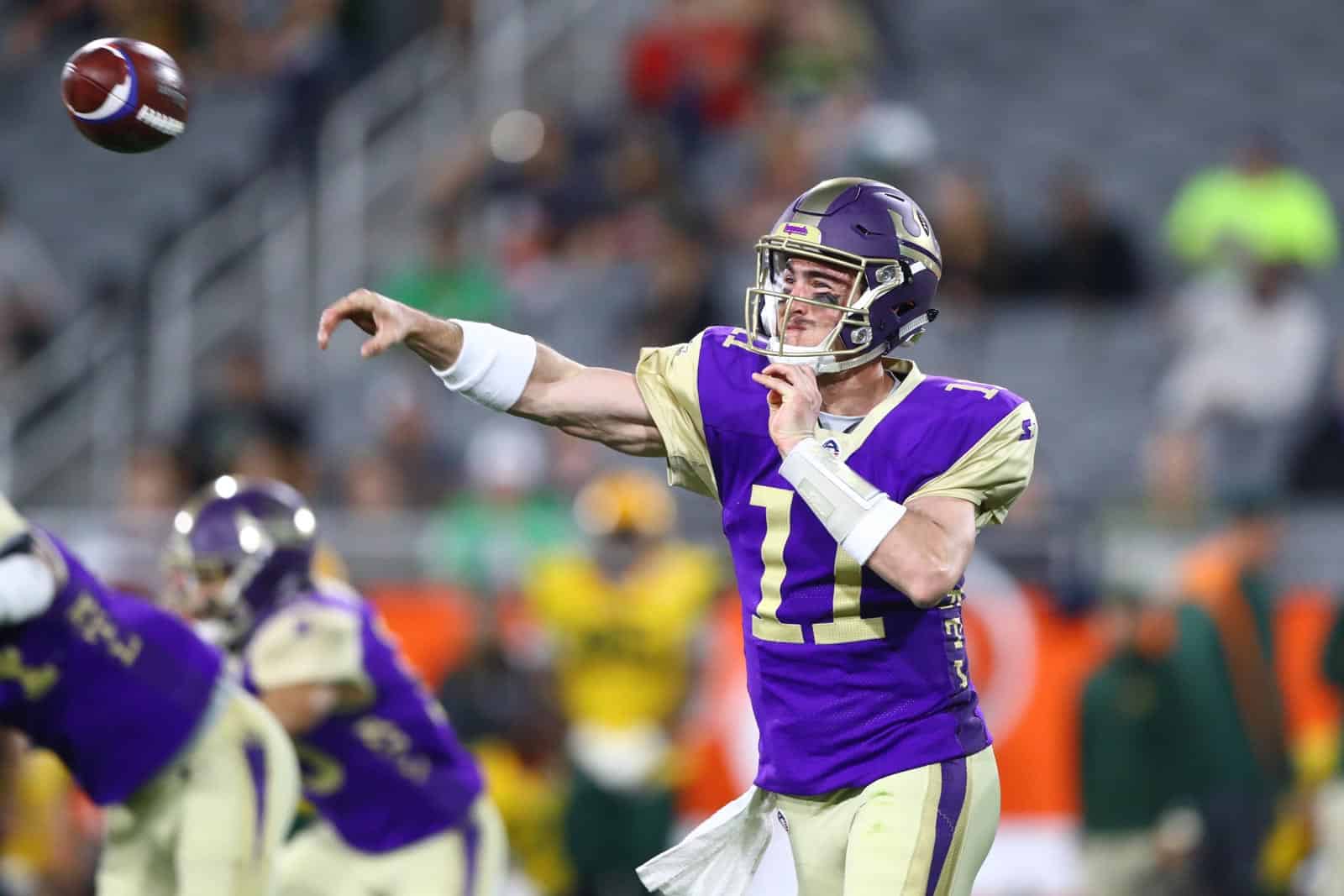 Four Georgia Bulldogs have been included on the team rosters of the new XFL league, which kicks off on Saturday, February 8, 2020.

XFL contests in 2020 will be nationally televised by ABC, the ESPN networks, and the FOX networks.

Below are the four Bulldogs who will play in the XFL in 2020. Three will play for the Tampa Bay Vipers, while one will suit up for the New York Guardians.

Wearing the No. 11 jersey, quarterback Aaron Murray will lead the Tampa Bay Vipers. Aaron Murray signed with the Georgia Bulldogs in 2008, red-shirted, and then played from 2010 through 2013.

Aaron Murray was selected by the Kansas City Chiefs in the 5th Round (163rd overall) of the 2014 NFL Draft. He was released in 2016 and then signed on to the practice squad of the Arizona Cardinals.

Eight days later, Murray was released by the Cardinals. The next day, Murray signed to the practice squad of the Philadelphia Eagles. On March 23, 2017, Aaron Murray was signed by the Los Angeles Rams, but was waived two months later.

Murray most recently played for the Atlanta Legends in the now defunct Alliance of American Football (AAF) league.

Moore will wear No. 31 for Tampa Bay. He played for the Georgia Bulldogs from 2011 through the 2014 season.

After going undrafted in the 2015 NFL Draft, Moore signed with the Houston Texans. He played for the Texans from 2015 through 2017 before spending one season with the Indianapolis Colts.

Moore, a long-snapper, will wear No. 42 for Tampa Bay. He graduated from UGA in 2018 and played all 14 games for the Bulldogs that season.

Moore was signed by the New Orleans Saints as an undrafted free agent in April 2019, but was waived in August.

Johnson will wear the No. 96 jersey for the New York Guardians. He signed with Georgia in 2013 out of Hutchinson Community College in Hutchinson, Kan.

In 2019, Johnson played for the Massachusetts Pirates of the National Arena League. He appeared in nine games and recorded seven sacks.