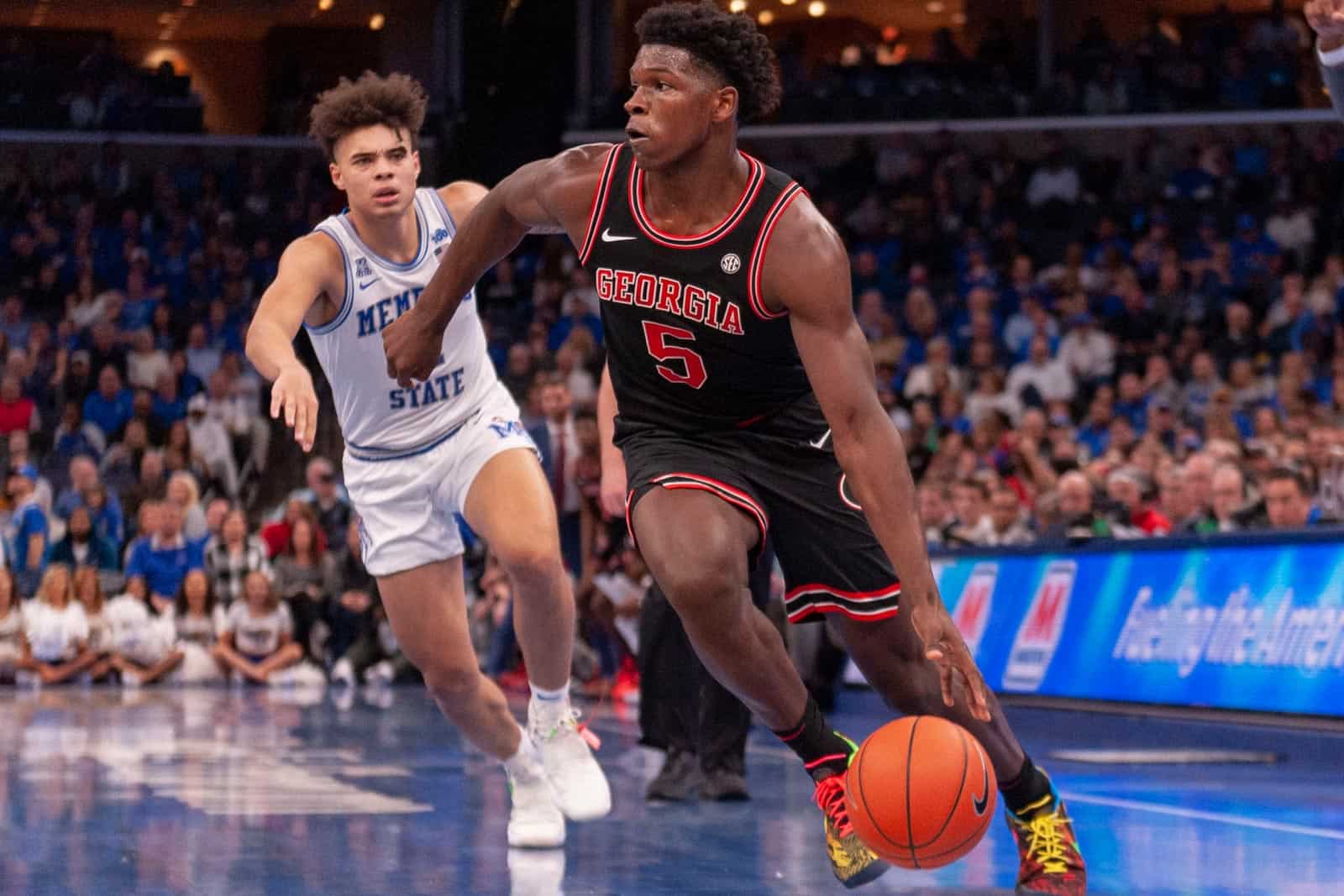 MEMPHIS, Tenn. – The Georgia Bulldogs (10-3) broke the No. 9-ranked Memphis Tigers’ 10-game win streak Saturday afternoon in Memphis, Tenn., with a 65-62 victory over the Tigers.

This was also the third-ever meeting between the two teams, with the last being in 1996. The Bulldogs improve to 10-3 while the Tigers fall to 12-2.

In the fourth game in which the Bulldogs pulled out a win by four points or fewer, four Bulldogs scored in double-figures. Freshman standout Sahvir Wheeler had another great performance off the bench with 10 points and seven assists. Graduate student Donnell Gresham, Jr., added another 12 points and was also Georgia’s second-leading rebounder with eight.

Freshman Anthony Edwards scored 13 points for the Bulldogs while tallying five rebounds and four assists. Junior Rayshaun Hammonds finished the game with his fourth double-double of the season and sixth of his career, totaling 15 points and 12 rebounds.

““They earned this win,” Georgia head coach Tom Crean said. “They really did, because it wasn’t easy. We did not get a lot of trips to the foul line. We were in a situation where we just had to figure out ways to come back and get it done in the game… [Memphis is] a really good team. They are very deserving of their ranking. This is a huge road victory for us, and it was a team effort.”

The Bulldogs pushed the pace to open what would be an exciting first half. To start, Georgia scored its first four field goals in the paint, including two consecutive driving baskets by Hammonds. This helped push the Bulldogs to a 10-5 lead nearly four minutes into the matchup. While Memphis was able to grab the lead less than halfway through the half, Gresham knocked down back-to-back 3-pointers to take the Georgia advantage (15-13).

By the 11:35 mark, however, neither team would hold a lead for long. It was a back-and-forth contest for the rest of the first half, as the teams traded leads 12 times and tied the game on six occasions.

Freshman Toumani Camara’s career-high two 3-pointers were pivotal in keeping the Bulldogs on pace with the Tigers, and the teams headed to the lockerrooms tied 37-all.

The last 20 minutes of the matchup featured an explosive defensive performance by Georgia. The Bulldogs forced two shot-clock violations by the Tigers, the first of which Georgia maximized with a three-point basket by Gresham to tie the score yet again (54-54).

Overall, there would be 20 lead changes and 10 ties between the Bulldogs and Tigers.

Wheeler proved to be an asset off the bench once more for the Bulldogs. Georgia was able to retake the lead on numerous occasions thanks to the freshman, including with under two minutes to play when Wheeler drove up the middle for a jump-shot and 64-61 Bulldog lead.

The Bulldog defense did not allow the Tigers to score a field goal during the last 4:35 minutes of the game. A free throw by Gresham sealed Georgia’s 65-62 victory.

Georgia returns to the Stegeman Coliseum on Tuesday, Jan. 7, at 9 p.m. ET as the Bulldogs take on the Kentucky Wildcats on ESPN.